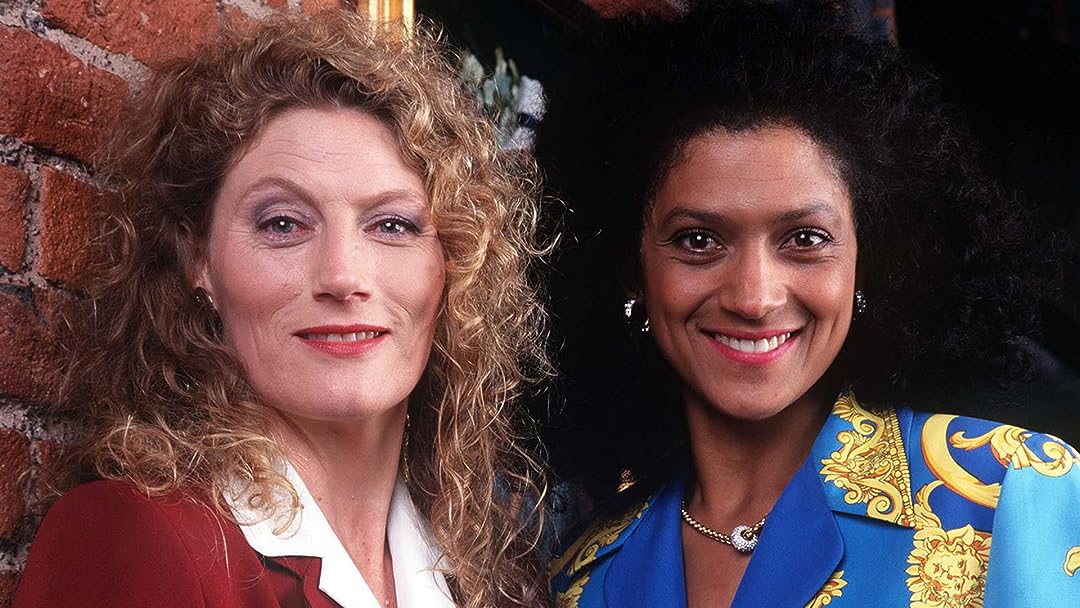 (331)
7.8199713+
In Bradford, England, several desperate streetwalkers (including "Game of Thrones" star Lena Heady, Tony winner Geraldine James, famed singer Barbara Dickinson and two-time Oscar nominee Samantha Morton) team up to run the business for themselves. They must deal with competition, mobsters, moralists, psychos and cops - but at least they have each other and a plan.

Thomas M. SiposReviewed in the United States on September 6, 2016
2.0 out of 5 stars
uneven, unrealistic, unpleasant
Verified purchase
This "series" ran for 3 seasons in Britain. Or ran for three "series," i.e., three years. It can get confusing, because what we call a "season" in the U.S. is called a "series" in Britain. In any event, it ran three years, six episodes per year. So this box set contains 18 episodes total.

It's an uneven show. Some scenes are gritty and mean-spirited. Sometimes the show tries to be heart-rending and heartfelt. Then at times it's more of a comedic farce.

You have a former prostitute who loves her grandkids, and is terrified of losing them. Other prostitutes with kids, whom they love. Another who's trying to track down the kid she gave up for adoption. Some of these prostitutes try to form a cleaning business. A serial killer prostitute, whom we're supposed to sympathize with, because her father abused her as a child.

There's a nasty, borderline psycho cop who's insanely in love/hate with a prostitute played by Cathy Tyson (who seems to be replaying the character she played in [[ASIN:B000EDWLNW Mona Lisa]]. Tyson's prostitute, like Headey's, is all over the emotional map. At times Tyson appears to be acting in a serious drama. Then when a former client leaves her money, Tyson acts all goofy and silly, as if she were in a sitcom version of [[ASIN:B00081U7HC Pretty Woman]]. Especially farcical is how the dead client's nephew tries to legally void the Will by entrapping Tyson in sordid acts, and Tyson's wacky retributions. Then she suddenly stops being selfish and materialistic, and defends the rights of working girls, as though she were in [[ASIN:B000059HAN Norma Rae]].

Another prostitute is a mean-spirited thing, until she's unexpectedly recruited to be a social worker. Then she's all public-spirited, sacrificing for the good of others.

There are a couple of shocking murders (filmed as serious drama), followed by farcical attempts to hide the body. Ha ha.

I guess there's supposed to be a feminist theme that runs through this show. The men are worse than the women. We're supposed to root for the prostitutes, but they're a pretty sordid, unpleasant bunch. Which should clue you in as to how sordid the men are. (Corrupt cops, child molesters, sadistic clients, violent pimps, murderous ex-husbands, etc.) If you're a man, and you want to see how horrible you are, this is a good show to watch. If women are awful, then bad men are to blame. Women, no matter how criminal or deceitful or violent, are victims of male malevolence.

This is an overall ugly series, with uneven, unrealistic characters. No, I've never known a prostitute, or a pimp, or even a social worker or a cop. But I assume that, like all human beings, they each have some emotional consistency. Which is widely lacking among the characters of this series. The tone and themes of the show are all over the map. Of course, I don't blame the actors. The writers and directors are to blame.

"opusv5"Reviewed in the United States on March 19, 2001
5.0 out of 5 stars
Intense, excellently acted drama
I don't know how the show is fitted into this video. I actually didn't know a second season of Band of Gold existed until I saw it recently on a semi-alternative station. While the first was excellently acted, the second graduates from the realistic to the atmospheric, with the central characters, two prostitutes (Cathy Tyson, Geraldine James),one semi-prostitute (Barbara Dickson) and a mother of a fellow streetwalker slain in the first season (I can't remember her name) trying to change their lives through having established a cleaning service. This doesn't last, as they are caught in a spiral of corruption, murder, drug use, heartbreak, suicide, and finally, some semblance of a happy ending for at least one of the characters (Tyson). The performances by Tyson,James,Dickson, Samantha Morton, Tony Doyle, David Bradley, etc. are excellent.This drama is very intense, grim to the point of depressing, yet demonstrates two things: how difficult it is for prostitutes to leave "the lane" and start a new life; that the best dramatic product in the English language does,basically, emanate from the U.K.
7 people found this helpful

marnieisme2Reviewed in the United States on September 11, 2018
5.0 out of 5 stars
Great series!
I am so happy to see Amazon is offering the British series 'Band of Gold' to its Prime menu. I saw this series back in the 90's - loved it then and love it now! Gripping story that depicts the struggle of a group of 'working' women just trying to make ends meet and survive. It is binge worthy IMHO. I didn't realize it had a third season! I'm in the process of binging those episodes now. My only suggestion is to turn on the subtitles..... the accents, at least for me, sometimes are tough to understand. In any case, I highly recommend this series. Thank you again, Amazon, for making this available for watching!
3 people found this helpful

KGReviewed in the United States on June 25, 2012
4.0 out of 5 stars
Excellent as a drama on the lives of prostitutes but only fair as a thriller
Intelligent if slightly awkward melding of a gritty, sad drama of life of the street for working class
prostitutes in the UK, and a somewhat more melodramatic and soapy (if sometimes quite tense)
serial killer thriller.

Unlike `Klute' where the world of hustling and thriller melded seamlessly, here there is a bit more
schizophrenia between the elements. For me, the crime sections, while sometimes effective, were
also quite familiar, and felt like TV and movies I'd seen many times before, whereas the portrait of
the day to day lives of hustlers felt like much more interesting and less often explored in a
non-exploitive way. The killings and investigation feel oddly grafted on.

Bob G.Reviewed in the United States on August 27, 2018
1.0 out of 5 stars
Felony Religionist Demonstrations
Demonstrations of the criminal abuses inflicted on hetero citizens by the felony tax evading, slave mongering, hate mongering against male citizens, war mongering for purposes of "sacrificing" yet more male lives in foreign wars created for the purpose, male baby raping, belligerent blaspheming "religion" gangs. Those unwilling to be feloniously enslaved in their "marriage" fraudocracy, which in the vast majority of instances is but a precursor to felony thefts of male resources in the divorce racketeering industry, are prevented from organizing physically safe environments for males and females to meet and engage in consensual relationships. Even the former places of worship of hetero religion in Nevada, the last state complying with Article I of the US Constitution Amendments "freedom to practice" one's own religion, were shut down with terrorist homosexist medifraud object rape con dumbs circa 1986-87 by the felony religionists Ronny Raygun and Bush the Elder. A criminal purpose mockery featuring Phil Donahue was published after the onset of the feloniously abrogative attacks against hetero religion in which the viciously destructive object rape of males with con dumbs was extolled as being "safe sex" and a major place of worship was desecrated by allowing a lesbian criminal to take OWNERSHIP of a male citizen in the felony religionists' fraud of divorce racketeering. These British demonstration episodes do nothing to alleviate the generalized criminal abuse of heteros intended and perpetrated by those felony tax evading "religion" gangs. Since they are basically supportive of organized crime's felonious abrogations of hetero human and civil rights, these episodes could not rise above a one star rating.
One person found this helpful

MaggieReviewed in the United States on June 26, 2018
3.0 out of 5 stars
Mega drama, somewhat interesting
Started out good. Fairly good acting. Women prostitutes and their lives...alot of drama, violence dealing with men, the women in constant drama...got kind of old. A bit dark.
2 people found this helpful