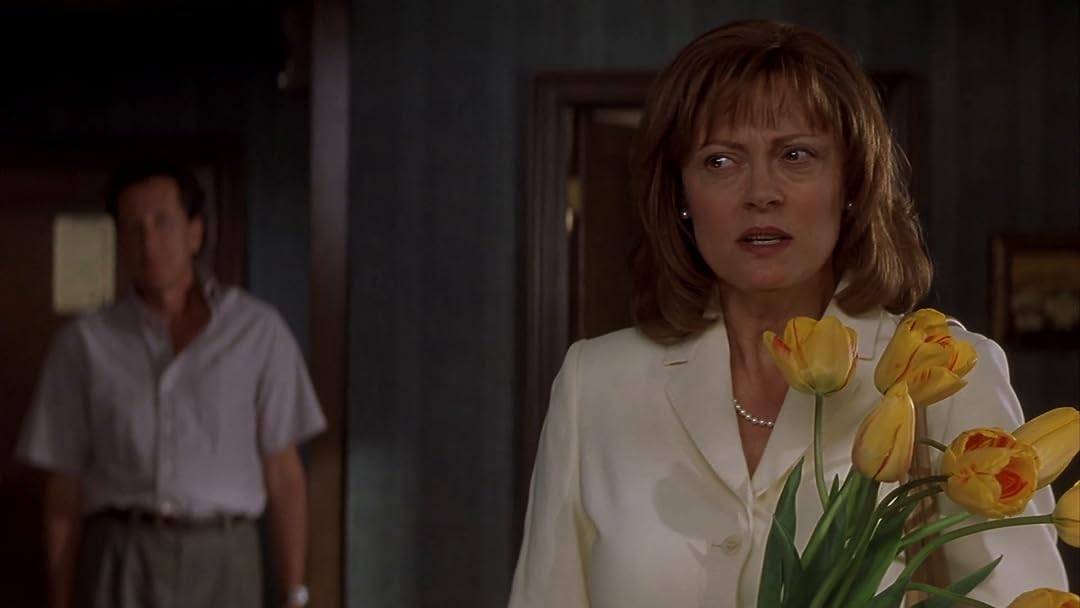 WasabiReviewed in the United States on June 9, 2022
5.0 out of 5 stars
Very funny adult comedy
Verified purchase
This movie was recommended by a friend who was surprised I hadn't seen it. I loved it! Very funny.

Jessica BridgesReviewed in the United States on February 17, 2022
5.0 out of 5 stars
Such a great movie
Verified purchase
Just as i remembered it, so good

Patricia S GoldenReviewed in the United States on January 4, 2014
5.0 out of 5 stars
I loved this movie
Verified purchase
For all of those women who grew up in my era and managed to come out of it as soccer moms, this is a great movie. It helped me remember what fun it was to be bright and blingy. I changed my wardrobe back to bright and beautiful colors. It reminded me of my female friendships and how fun it is to reconnect. It reminded me that there is life beyond running the children around and working to make ends meet so your family can do as well as possible. All of those things are necessary and where would be if all those mother out there didn't put aside their needs for the sake of their children. But we are people beyond being Mrs. this or Mom that.

I became an artist after the age of 50 and my kids were grown and gone. I began to live for myself again and to do what my soul was crying out for me to do. I made relationships with other women and we have been friends for years. And though I am a grandmother and a mother and a wife who adores her husband and family, I am also a bright and creative individual in my own right. This movie reminds me of all of that. This movie speaks to the girl inside the woman. This movie reminds me to dance for myself and not worry about what others think. And it is a favorite of all of my friends. We are getting together at the end of this month for a pajama party and are watching this movie and the yaya's. Go ladies!

Patricia L GomesReviewed in the United States on October 2, 2021
5.0 out of 5 stars
Great Movie.
Verified purchase
Love this movie it's funny and it bought me back to the good old days.
I would highly recommend this movie to my family and friends.

Chet FakirReviewed in the United States on December 6, 2020
2.0 out of 5 stars
Predictable Hollywood fluff
Verified purchase
Goldie Hawn and Susan Sarandon pair up as two people who once had a life in common of being groupies and following bands. One remained in that life, Goldie, while the other moved on and became an adult with a husband and family, Susan. Then they meet up twenty years later and chaos ensues. Except it's not terribly funny and definitely not believable. I suppose the moral of the story, if one could call it a moral, is acknowledge your past and be honest with your loved ones. However there's little if any originality in this predictable litany of Hollywood tropes. It's stunningly by the numbers except perhaps for Geoffrey Rush's character who does possess a bit of character and exhibits some growth. But it's just a bit. Goldie's character is still working in bars following musicians, or trying to but she's way too old. She has no friends and really has no life. I find her character more sad than free spirited. Susan plays the typical Hollywood stereotype of the uptight suburban house wife with bratty daughters and a husband who wants to be in politics. With Goldie's "help" or influence, Susan learns to let her hair down and you know the rest of the movie. There are occasionally glimmers of what this movie could have been if they had been more courageous with the script, but I found it simplistic and ultimately dull. It's really a waste of a very good cast.
One person found this helpful

MaryKReviewed in the United States on August 11, 2021
5.0 out of 5 stars
Great movie!
Verified purchase
This movie reminded me of a friendship I have with someone I have known for 45 years.

ConnieReviewed in the United States on September 2, 2021
5.0 out of 5 stars
Awesome movie!
Verified purchase
Fun movie! Great seller
See all reviews
Back to top
Get to Know Us
Make Money with Us
Amazon Payment Products
Let Us Help You
EnglishChoose a language for shopping. United StatesChoose a country/region for shopping.
© 1996-2022, Amazon.com, Inc. or its affiliates