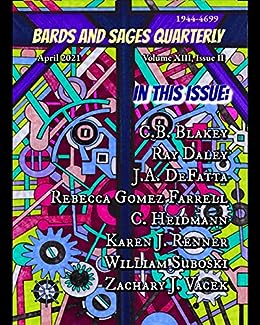 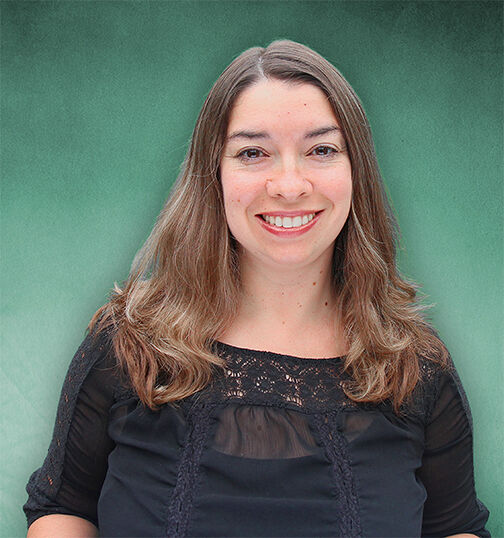 Welcome to The Bards and Sages Quarterly, a journal of speculative fiction. With each issue, we strive to bring readers a wide range of character-driven fiction from established and emerging authors in the fantasy, horror, and science fiction fields. The Bards and Sages Quarterly is the perfect sampler to explore the incredible range of storytelling found in the speculative genres.

Here is a sample of what you will find in this issue:</p?

A young boy discovers that a mathematical miscalculation can result in more than poor marks in Solving for X.

The Big Bad Wolf and Grandmother share more than just an annoyance with a certain girl in red in Grandmother’s Shoes.

A peculiar phone call from her husband is only the first in a strange series of events that upends a woman’s well-manicured life in She Could Be Me.

Rebecca Gomez Farrell still refuses to say Bloody Mary three times into a mirror, though she'll write stories about the people who do. She lives in the East Bay of California, with her tech wizard husband and feline co-workers. Her first fantasy novel, Wings Unseen, was published by Meerkat Press; look for the sequel, Wings Unfurled, in October 2022. Becca's shorter works have appeared or been produced over thirty times in magazines, anthologies, and on websites such as Beneath Ceaseless Skies, The Centropic Oracle, A Quiet Afternoon 1 & 2, It Calls From the Sky, and most recently, Villains and Vengeance.

Becca helms a local chapter of the national Women Who Submit Lit organization, which encourages all writers who identify as women and/or genderqueer to submit their work out for publication. She also co-organizes the long-running East Bay Science Fiction and Fantasy Writers Meetup Group and is the communications manager for the Science Fiction and Fantasy Writers of America.

Her food and drink writing at theGourmez.com influences every tasty bite of her fictional worldbuilding. Author Website: RebeccaGomezFarrell.com. Social Media: @theGourmez. Be forewarned: Her feed will make you hungry.