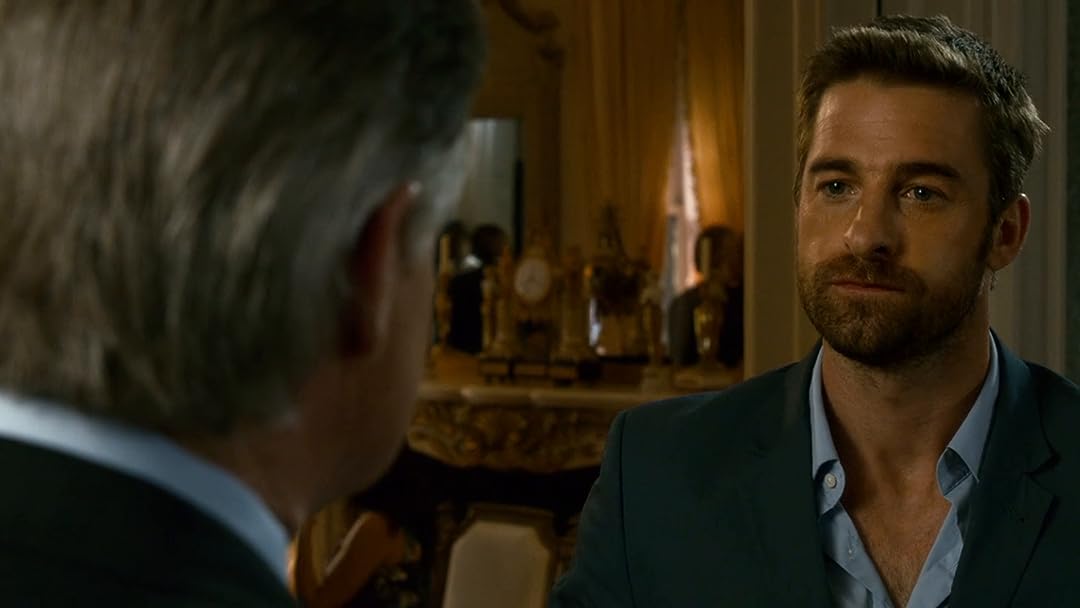 The Good Life: a hot dog with Chili + SlawReviewed in the United States on June 9, 2018
2.0 out of 5 stars
Sleaze for PG-13
Verified purchase
I slipped and did not read the parents review comments in IMDB. This movie had great potential but once again hollywood had to throw in the slease, sex, foul language, and ten minutes in a strip club. I am surprised it is rated PG13. It would have been a great movie if hell-wood had only left out the sleeze. When are they going to learn ? IMDB is a great resource, use it so you don't waste your time on movies like this. BTW the reviews are in the "more" tab on the IMDB website.
72 people found this helpful

TulliaReviewed in the United States on June 12, 2018
5.0 out of 5 stars
Charming, Heartwarming Story
Verified purchase
This is a charming film. Jay, a floor washer, on parole, thwarts a sexual attack on Daisy, an inmate, in a mental institution. When he leaves, she follows him. He tries to convince her to go back, but to no avail. He then decides to take her back home as his date to his brother's wedding. Daisy is naive and totally unaware of the ways of the world. She also is barefoot. She claims that shoes hurt her feet.

Jay's parents are wealthy and live in a mansion which, at first, overwhelms Daisy. She does, however, put on a convincing performance as Jay's girlfriend claiming that Jay has a lot of great deals that he is pursuing, which his parents are greatly interested in learning more about. When the truth is revealed about Jay and Daisy to his parents, Jay steals his father's prize trailer and takes off on a joy ride throughout the land with Daisy. Daisy's love for Jay increases with each mile they drive.

This a heartwarming, charming story. Evan Rachel Wood is superb as Daisy. And Scott Spiedman is outstanding as Jay. The supporting cast is excellent.

Silver_RoseReviewed in the United States on March 20, 2019
2.0 out of 5 stars
TIRED OF MOVIES TOUTING THE CHARM OF IGNORANT WOMEN
Verified purchase
I wanted to like this movie - I really did. I watched 3/4 of it, but couldn't take any more. The guy is a loser, 'cause he's on the wrong path in life. The gal is a loser because of an abusive childhood in which she was locked up in a house with a crazy mother and was never socialized. They're thrown together at the mental hospital where he is a janitor working off his probation and she is a patient. He takes her to his brother's wedding in a last-minute scheme to con his father out of start-up money for a business idea, and the requisite charming things happen. The father is an ass, of course, just like every jerky father character you've seen in films like this. The wise and warm mother teaches the gal how to dress and gives her some clothes. Someone has to teach her how to wear high heels, 'cause she doesn't like shoes. There is the wedding, and some dancing. Things start to fall apart, and they go careening around the country in a beautiful old RV, falling in love along the way. He has to teach her how to drive. Eventually there is the requisite fight that almost kills them both in an RV accident that occurs when she is terribly upset, poor dear, and is weeping and screaming at him, which, for me, was a metaphor for what this movie nearly did. I couldn't bear to stick around for the denouement, but I can guess. He heals her of her social phobias and teaches her lots of stuff about life, and she heals him of his self-destructive behavior. The mother puts her foot down about the father's jackass behavior. The dad stops being an ass and gives his son the money to start the new business. The guy and the gal get married. Everyone lives happily every after. That's probably what happens, but, even if something else happens, I am not in the slightest bit interested! You see, I am sick of women being portrayed as charming or desirable when they are empty vessels that have so little experience that they have to be taught everything. In the process her innate wisdom about SOME LITTLE THING surprises the heck out of the guy and makes him fall in love with her even MORE because, gosh, isn't it wonderful that the gal has this intuitive, simplistic solution for one of life's mysteries, even though she grew up in an empty box? Quelle Surprise! Movies like this make me sick because they say that the less a woman knows, the less experience she has, the emptier she is, the more attractive she is. I find it revolting.
25 people found this helpful

Amazon CustomerReviewed in the United States on July 15, 2018
4.0 out of 5 stars
Naiive some, women sexualized none
Verified purchase
i liked it. it was a nice difference to the usual boy meets girl story. i read the comments after i saw the movie, which is what you should do, you shouldn't let reviews dictate whether you want to watch the movie or not.but onto the review:
i thought the movie has good actors and the "plot" was a fun twist of events. the only thing i didn't like was how it seemed the guy had no actual goals. For someone who was extremely sheltered, OF COURSE they'd understand her naiive-ness
to the comments of 'women being sexualized': first off there were 3 scenes overall in the movie where there was a woman not dressed (beginning scene and 2 strip club scenes), and it was the main character's reaction in only 1 of them. and no sexual ACTS in the movie at all, so I'm not sure where they think it is in the movie..and yes, i'm female.

T. HackettReviewed in the United States on May 29, 2018
5.0 out of 5 stars
Black sheep encounters naive mental patient and has adventures; eventually a love story
Verified purchase
What would you do if you were a screw up, the veritable black sheep of your family, and encountered someone who has NEVER been to school, had no coping skills with the outside world, completely sheltered. This movie is a tale of such a black sheep being forced to reckon with someone who has never been exposed to anything.

This was a classically fun story spun in different directions with, yes, a happy ending but with plenty of the spool still unraveled by the end. Makes you ALMOST wish for a 2nd to explain the missing parts. Still, on its face, its a sweet story of 2 people who actually are kind and deserving of love.
10 people found this helpful

Danyale HarrisonReviewed in the United States on July 27, 2018
5.0 out of 5 stars
Amazing Unique Love Story
Verified purchase
it was a different kind of love story and honestly the most realistic. i say this cause SPOILER STOP HERE!!! like i was saying you have a guy with money gambling issues, a woman who the world thinks is crazy and who knows maybe a small part of her is a bit off due to growing up with a sick mother but the point being is he found love where he had not planned it to be. this has a beautiful ending he needed her more than she needed him <3
10 people found this helpful

Barbara SilkstoneReviewed in the United States on October 4, 2020
5.0 out of 5 stars
Love, love, love it!
Verified purchase
What a delightful uplifting movie. A true feel-good at a time when we need it. Evan Rachel Wood is so adorable in role of girl who has spent her life in isolation. In some ways this reminded me of SPLASH with Tom Hanks. This is not in the same genre but it had that feel of a girl joining a world that had been alien to her. (Not science fiction or fantasy) Pure Rom Com. Highly recommended.
4 people found this helpful

Now and thenReviewed in the United States on October 19, 2020
5.0 out of 5 stars
utterly charming but also about childhood abuse. seems right on to me.
Verified purchase
As an emotionally neglected child myself, the premise that the world is utterly amazing and filled with shocking delights is completely in my wheelhouse. Sequestered and limited by the controlling parent, all remarkable aspects of the world are sharp contrast to the world locked inside mother's bleak and painful home. So this film felt very true to me. Nice to have all the twists and turns that makes for a happy ending by our female lead. She ends up running in to a nice guy, instead of a sociopath. (That may be the part that is a fantasy. Abused girls are like catnip to sociopaths. The two polarities meet far too often.) One reviewer thinks this is about women as empty slates ready to be written on by a man. It's not. It's about the bizarrely trusting and forthcoming naivete that abused and neglected children develop. That's the subtext. Great acting.
One person found this helpful
See all reviews
Back to top
Get to Know Us
Make Money with Us
Amazon Payment Products
Let Us Help You
EnglishChoose a language for shopping. United StatesChoose a country/region for shopping.
© 1996-2021, Amazon.com, Inc. or its affiliates