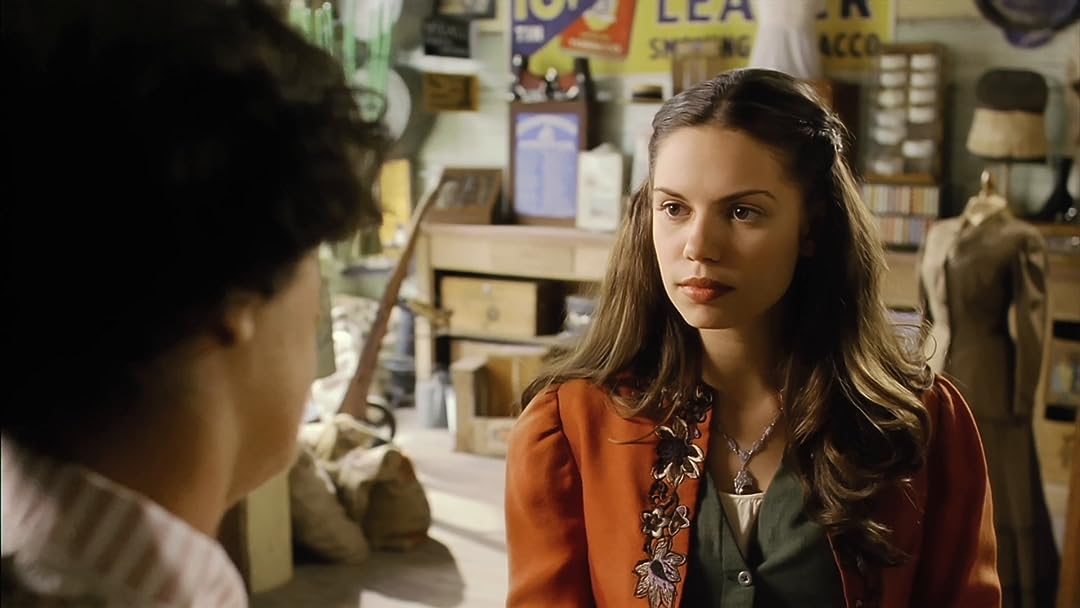 (105)
1 h 44 min2000PG
A picturesque Pacific Northwest community raising its wheat and children in the midst of a nation reeling from World War I sets the stage for The Basket. In a time of pain and prejudice woven against a background of beauty, The Basket ultimately points to triumph and hope in a changing America.

Ron BlachmanReviewed in the United States on October 5, 2020
2.0 out of 5 stars
Awful sound quality, mediocre script, some good actors
Verified purchase
The sound was weirdly bad. It seemed that the dialog had enormous frequency dispersion muddying the dialog and sounding like they were talking through a long pipe. Just awful. The script seemed to be an indirect emulation of "East of Eden" but not a good one. I like Peter Coyote's work and Karen Allen can be wonderful but they'r squandered in this film.
5 people found this helpful

Patty Apostolides (Author)Reviewed in the United States on August 14, 2021
5.0 out of 5 stars
Must watch
Verified purchase
This is a movie you must watch! It covers so many cultures- the culture of the American life in 1918, the culture of the German opera, and the culture of war. It appears to be a simple movie, but there are so many messages at several levels that come at you. I could easily watch it again. The German opera that the teacher shares with the students is a story within the story. It is a running theme and parallels what is going on in the story.

I was amazed at the acting of the young Helmut and his sister Brigitta, the two orphans from the war that lived with the pastor. They embodied everything that was good. The prejudice against them felt real, but over time, because of their good actions, people saw them for who they really were, and not for the country they came from. The running theme of the basket ball and playing to win money for the harvester was a good plot. Overall a gem of a movie!

Mother of CatsReviewed in the United States on November 20, 2020
5.0 out of 5 stars
Brings the era in a small farming community alive.
Verified purchase
I loved this movie. Another reviewer thought that the phrase "under God" was omitted from the pledge of allegiance in this film due to unpatriotic sentiment. I just would like people to know that "under God" was added to the pledge in 1954 so the pledge as recited was accurate for the time period that this movie is set in.
4 people found this helpful

J EReviewed in the United States on November 17, 2020
5.0 out of 5 stars
lol basketball
Verified purchase
a review called this movie unamerican for a perceived anti-war message. that guy may have some issues, i just thought it was a corny movie. definitely has a made for TV feel. some heart-tugging-ness to it. the sound is messed up (prime stream), tin can kind of effect. but only mildly annoying. and maybe not the whole time as i didnt notice it the entire time.
it's not a movie i would recommend or watch again, but i did get a laugh at that old-timey basketball game they were playing. which makes what is probably only a 2 star movie a 4 star. i am gonna give it 5 anyway.
One person found this helpful

ApolloReviewed in the United States on September 17, 2019
5.0 out of 5 stars
Endearing from the beginning
Verified purchase
Brings home the factual that everybody has to reach out and love your neighbor because it's a hard thing to do! I love the whole story.
4 people found this helpful

Paul P. HeffernanReviewed in the United States on September 8, 2016
4.0 out of 5 stars
Wrong aspect ratio
Verified purchase
I would have given this movie five stars except for the wrongly produced aspect ratio. This DVD is labelled as 'widescreen' and 'enhanced for widescreen TV' but this is incorrect. The video displays as a weird approximation of 2.4:1 with black bars top and bottom and with the picture squeezed down to about half of the correct height. This requires a bit of fiddling with the zoom settings on my widescreen TV to get a watchable picture. Since my projector does not have the same facility I cannot project the movie at the size I would prefer to match Don Caron's splendid score. I suggest that potential buyers should not be put off by this mistake in encoding the DVD as I believe most modern TV sets can be adjusted to make the picture viewable. The movie is a treasure and I am so glad that I have just discovered it. Look for the soundtrack on CD also as it is wonderful if you can appreciate a gorgeous operatic score.
One person found this helpful

Michael A MyersReviewed in the United States on October 21, 2020
5.0 out of 5 stars
Good little movie, terrible sound quality
Verified purchase
While I had seen this little gen of a movie before, the sound quality provided for it here was awful. It was hard to listen to parts of it that were making some jet like noice that grew from small to larger. Fix the sound, Amazon!
One person found this helpful

BubbaReviewed in the United States on January 18, 2022
2.0 out of 5 stars
the sound is unbearable
Verified purchase
I read the reviews about the sound being pretty bad but I thought if it was a good movie it wouldn't matter that much. Well, the first part of the movie didn't seem that great and with the terrible sound I just couldn't keep watching it.
Surely the original sound track wasn't that bad; fix that and I might give it another go.
See all reviews
Back to top
Get to Know Us
Make Money with Us
Amazon Payment Products
Let Us Help You
EnglishChoose a language for shopping. United StatesChoose a country/region for shopping.
© 1996-2022, Amazon.com, Inc. or its affiliates