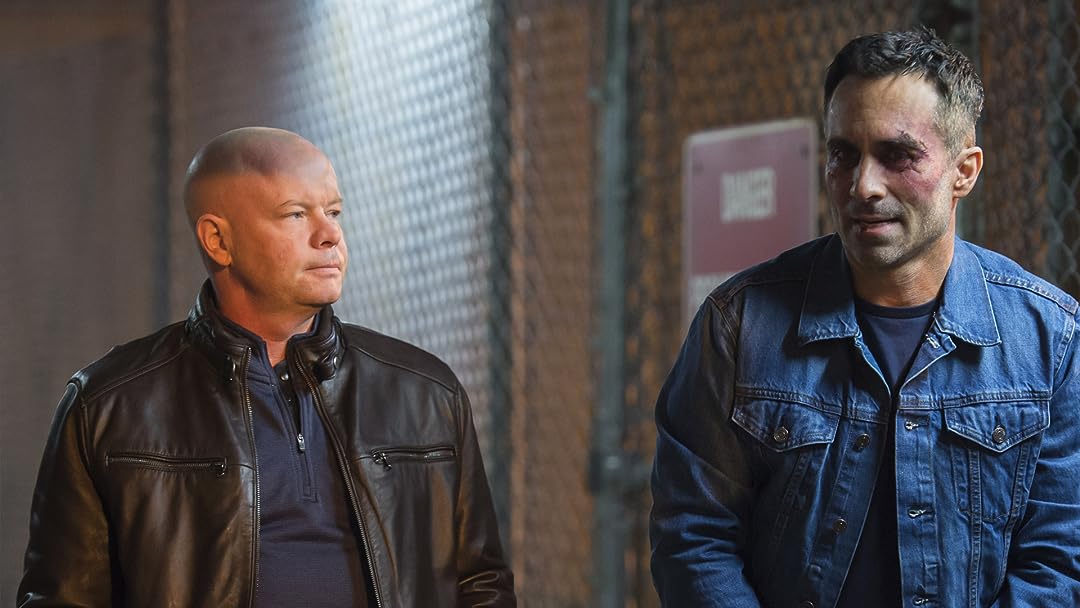 (739)8.12017TV-14
Emmy-nominated actress Vera Farmiga returns for double duty as executive producer while also reprising her role as 'Mother’ who is very much alive and well but only in the twisted, complicated mind of 'Norman Bates’ played by Freddie Highmore. Grammy Award winner and series super fan Rihanna checks in to play the role of 'Marion Crane,’ putting a newly reimagined spin on the iconic character.

Mark88Reviewed in the United States on March 31, 2017
5.0 out of 5 stars
So Intense. So much Suspense. Thanks for such an awesome series! *****
Verified purchase
This series is so suspenseful and intense. I started watching in season 4 and got hooked. Vera Farmiga's performance deserves some recognition. I had never heard of Freddie Highmore before this series but he is delivering a 5 star performance as well. It's easy to get drawn in as there are many intense subplots and nothing is boring. It leaves you wondering whats going to happen next and makes you wish you didn't have to wait a whole week to watch the next episode. On a side note, Rihanna did her role quite well. Of course she is no Vera Farmiga, but I thought she delivered a very good performance as Marion. Overall, I am amazed at how well this series was thought out. Its extremely well written with great acting. Of course, there is some blood so its not for everyone. So far season 4 and 5 are my favorites. Can't wait until Monday night!
7 people found this helpful
Report abuse

Jeffrey ElyaReviewed in the United States on July 9, 2018
4.0 out of 5 stars
Does okay, but not perfect
Verified purchase
Just finished watching the series a couple of weeks ago. The Psycho legacy leaves audiences now with plenty of material that's stemmed from the original 1960 film. The TV series is easier on younger viewers because of its contemporary spin. Both Vera and Freddie are great and Freddie Highmore literally disappears into the role of Norman Bates. The series is well acted, but shouldn't be something to be taken too lightly on a subject in conversation. My only beef is that the writers bring closer, which, to the older fans of the franchise won't sit as well. Honestly, I was waiting for Norman to plead insanity, where he actually gets away with murder, which is exactly what happened at the beginning of the first sequel back in 1982, and that's not much of what I'd call a spoiler. Still worth the watch, and the next time I pick up the series, I'm probably going to binge from start to finish.
2 people found this helpful
Report abuse

QueenRobynReviewed in the United States on June 14, 2017
5.0 out of 5 stars
Better than the movie!
Verified purchase
If you have not watched the entire 5 seasons of Bates Motel then you are so missing out on some great TV. Freddie Highmore should get multiple emmys for his work, he is phenomenal as Norman Bates. Highly recommend.
6 people found this helpful
Report abuse

Ashley DianeReviewed in the United States on June 21, 2017
5.0 out of 5 stars
Fabulous series
Verified purchase
This review is for the entire series of Bates Motel.

In my opinion this show is incredible. They did a great job of casting and directing. I was truly disappointed that it had to end which rarely happens which me. The mixture of darkness and humor is what sucked me in and then I was hooked. This is definitely a series I plan on watching over and over.

Johnny LippeattReviewed in the United States on June 23, 2017
4.0 out of 5 stars
A well crafted series from begining to end.
Verified purchase
The setup was perfect for this series. One thing that I will say is having the series setup when you can't really tell when it's set is great. We all know the movie and some have read the book too. I was impressed that Norman's history was so well crafted by the writers. The writers never tried to extend the series past what it should have been and lets face it most series need to end after 5 seasons anyway.
One person found this helpful
Report abuse

MediamanReviewed in the United States on October 2, 2017
5.0 out of 5 stars
Must See If You Watched Seasons 1-4
Verified purchase
Lots of fun .... very creepy... but that is what you watch a movie like this for, isn't? Freddie Highmore, the young man playing Norman was fantastic... see that he is now on television playing the part of a doctor with special powers! Perfect actor for the role... Obviously if you have watched Seasons 1-4, you have to watch Season 5 to see how it all ends!
3 people found this helpful
Report abuse

R. D. PackerReviewed in the United States on November 21, 2017
5.0 out of 5 stars
Unforgettable!
Verified purchase
I truly will miss this outstanding show! Incomparable writing and acting! I was addicted to all five seasons! So very well done on every level! It was so easy to get caught up in the lives of Norma and Norman and all the other characters! What a ride it was! Will be watching the series on dvd in the years ahead!
2 people found this helpful
Report abuse

R SeiberReviewed in the United States on November 17, 2018
1.0 out of 5 stars
Implausible
Verified purchase
This entire series seems implausible to me. The only reason why I purchase it is for my Sister who likes it, poor thing.
How can Bates Motel be a prequel to an old film like Psycho when it takes place in our present time?!

One person found this helpful
Report abuse
See all reviews
Back to top
Get to Know Us
Make Money with Us
Amazon Payment Products
Let Us Help You
EnglishChoose a language for shopping. United StatesChoose a country/region for shopping.
© 1996-2021, Amazon.com, Inc. or its affiliates