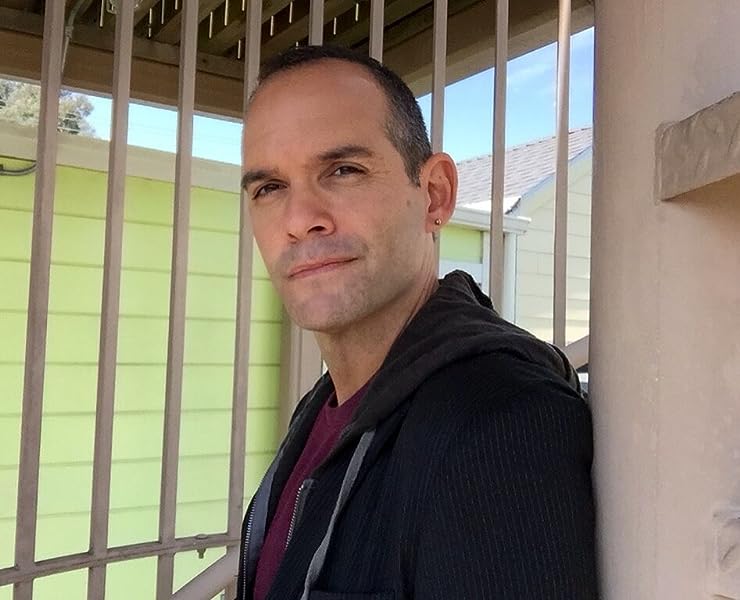 by Judd Winick (Author), Various (Illustrator)
4.4 out of 5 stars 48 ratings
See all formats and editions
Sorry, there was a problem loading this page. Try again.
With Bruce Wayne gone in the wake of BATMAN: R.I.P., Dick Grayson -- formerly known as Robin and Nightwing -- becomes the new Batman. And it's not long before the city's criminals put him to the test! With The Penguin intent on becoming Gotham's new crime kingpin and Two-Face waging a war of his own, how can any hero, let alone one who's just stepped into his role, stop them -- especially since he also has to round up a posse of escaped criminals who've broken out of Arkham Asylum!
Read more
Previous page
Next page

clairetoldmetochangemyscreenname
4.0 out of 5 stars Great Story Arc in the Short Lived Batman Reborn
Reviewed in the United States 🇺🇸 on October 7, 2016
Verified Purchase
Winick's short, but sweet, take on the all too short-lived Batman Reborn. After the Battle for the Cowl story arc, Dick Grayson is left to inherit the mantle of Batman now that Bruce Wayne has been killed by Darkseid (in Final Crisis). Winick's story opens the new era of the on going Batman series with this clash between the former Nightwing and Two-Face. I personally loved Batman Reborn and wished it would have lasted longer before Bruce's inevitable return (and I also always hated that Bruce hadn't died but was merely "lost in time"). The idea that Nightwing not only has to prove to himself that he is worthy of Batman's title, but also that he must prove it to the criminals of Gotham (in this case Two-Face) is a terrific take for the story. While Batman Reborn was axed too soon in favor of resurrecting Bruce, this was one terrific collection.
Read more
2 people found this helpful
Helpful
Report abuse

Xavier Zavala Heras
4.0 out of 5 stars Batman: Long Shadows
Reviewed in the United States 🇺🇸 on June 13, 2011
Verified Purchase
Much, much, much, much , MUCH better read than I could ever expected.

Long Shadows is a great book. Short but great. I would put this book between Battle for the Cowl and Batman Reborn.

If you want to enjoy the first adventures of Dick Grayson as Batman, and/or the reaction of the Bat-Family to Batman's dissapearing, then this is your book.

The art is also great.

I just enjoyed this so much!!!.
Read more
2 people found this helpful
Helpful
Report abuse

David Keith
5.0 out of 5 stars Best Batman Book Since the 70s!
Reviewed in the United States 🇺🇸 on May 19, 2011
Verified Purchase
I totally loved this book. It's sure a refreshing change from the Bruce Wayne Batman and even more of a relief from the Grant Morrison books. Dick Grayson is a wonderful Batman, one that is much lighter in spirit. He even smiles. It's my opinion that Frank Miller's Dark Knight pretty much ruined Batman in the long run. Batman's become so dark and grim since Dark Knight, he's been intolerable to read. For me Batman hit his peak with the Neal Adams and Jim Aparo runs in the 70s. This volume harkens back to those glory days. Highly Recommended.
Read more
3 people found this helpful
Helpful
Report abuse

Amazon Customer
3.0 out of 5 stars A Quality Batbook
Reviewed in the United States 🇺🇸 on December 4, 2012
Verified Purchase
I enjoyed Batman: Long Shadows. While not at the same level as Morrison's or Snyder's takes on Grayson as Batman, this was still a better than average story. What I liked in particular was the exploration of Alfred's feelings toward the passing of Bruce, something I don't remember being covered in this detail in other Batbooks. I also enjoyed the dialogue between Dick and Alfred which was quite funny and had an honesty to it. Nothing too original with the rogues, but I thought they were intelligently written as well. Long Shadows will lead me to read more by Judd Winick.
Read more
One person found this helpful
Helpful
Report abuse

Jensen
5.0 out of 5 stars Fun With Grayson
Reviewed in the United States 🇺🇸 on December 27, 2010
Verified Purchase
What I really liked about this book was seeing the difference between Bruce and Dick. Dick is flying through the air beating on people with a smile on his face where Bruce would never do that. Dick is having fun. I really like the fun, easy going attitude of Dick. As the other reviewers said this book is about Nightwing taking over as Batman his own way while fighting the bad guys.
Read more
11 people found this helpful
Helpful
Report abuse

Brandon Kilgore
4.0 out of 5 stars Fun story, great art
Reviewed in the United States 🇺🇸 on May 3, 2014
Verified Purchase
Great start to Grayson's run as Batman and the art from Bagely, known mostly from the Marvel comics, shows Batman and his world in an exciting new light.
Read more
Helpful
Report abuse
See all reviews

ABCDEFGH1234@*
4.0 out of 5 stars Not groundbreaking, but it is a good underrated story.
Reviewed in the United Kingdom 🇬🇧 on April 19, 2020
Verified Purchase
Well, the first official outing for Dick Grayson as Batman.
It’s a hardback, it’s out of print and decent paper, glossy but fairly thin.
I loved Dick Grayson as Batman with Black Mirror being my personal favourite.
Now taking Black Mirror into account, is this comic as good?
No.
Is it an underrated story?
Yeah, it is.
It’s a brilliant start and introduction to Dick as Batman.
It’s shows how he deals with the pressures of being Batman, so it scratches down a lot of layers to show how damaged Bruce is and how down to earth Dick is.
Is it essential?
Well, for completists yes, for casual reading then no.
I got my copy secondhand, good quality.
It’s a fun comic, you see Dick trying to come to terms with losing Bruce Wayne and getting the blessing of Superman and Wonder Woman.
It’s a lovely scene.
As I said, it’s not essential, but it does continue continuity.
Read more
Report abuse

Dean Thornton
4.0 out of 5 stars This graphic novel looks very good!
Reviewed in the United Kingdom 🇬🇧 on October 12, 2019
Verified Purchase
The book arrived today, and, was as described by the seller! Very good. Thank you.
Read more
Report abuse
See all reviews