The Battle for the Soul of Capitalism and millions of other books are available for Amazon Kindle. Learn more 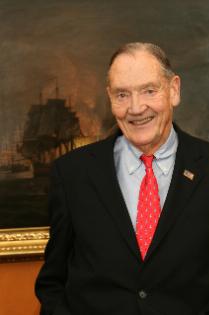 The Battle for the Soul of Capitalism Paperback – November 27, 2006

"Bogle describes the continuous struggle for control of our capitalistic system, the odds being heavily in favor of the managers. Individual investors and beneficiaries remain helpless, intermediaries are passive or conflicted, and boards not yet effective. You owe it to yourself to read this book and reflect on his call for further federal intervention to restore some balance."-Ira Millstein, Senior Partner, Weil, Gotshal & Manges LLP

Start reading The Battle for the Soul of Capitalism on your Kindle in under a minute.

4.4 out of 5 stars
4.4 out of 5
54 global ratings
How are ratings calculated?
To calculate the overall star rating and percentage breakdown by star, we don’t use a simple average. Instead, our system considers things like how recent a review is and if the reviewer bought the item on Amazon. It also analyzes reviews to verify trustworthiness.

Yoda
4.0 out of 5 stars An excellent examination of Cronyism and De Facto White Collar Theft in the Financial Sectors (with Solutions!!)
Reviewed in the United States on October 30, 2011
Verified Purchase
Bogle, in his book, makes an excellent case that shareholders and investors in the financial sector have been taken for a ride by those in positions of fiduciary responsibility (i.e., primarily high level corporate officers and fund managers). Bogle separates his book into four sections, one examining shenanigans at the individual corporate level (mostly involving corporate governance), the second involving shenanigans by the mutual fund industry, the third involving those by other sectors of the investment industry and the fourth, most refreshingly, proscribing a set of reforms to mitigate against the problems discussed in the previous three chapters.

Bogle, in the first three chapters, does an excellent job at overviewing and elaborating on the so many ways that high-level corporate officers and fund managers have been robbing their shareholders and investors blind. These include packing corporate boards with dependent cronies that serve as de facto "yes men" in setting up their own outrageously high (at least independently of performance, which seems to bear no resemblance to performance) pay and bonuses, setting up "off book" accounts intermingled with corporate funds and then using personal funds to engage in non-market price transactions with their own companies (which, of course, always benefit them at the expense of the company), for example. It should be stressed, though, that Bogle not only examines commonly known scams such as the two above mentioned, but a whole slew. Many of these are not very well known to even many astute investors. Of course this does not bean he lists them all. The reason for this it that the book was written in 2002, immediately after the high-tech bubble of the late 1990s burst. Hence some shenanigans that came to light since then, for example the practice of "back dating", go unmentioned.

In the final section of the book Bogle provides an extensive list of solutions to these many problems. Many have been already proposed by others such as Warren Buffet. Example includes providing shareholders with a greater voice, in terms of voting, with regard to officer remuneration. Another is to establish de facto independent pay boards that determine officer remuneration. A third is to separate the audit and consulting functions performed by auditing firms.
The sad fact of the matter is that since this book was published about 10 years just about the only reform that Bogle has mentioned, despite the self-evident merits of the reforms he discusses, has been the portion of Sarbanes-Oxley that breaks out auditing firm's audit and consulting functions. Bogle concludes, in the final paragraphs of his book that the reforms he lays out will, eventually, be passed in his opinion because they are beneficial to share and mutual fund owners and are essential to keeping the investing public's faith in the financial markets. Unfortunately he also states, quite explicitly, that these reforms may take a very, very long time to pass. This is not very reassuring to those investors who have lost money in the past and will continue to lose money as a result of these shenanigans.
Read more
5 people found this helpful
Helpful
Report abuse

James Charnock
5.0 out of 5 stars About What We Investors Don't Know
Reviewed in the United States on December 23, 2007
Verified Purchase
The first half of Bogle's volume gives a detailed explanation of the problems with our stock market; the second half gives his solution proposals. And if John Bogle doesn't know what is going on both openly and behind closed doors (read his qualifications), then no one does.

This book describes how stock (mutual fund and corporate) managers are not "honest, competent and fair-minded...[or] doing the right thing." (p. 89) And just how the "managers' interest [are placed] ahead of the owners' interest." (p. 90) The recurrent theme is that corporate America has moved from owners' capitalism to managers' capitalism.

"More than one-fifth of...growth returns...during the past two decades has been siphoned off by fund managers.... More than three-fourths of the cumulative financial wealth produced...over an investment lifetime will be consumed by fund managers, leaving less than 25 percent for the investors. Yet it is the [95 million] investors ['individuals of modest means--often via retirement plans'] who put up 100 percent of the capital and assume 100 percent of the risk." (p.xxii)

Not only does the author write about the "Captains of Industry" (or robber barons)--Rockefeller, J.P. Morgan and Carnegie--he deals with the current "casino mentality of so many institutional investors..." (p. 98) Yes, you will read of "the conspiracy between corporate money managers and institutional money managers. [We have] a gambler's market instead of an investor's market," declares Bogle. (p. 118)

Bogle explains why "institutional investors [should] move away from their present obsession with short-term earnings of dubious validity and towards a new obsession focused on the creation of intrinsic value over the long term." (p. 114)

Finally, Bogle does not let we individual investors off easy, either, by explaining "the failure of investment America to exercise its ownership rights over corporate America.

As stated earlier, Bogle has solutions which you will read about in the second half of the book.
Read more
2 people found this helpful
Helpful
Report abuse

Barbara newman
4.0 out of 5 stars The case for index investing
Reviewed in the United States on June 26, 2014
Verified Purchase
This book is worth your time. It outlines how there have been philosophical changes in American Business in the last 50 years at the corporate, investor, and mutual fund levels. Owners of business and investors in mutual funds have less control over their outcome and the managers have more control. The central thesis of the book is that the managers have more self interest in the bottom line and manage only for short term gain. This contrasts to ownership control which result in a focus on long term welfare of the business and quality of the product. The last part of the book focus's on the mutual fund industry and shows how managerial greed has skimmed off a lot of profits that should go to the investors (public owners). The case for index investing becomes more apparant and this seems logical since John Bogle the founder of Vanguard wrote it. It got a 4 because I felt that Bogle at times was too repititious and could have used more concrete examples in the book, but I learned a lot.
Read more
One person found this helpful
Helpful
Report abuse

C. Wallace
4.0 out of 5 stars Open your eyes
Reviewed in the United States on November 19, 2018
Verified Purchase
Great insight into how 401k investments aren’t the best. Do your due diligence.
Read more
Helpful
Report abuse
See all reviews