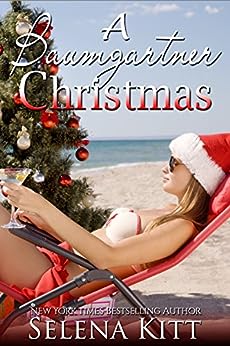 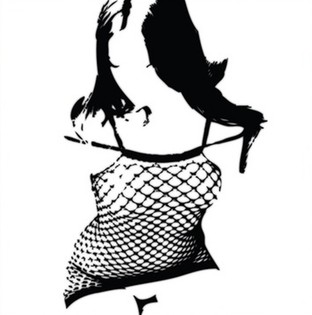 by Selena Kitt (Author) Format: Kindle Edition
Book 2 of 12: The Baumgartners
See all formats and editions
Sorry, there was a problem loading this page. Try again.

amazon.com/dp/B0042RUM9G
---------
FROM NEW YORK TIMES BESTSELLING & AWARD WINNING AUTHOR SELENA KITT
---------
In spite of a brief experimentation early in their relationship, Doc and Carrie Baumgartner have since maintained a monogamous marriage without too much difficulty or even temptation--until now.

A move far from home, coupled with new friends and long hours away from each other, have left the young Baumgartner couple on shaky ground.

Doc believes bringing in someone "new," like they did early in their relationship, might add just the spice their marriage needs, but Carrie isn't so sure about that plan.

Doc has a surprise Christmas present for his wife anyway--but in an ironic twist, he discovers she has one for him, too.

Each gift allows the Baumgartners to rediscover, in the true spirit of Christmas, an expansive love that includes not only their feelings for one another, but the ability to share their passion.

IF YOU LIKED THIS BOOK
you may want to have more fun with this family!

~*~*~*~*~*~FREEBIES from Selena Kitt!~*~*~*~*~*~
JOIN SELENA KITT'S NEWSLETTER AND RECEIVE EVEN MORE FREEBIES!
CUT & PASTE TO JOIN NEWSLETTER: selenakitt.com/index.php/newsletter
Want MORE Selena Kitt?
Don't forget to leave a REVIEW! Please take a moment to leave your opinion about this book! Readers and writers rely on reviews! Your opinion will help other readers make their future purchasing decisions in regards to ebooks. Remember to make your vote count!

She can be reached on herwebsite at selenakitt.com
Read more

Her writing embodies everything from the spicy to the scandalous, but watch out-this kitty also has sharp claws and her stories often include intriguing edges and twists that take readers to new, thought-provoking depths.

Her book, Babysitting the Baumgartners, was made into an adult film by Adam & Eve, starring Mick Blue, Anikka Albrite, Sara Luvv and A.J. Applegate.

She can be reached on her website at selenakitt.com

4.0 out of 5 stars
4 out of 5
60 global ratings
How are ratings calculated?
To calculate the overall star rating and percentage breakdown by star, we don’t use a simple average. Instead, our system considers things like how recent a review is and if the reviewer bought the item on Amazon. It also analyzes reviews to verify trustworthiness.
Top reviews

Libertyne
5.0 out of 5 stars Selena Kitt writes some of the best smut ever
Reviewed in the United States on August 18, 2017
Verified Purchase
I first read this several years ago, before I started reviewing. I just reread it. Kitt’s Baumgartner series is wonderful. Her characters are real people and sympathetic, working their way through life’s real people issues, and their sex is just awesome. I particularly love how they talk - well, scream - dirty. And Kitt doesn’t mind spending 20 pages on a sex scene - as it should be! Her opening scene of Carrie and Doc doing it in the shower is incendiary. Kitt can get more out of a married couple having sex - which has nothing transgressive about it - than just about anyone.

Early in their marriage, Doc is an overworked medical resident. He tends to get paged just as his sexually voracious wife is about to come. Curses!

Carrie has a lot of time on her hands. She makes friends with Daphne, an acquaintance from the laundromat, and they have a lot in common. Carrie’s bi-curiousness has been submerged since she got married, but she’s starting to wonder about it. Daphne’s lonely. And meanwhile Doc’s fellow resident Wilson, an edgy sort of guy who reputedly has a tattoo on his junk, hovers around the edges. Everyone’s attracted to everyone. Carrie and Doc are headed down to Key West for Christmas at his parents’ timeshare, there are various changes of plans and improvisations, and merriment (and true love) ensue.
Read more
One person found this helpful
Helpful
Report abuse

Dana M.
3.0 out of 5 stars Merry Christmas, indeed!
Reviewed in the United States on June 23, 2015
Verified Purchase
Carrie and Doc are back again, and this time, they've included their neighbor Danielle into their bedroom.
Of course, Danielle is bi, like Carrie, and both enjoy their afternoon delights.
Fast, easy story to read, but understand that this is a very explicit book. If reading about hot and heavy sex between two women, a woman and a man, and two women and a man bothers you greatly, then skip this book. Otherwise, happy reading!
Read more
3 people found this helpful
Helpful
Report abuse

Karen J
5.0 out of 5 stars Doc and Carrie are just perfect for each other.
Reviewed in the United States on February 26, 2016
Verified Purchase
Oh my god! This is one he// of a book that will definitely drench your panties. Doc and Carrie haven't lost their spark one bit! Add Daphne to the triangle and you've HOT sexy sex! Then, add Wilson and you've got an over the top square! It's just...WOW!
Read more
One person found this helpful
Helpful
Report abuse

LMVarga
5.0 out of 5 stars A Baumgartner Christmas
Reviewed in the United States on April 16, 2016
Verified Purchase
Another good book! I'm hooked on the family and their love stories. I can't wait to read the next one!
Read more
Helpful
Report abuse

Tracy Harvey
3.0 out of 5 stars Very naughty, but a fun read!
Reviewed in the United Kingdom on April 28, 2013
Verified Purchase
Selena Kitt does do these books rather well. I have read a few of her books now, and they are all pretty good. Sometimes the story line might be a bit close to the edge, but in general the scenes a very creative. She has a fertile imagination, I'll say that for her. A naughty read that will get you thinking.........
Read more
One person found this helpful
Report abuse