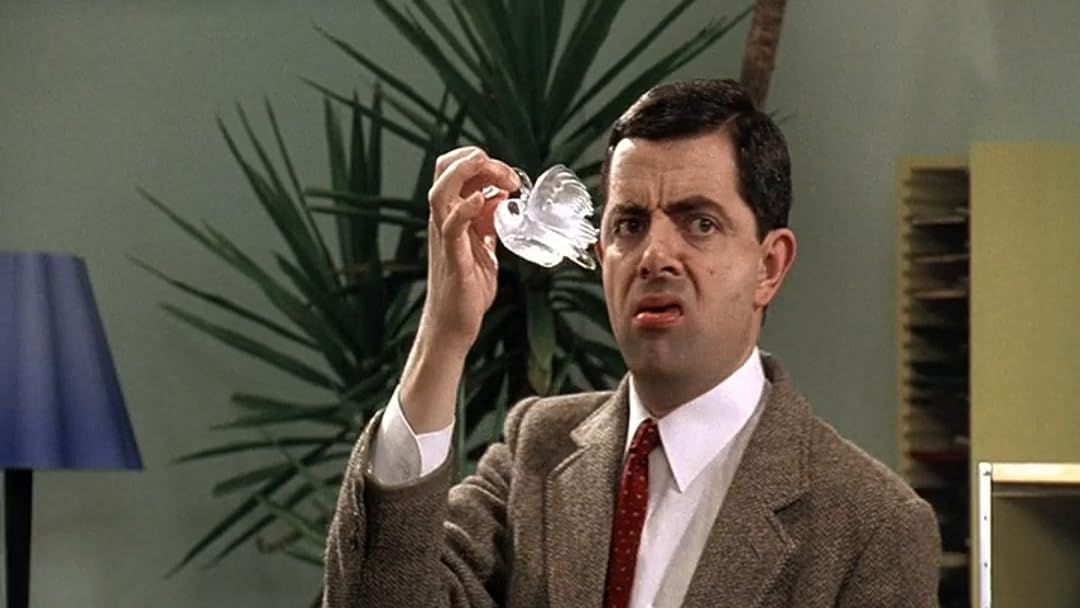 (1,154)6.51 h 31 min1997X-RayPG-13
The often-obnoxious, always hilarious Mr. Bean is sent to work with an L.A. museum to acquire a historic painting - but turkey preparation, medical operations, and art lectures will never be the same!

PJMartinthemomReviewed in the United States on May 8, 2020
2.0 out of 5 stars
A bad surprise for families
Verified purchase
We rented this because we as a family enjoy the TV show reruns of Mr. Bean. So what an unpleasant surprise when in the first twenty minutes of the show there was female nudity. Not something you want your pre-teen sons to experience. We never finished watching the show because of that. The sad thing is a movie or show is not made better by this for family viewing...just like throwing in vulgar language does not make a show better. Very disappointing.
13 people found this helpful

The Tally HoReviewed in the United States on November 30, 2019
3.0 out of 5 stars
Review without Spoilers - Pros & Cons
Verified purchase
Bean is a 1997 comedy film based on the British television series Mr. Bean. The film stars Rowan Atkinson, Peter MacNicol, Pamela Reed, Harris Yulin, & Burt Reynolds. The film was a British-American collaboration and it feels that way compared to the strictly British tele show. Here are the pros & cons of this film as I see it, I hope this helps you.
Pros:
1. Overall a fun film
2. If you like Rowan Atkinson as Mr. Bean, here he is
3. Pamela Reed acts her part well
Cons:
1. The film could have been better edited, it drags on in certain parts
2. Peter MacNicol does a poor job acting in this film and I think his part could have been better casted
3. I prefer the British Mr Bean feel over the American-British collaboration feel of Bean

lou ren Jason Reviewed in the United States on May 20, 2021
5.0 out of 5 stars
After almost 24 years, I watched this movie again in USA
Verified purchase
First time I watched this movie in Taiwan. My father bought a vcd I enjoyed it a lot. On 2007,I got a DVD of this movie and watched it again. The difference was the turkey scene. In European and Asian version, MR. Bean founded hot dogs and onions in the fridge and created laughter for audience. The US.Edition of the movie keeps the entire turkey scene, includes Mr.Bean stuff turkey, put turkey on his head like classic Christmas episodes from his own series. The reason is time saving and culture difference. Rowan.Atkinson said that Americans love turkey more than Europeans ,that's why they only keep the turkey scene in USA version of this movie.

R. BoydReviewed in the United States on September 28, 2020
4.0 out of 5 stars
One of the Best Films of Our Time
Verified purchase
Fantastic Movie. Would recommend to anyone that is a fan of Mr. Bean or comedy in general. It is always a joy to watch it even if i've seen seen it 20 times. It is full of laughs and edge of your seat action throughout. It has an A rated cast. It really is just a fantastic film that brings freedom of expression to light. I would recommend this movie to anyone,
One person found this helpful

Mr. Know-It-AllReviewed in the United States on June 26, 2000
4.0 out of 5 stars
A Kinder, Gentler Bean
Verified purchase
I've never seen such passionate divergence on such a trivial subject. The previous reviews of "Bean" come from two camps, each equally certain that they alone understand this film, either 5 stars or one with few in between. Well, let me add my own analysis to this over-analyzed subject. Yes, Bean is in California. This is the big screen and little English barber shop pantomimes, while perfect for the cozy confines of the British television series, wouldn't have translated to a full-length feature, especially one introducing Mr. Bean to many American viewers for the first time. And yes, Bean speaks. That was inevitable in the movie. There had to be some compromises (or call them modifications, depending upon which camp you're coming from). The most substantial change was to Bean's basic character. Let's face it. The Bean of the television series is not a nice person. He may not understand immediately every situation life throws him into, but as soon as he catches on he's up to some malicious mischief. I once heard his character accurately described as " a hideous cocktail of innocence and malevolence." This wouldn't have cut it in a Hollywood production. They didn't need to employ a troop of marketing consultants to study the demographics of their potential audience. It was the public at large, all ages and persuasions, not a core group of Bean cultists huddled around their tellys and giggling at the fate of Bean's latest victims. So, yes, they did soften Bean's basic instincts but try to get over it because here's the point: IT'S STILL FUNNY. Relax and enjoy; life's too short and any Bean makes it more enjoyable.
20 people found this helpful

SLittletonReviewed in the United States on April 6, 2018
5.0 out of 5 stars
Great family movie, very funny
Verified purchase
I loved watching this once again. It has been many years, but he still makes me laugh.
5 people found this helpful

Stephen VerhaerenReviewed in the United States on June 19, 2001
4.0 out of 5 stars
Rowan Atkinson stars as Mr. Bean
Verified purchase
Bean opens with a curator wanting to fire Mr. Bean (Rowan Atkinson) and the chairman says no to the firing. So he sends Bean off to a art gallery in Los Angles for the opening of Wistler's Mother that was own by the people in France.
The painting had been brought by Generel Newton (Burt Reynolds) who is not an art lover but doesn't like the frenchies owning American's painting. Bean is a guard (I think). His host is David (Peter McNicol). At one point askes Bean what he does at the art gallery in London. He relies "I sit in the corner and look at the paintings."
What a job! Newton will arive at the gallery at 10:00 A.m and the people see it there first time at 10:30 A.M and Bean has to give a speech at about a half hour later. But when the painting arrives Bean sneezes on it and the painting gets messed up and Bean replaces with a poster. If you are a Bean fan wait to you are 13 to see this or if your are or past 13 then see it.
3 people found this helpful
See all reviews
Back to top
Get to Know Us
Make Money with Us
Amazon Payment Products
Let Us Help You
EnglishChoose a language for shopping. United StatesChoose a country/region for shopping.
© 1996-2021, Amazon.com, Inc. or its affiliates