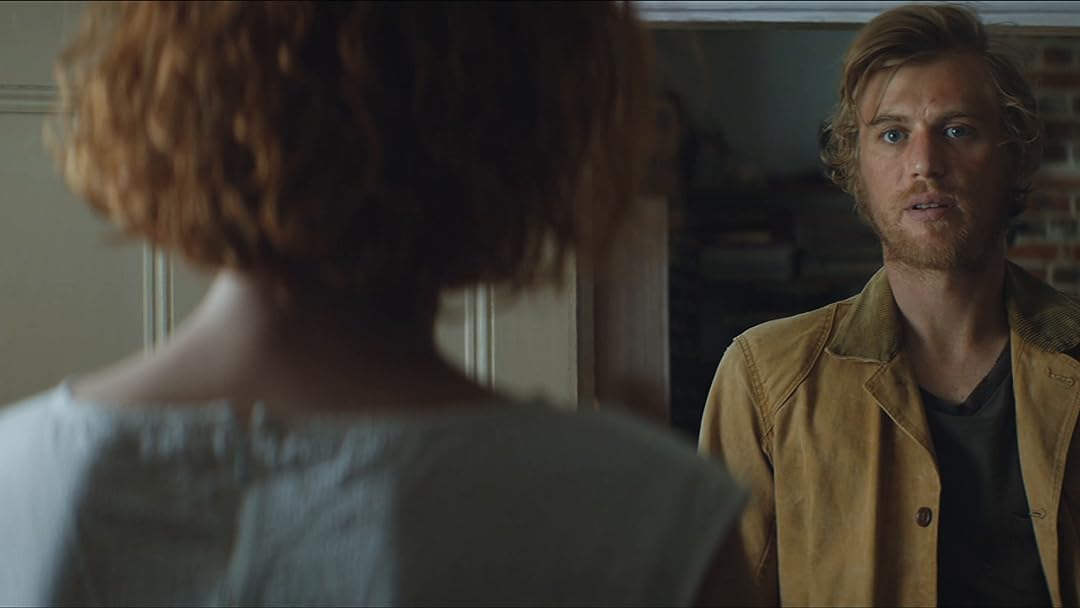 (452)
6.81 h 46 min2018R
A troubled woman living in an isolated community finds herself pulled between the control of her oppressive family and the allure of a secretive outsider suspected of a series of brutal murders.

sylviaReviewed in the United States on October 11, 2020
3.0 out of 5 stars
The only problem I have is.......
Verified purchase
She tore up that expensive putting green that will need weeks of care to heal. It's not the snooty board members that will have to do the repairs either, but the superintendent whose up at 4:30 in the morning everyday meticulously going over the course. An average putting green is around 30 grand to build and upwards of 50 grand on upscale courses. I'm also unbelievably sick of the same old tropes in every single movie. The only people being targeted because of their race are people of European descent. In 2020 there are countless videos on Youtube of Caucasian people being targeted by mobs and beaten and some killed. It is very kind of Caucasian people though to reassure everybody they have no hard feelings.
41 people found this helpful

HazzardAheadReviewed in the United States on September 23, 2020
1.0 out of 5 stars
Misery to watch
Verified purchase
We get the endless and tediously repetitive point: There is a beast within all of us. No one is truly guilty and no one is truly innocent. The beast will come out from the interior of a volcanic soul whose eruptions are involuntary and whose victims are arbitrarily chosen. There is no control possible: It is as instinctual as animal rutting or killing. What a tiresome film. It's a shame good actors were wasted on it.
31 people found this helpful

Todd M.Reviewed in the United States on January 24, 2021
4.0 out of 5 stars
The plot is not the point.
Verified purchase
It’s about the transition of Moll from something to something else and the movie offers no real conclusion to who is exerting more influence and change on whom. It’s about what someone might do to remain the center of attention and Geraldine James really makes the whole thing work. It’s anything but predictable because not enough information is present to make any conclusions so you can call those plot holes or by design to purposely make you draw your own conclusions. It’s novel, entertaining and though the underlying story is about a series of brutal murders we’re never really sure if that’s what it’s really about or whether it’s about what those murders due to impact the lives of others. Watch it and be prepared for drawing you own conclusions.
19 people found this helpful

IntoMoYouKnowReviewed in the United States on January 18, 2021
3.0 out of 5 stars
It's predictable if you pay attention
Verified purchase
Life in a small English community will usually lead to gossip, especially if the rich experience an unspeakable tragedy. So as a dangerous stranger emerges after such a catatostrophy, a feeding frenzy about his guilt begins. But that doesn't stop Jessie Buckley's character from seeing him as a potential paramour.

Herself filled with dark secrets as the subject of whispers, she finds herself in need of a witness after a date tries to assault her after a late-night party. Johnny Flynn, the dangerous stranger, does so, leaving her indebted and intrigued by him. Warned by all around her that he's the prime suspect in the case ripping the community apart, she steps in as an alibi he didn't ask of her. She lies to everyone, including the police, about his innocence, but as she learns more about him, she begins to doubt if she has made the right decision.

All of that said, after a certain point, it becomes clear that the "beast" in the title does not refer to the stranger. Once you're onto the real villain, the ending doesn't seem so shocking. This is a movie that wants to be an off-kilter thriller with an unusual femme fatale, but the strangeness of the central relationship is more of a nuisance than interesting. The movie wants to keep surprising you and tries so many different tactics, it ends up failing to do that one thing. I didn't end up hating it, but it's hardly worth recommending, unless you like solving an easy puzzle.

Mayhem1020Reviewed in the United States on June 1, 2020
4.0 out of 5 stars
Beautifully dark
Verified purchase
This movie is beautiful. The chemistry between the two leads is amazing. This movie is a dichotomy of beauty and terror at the same time, but isn't that what love is most of time? I wouldn't call this movie a horror film at all, but the psychological aspects definitely are frightening. How well do we really know the people that we love? How well do we really even know ourselves? In a lot of ways this movie is about the main character figuring out who she really is, owning it, and living in her truth. Definitely recommend!
17 people found this helpful

DeckerReviewed in the United States on October 7, 2018
3.0 out of 5 stars
Falls Apart
Verified purchase
While the film works well in the first half or so it never pays off, and devolves into totally unbelievable main characters and gigantic plot holes. Of course we are all trying to figure out just who the heinous murderer on this UK island is (I never knew exactly where this was), so the writer/director decides to throw us a curve ball that you don't see coming--but for good reason: its preposterous. Unfortunate because the acting is wonderful, as are the look and feel of the production. It seems we are in a new film era where its becoming acceptable for characters to act in ways that defy gravity emotionally.
16 people found this helpful

Catherine RehwinkelReviewed in the United States on October 7, 2020
2.0 out of 5 stars
Almost seemed like maybe the DP was in charge of this one
Verified purchase
Harsh review to follow, but avoiding spoilers. Not exactly poorly made—indeed high quality elements here and there in the cinematography and performances. Sophomoric effort over all, yes. The aesthetic seemed to rule all—even over relevant shaping of the atmosphere to serve the story of the protagonist's journey. Even the title (and title design) of the film, which had an arbitrary tenuous connection to the story or themes seemed to be purely for the sake of aesthetics. The cinematography itself was ruled by sparse, bland production design and color-tagged lighting. The setting on the island of Jersey, amongst an abstractly insular privileged family/community was wasted with a kind of US-consumer/class culture tinted wash over it—perhaps intended to serve as a dread-drenched repertoire for some species of globalist millennial gothic appeal? The protagonist's past and motives were frustratingly vague, her relationship to every other character was also equally muddled. The score was also what I would call 'cack-handed' at times. Generally lacking specificity and a spine. Bit like an overgrown, VICE-y art project. Not my thing, but if you like that sort of thing, there you go.
6 people found this helpful

cambium0Reviewed in the United States on July 22, 2021
5.0 out of 5 stars
Well Crafted Psychological Thriller
Verified purchase
Few if any mistakes are made in this film from the script to the cinematography to the acting. If you are a thinking person you will be engaged by and ultimately entertained by this film. The subject matter is a bit unfortunate--the struggle to overcome damaged psyches and to successfully feel community with and compassion for fellow humans--and that means that some areas of the human senses will remain under stimulated, such as humor and excitement. There IS violence and action, and humor. When Pascal tells the upper class people with whom he is dining that his forebears were Norman nobles and owned most of Jersey, saying "This is my land you're on" or some something similar, it was understated and kind of funny.

But the film is mostly involved with the uncovering of the two main characters' psychological identities, and follows the action as Moll finally comes to terms with who she is, and with who Pascal is. Most viewers will probably be trying to figure out who the "beast" is. Is it the obvious choice, or is it the non-obvious choice? And the film has several clues and more than a few very subtle red herrings. Or is no one person the "beast," but rather the beast lies perhaps within us all, dormant or awake?

Great scenery, great acting, great script, really good film. Maybe less than 10 stars on a 10-star scale for not managing somehow to really get the viewer excited about something.
5 people found this helpful
See all reviews
Back to top
Get to Know Us
Make Money with Us
Amazon Payment Products
Let Us Help You
EnglishChoose a language for shopping. United StatesChoose a country/region for shopping.
© 1996-2022, Amazon.com, Inc. or its affiliates