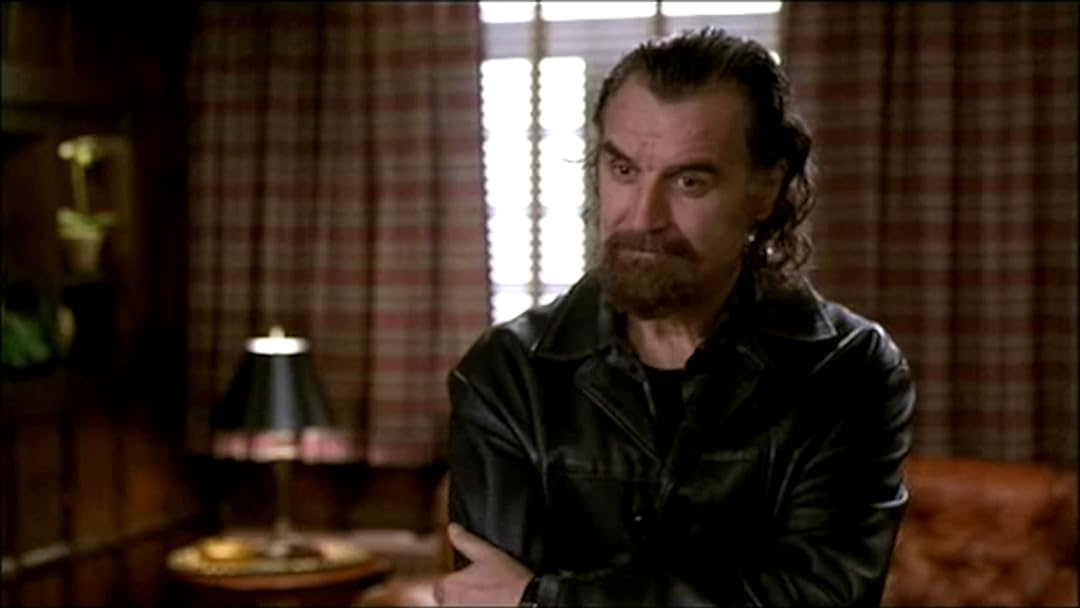 (51)
5.61 h 31 min200013+
Joe is a guy who runs a flower shop and has never had much luck. Things seem to go wrong for Joe when he is diagnosed with a brain tumor, but some luck appears on the horizon when he wins a jackpot. Hush, a stripper who is deeply indebted to a gang of thugs, steals Joe's money to repay it.

S. T. PetersonReviewed in the United States on September 27, 2014
4.0 out of 5 stars
You'll watch to see what happens
Verified purchase
Average guy who was diagnosed with a brain tumor comes home to find his wife in the act with the plumber. She boldly tells her husband she wants a divorce as he is boring and that she wants the house, the car, and half the money. He leaves town and sets out on "adventure" winding up in Louisville on his way to SF. While in Louisville he meets up with a slutty single mom (whose mothered the two kids from different fathers--one is in Leavenworth and the other kid's father she isn't sure about) who is always on the take--always trying to strike it rich. Her loan sharks are after her.

First off Sharon Stone surprised me. She did a great southern accent--a regional southern accent--for this movie. Some people think they are doing a southern accent by mocking southerners. This was not such a performance. She was also mostly convincing as the self-centered floozy type. However, there were a few flashes of the over-the-top Sharon Stone we all are a little afraid of not to mention cringe at. I'll never forget seeing her on Oprah back in the 90s claiming she knew people who were "cured of AIDS". Oprah even threw here a life raft a couple of times. But not Sharon. She clung to her fantasy world--I'm-a-24-7-actress sensational nonsense. Of course the press just gave her a pass and buried the story. Anywho, this movie tried to be a quirky Winn-Dixie type of movie . . . . But it just didn't make it there. It showed up at the door but just didn't quite get invited to the party. The Julie Sugarbaker liberal nonsense speech from the one kid at the end was just comical when it was supposed to be the epiphany moment. The one Thelma and Louise scene about the gun stood out like some liberal at a Family Values summit. It was almost like some writer, actor, director, etc on the set was allowed to just ram into the middle of the movie some "teachable liberal moment" on gun control. It just didn't make any sense. The ending before the ending that cleared up who "Beautiful Joe" was was supposed to be a wow moment. Sorry, I am just not into the glorification of mobs,mafia, mafiosos, gangsters, etc. They are murderers, not icons. Another let down. And the real ending could have been very touching. But either that British/Irish/Welsh actor guy who played Joe was allowed to ruin it with his over-acting, milking-it moment or some director messed it up. If they had re-shot that they would have had a hit on their hands. Anyway, despite the weird moments the over all movie was watchable and entertaining. I actually turned it off as it was getting too late. And I turned it back on the next day to see "what happened".

PaulaReviewed in the United States on August 9, 2022
2.0 out of 5 stars
Bland
Verified purchase
This movie couldn't decide what it was supposed to be. If you took out the salty language, it could easily be a Disney family movie: there's no sex, no nudity, no violence. And the caricatures of the bad guys remind me of kids movies from the '70s. All the acting except for Connolly was terrible, and he was dull -- definitely didn't play to his strengths. I don't know why Stone put on that horrible southern accent -- it was unnecessary and irrelevant. Lastly, there was no chemistry between them. I wasn't buying the romance, not in the least. (And BTW, where did he get all that money in the first place and why was he so careless with it? All he had was half of what he used to have, and not even the sale of the house. Plus he had medical bills!)

Dave JamisonReviewed in the United States on October 20, 2021
4.0 out of 5 stars
The absolute Worst Subtitles EVER
Verified purchase
If you Depend on Subtitles like I do . . Don't watch this movie! . . You'll hate It

quietguy.Reviewed in the United States on February 10, 2022
5.0 out of 5 stars
This movie will touch your heart . . .
Verified purchase
A great film, excellent acting by all. You will laff, you will cry, and you will end up falling in love with this production - I did.

Maureen A. ForresterReviewed in the United States on December 1, 2021
5.0 out of 5 stars
A likeable story.
Verified purchase
Billy and Sharon did a great job in this very likeable movie. The kids were great little actors as well. A feel-good story by the long way of so-called gangsters. It really has some funny moments. I enjoyed it.
One person found this helpful

P LReviewed in the United States on November 10, 2021
5.0 out of 5 stars
Refreshingly Hopeful
Verified purchase
This is a surprisingly excellent movie. Probably the best of Sharon Stone and definitely a must watch. A sleeper under the radar entirely uplifting in all the right ways. Highly recommended.
2 people found this helpful

ABCReviewed in the United States on December 9, 2021
2.0 out of 5 stars
Sweet But
Verified purchase
Sharon Stone is terribly miscast here. Not at all convincing--even for comedy.

HitomiReviewed in the United States on April 5, 2017
4.0 out of 5 stars
Always loved this movie.
Verified purchase
I love this movie, it can be a little slow, but the ending is worth watching it.
See all reviews
Back to top
Get to Know Us
Make Money with Us
Amazon Payment Products
Let Us Help You
EnglishChoose a language for shopping. United StatesChoose a country/region for shopping.
© 1996-2022, Amazon.com, Inc. or its affiliates