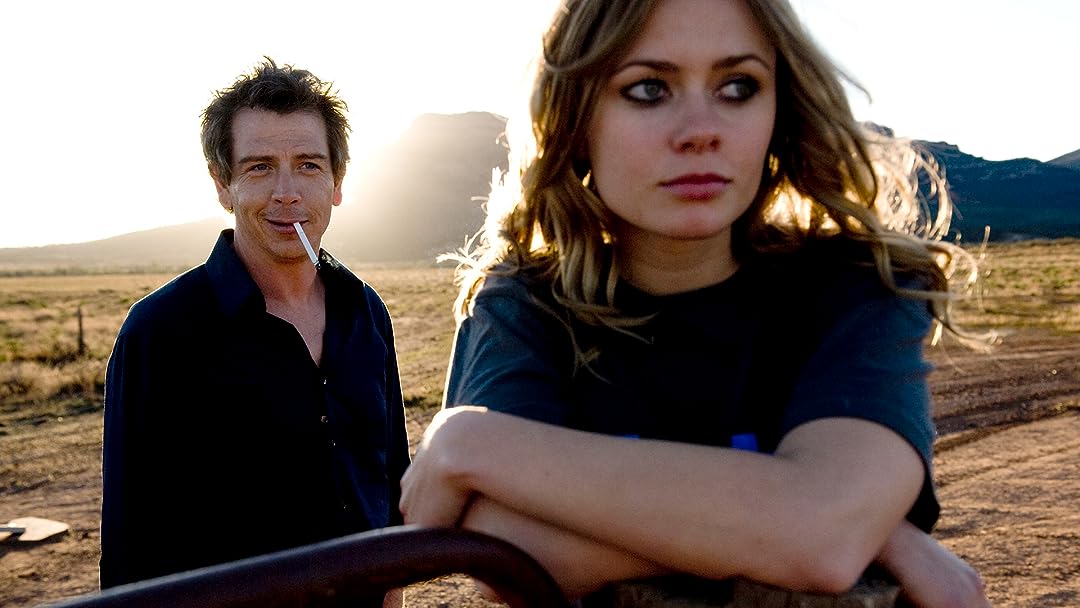 (67)
6.61 h 41 min201018+
A writer reawakens his childhood trauma from the past when he returns home, at the request of his estranged sister, to grieve their father's impending death.

Amazon CustomerReviewed in the United States on May 25, 2022
4.0 out of 5 stars
powerful drama that draws you in
Verified purchase
Powerful little drama. Set up as a kind of play, with a limited cast and sets. Mainly dialogue driven, with flashbacks that slowly unravel the issues that have haunted this family for so many years. The script is well written, and the cast are all excellent, and skillfully directed. This film draws you in as you want to find out more about this traumatic childhood, what people did, and why they did it. Almost hypnotic in its hold over you.
2 people found this helpful

DetectorReviewed in the United States on May 14, 2021
5.0 out of 5 stars
A tough little film
Verified purchase
very good film, great actors, director rachel ward, and yes sibling incest is a subject. But the really difficult part of the film is the son coming round to taking care of his dying father, then washing the dead body. That was painful. As was the son's problem feeling, getting close and having relationships, which left him stranded in life, and literally stranded in a dusty corner of the Outback. . The actress playing the youngest daughter I recognized, I thought , but then read she is sometimes confused for "Juliette Lewis, to whom she bears a striking resemblance." She's Rachel Griffiths,Australian. I dunno, but i think i must have seen her in something before.
5 people found this helpful

MareReviewed in the United States on August 1, 2019
3.0 out of 5 stars
Confused Kate is what it should be called.
Verified purchase
Regarding the story
Having survived a difficult home, it was hard to watch. There are no boundaries in this family. As a society, most of us create boundaries for siblings.

I was younger than my brothers and it wasn't incest. I was raped, sexually assaulted and battered.

The situation in this movie is entirely different than my experience. It is incest.

Can you not understand that isolation, sexual development and no society to guide these children would create this situation? Has no one heard of such things in earlier Appalachian country? Have you gone out of your way to not see that these things have been happening probably since existence of humans?

I don't recommend the movie because the subject matter is disturbing.

The actors are fantastic. The Screenplay is elegant. The pace is perfect.

Sam BellReviewed in the United States on April 27, 2021
4.0 out of 5 stars
Heavy subject matter.
Verified purchase
If you can divorce yourself from your opinion and how you personally feel about the things that are happening in this film then you might appreciate Ben Mendelsohn's great work as Ned taking a rough journey along with all of the great supporting cast. Just my opinion.
8 people found this helpful

The Tally HoReviewed in the United States on December 27, 2016
4.0 out of 5 stars
Beautiful Kate Review Without Spoiler - Now Make Me a Vegemite Sandwich
Verified purchase
Beautiful Kate (2009) is an Australian drama film directed by Rachel Ward and also stars Ben Mendelsohn, Rachel Griffiths, Bryan Brown, Maeve Dermody and Sophie Lowe. This film depicts the challenges and memories of a disfuntional family in rural Australia that includes such problems as incest. I will not give a spoiler as it is best to be surprised in this movie, but in large it deals with an angry son and upset father who are thrown back together by the fact his father is dying and how they deal with each other from past and current issues. At times this movie may be upsetting but it is worth watching til the end.
6 people found this helpful

deeReviewed in the United States on May 19, 2021
3.0 out of 5 stars
Decent character driven story
Verified purchase
Would have been improved by a little more family background and insight into character motivations. Good actors help keep it interesting. But the reason for Kate's bizarre behavior is barely explored. (Apparently not given much positive adult guidance these kids?) Dad was mean but didn't seem pervy. Oh well, decent flick.

TrainwifeReviewed in the United States on May 16, 2021
4.0 out of 5 stars
Good movie
Verified purchase
Great acting - interesting plot