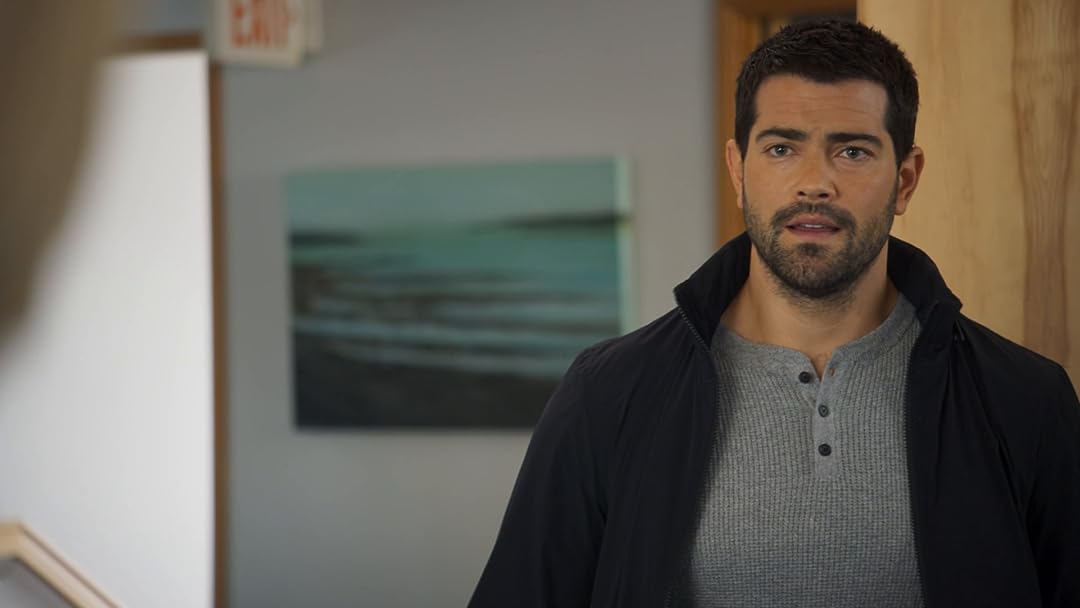 A Beautiful Place to Die: A Martha's Vineyard Mystery

(363)
6.81 h 24 min2020NR
A Hallmark Movies & Mysteries original movie. After being forced into early retirement, former detective Jeff Jackson returns to a quiet life on Martha's Vineyard. Quiet, at least, until a body washes up and he's drawn back into crime solving.

Washington DCReviewed in the United States on June 5, 2020
1.0 out of 5 stars
Simplistic Plot Without Martha's Vineyard And Without Any Charm
Verified purchase
This, for me, was a simple plot conveyed in a charmless manner. Why suggest a very specific locale (Martha's Vineyard) and not convey anything that reflects the New England charm (and even hint of a Massachusetts accent) of the Vineyard -- including by the protagonists who reference being 'natives' and 'returning home from Boston'? The plot was transparent, the clues unsubtle, the characters not compelling, and portrayals far from realistic. The part-time ME (the daughter of the Chief of Police) and a retired (for/on disability Boston Police Detective) are apparently de facto deputized to solve a murder and help out the Chief (whose term in office apparently may not be extended). The Physician Daughter hunting clues on the shoreline (in heels), trying to look 'like a physician' with facemask examining a piece of alleged evidence (and appearing to mishandle both), the discovery of tire tracks more than a day after the crime, the running off from evidence (without reporting or securing it), the failure to close doors/secure premises, taking evidence for perusal when sitting at a bar (and leaving it on a bar and turning their back on a victim's property), an experienced and retired detective ostensibly relying on something he says he learned from his father's estate being in probate -- versus basic known (especially by an investigator) information, breach of basic procedures and common sense -- and so much more, suggest a Hardy Boy Meets-Nancy Drew level story. [And the plot line is so transparent you wonder why the Chief, his physician daughter, and the retired Boston detective take so very long.] Given the fee to view this show, I found viewing to be more a chore than entertainment. Martha's Vineyard and the novels that ostensibly inspired this movie -- and viewers -- in my opinion, deserve better. My advice: Save your time (and money if viewing requires a fee).
11 people found this helpful

LisaReviewed in the United States on July 27, 2020
5.0 out of 5 stars
By far my favorite Hallmark Mystery Series
Verified purchase
The Martha's Vineyard Mysteries are easily my favorite Hallmark Signature Mystery Series, rivaled only by Chronicle Mysteries. The tone is a bit more serious and less cutesy than most of the other Hallmark mystery series, but I like it better for that very reason. The "quirky heroine who keeps butting into the detective hero's cases" formula has been done and done again. A more procedural type of series is a welcome change, but the clean content and lack of gore makes it stand out from procedural dramas on other channels.

I'm really invested in the characters and am interested to learn more about Jeff's past in Boston and the mystery of his gunshot injury which was expanded on in the second film. I love Zee and feel like she's a good match for Jeff. Her role as medical examiner makes her able to participate in the mystery on equal footing with Jeff rather than being in the role of "pushy/nosy outsider." And their past history with each other makes their relationship natural while also sweetly hesitant.

Highly recommended for anyone looking for a bit of a change from the "typical" Hallmark cozy mystery series, and anyone who enjoys procedural crime dramas who might be looking for something without as much mature content.

LynReviewed in the United States on May 31, 2020
5.0 out of 5 stars
Superb mystery!!
Verified purchase
Superb mystery with top-notch acting in a beautiful setting! Hallmark Mysteries are always good, and this first movie under the Martha’s Vineyard series is beyond good; it’s excellent! The second movie is, as well, and hopefully will be released soon on dvd and Primevideo. Can’t wait for the third movie in this wonderful series!!
7 people found this helpful

puppetgirlReviewed in the United States on July 5, 2020
2.0 out of 5 stars
Ok but Will not be buying the rest
Verified purchase
Not as good as other Hallmark mysteries. Still family friendly with no real violence, no sex and no language. Poor actor chemistry and mystery itself was just an ok plot. I would be willing to watch subsequent movies if I am somewhere with the hallmark channel and can watch for free but am not willing to spend the money on additional DVDs. We don't have the hallmark channel and so buy a lot of the dvds but will save my money for other better mystery series.
2 people found this helpful

D. J. WhitmonReviewed in the United States on January 18, 2021
5.0 out of 5 stars
I enjoyed it.
Verified purchase
It has been decades since I read the books and this movie differs somewhat from the books but it was fun as my home is on the Vineyard.

"Martha's Vineyard Police Department"? No such thing. We have 6 towns and 6 police departments. Then there is the county sheriff and the state police barracks here on Island.

Even so it was fun to watch.
One person found this helpful

R. HollandReviewed in the United States on January 10, 2021
2.0 out of 5 stars
Boring
Verified purchase
Drifts too far from the books, poor casting and poor writing. Sometimes it's fine to drift away from the book but this time there were no solid characters or storyline to carry it.
2 people found this helpful

Ronda PennycuffReviewed in the United States on October 16, 2021
5.0 out of 5 stars
A Beautiful Place To Die: A Martha's Vineyard Mystery is really good!
Verified purchase
I watched this movie when it aired on Hallmark Movies and Mysteries. I thought the movie was really good and had a good cast. I'm a fan of mystery movies and this one is one I would recommend. The story is really good and of course while watching when you think you know who committed the crime it turns out to be someone else! I really enjoyed this movie!

LSReviewed in the United States on May 28, 2020
1.0 out of 5 stars
Slow & boring
Verified purchase
Not your typical hallmark mystery, it was really simplistic & boring.
4 people found this helpful
See all reviews
Back to top
Get to Know Us
Make Money with Us
Amazon Payment Products
Let Us Help You
EnglishChoose a language for shopping. United StatesChoose a country/region for shopping.
© 1996-2021, Amazon.com, Inc. or its affiliates