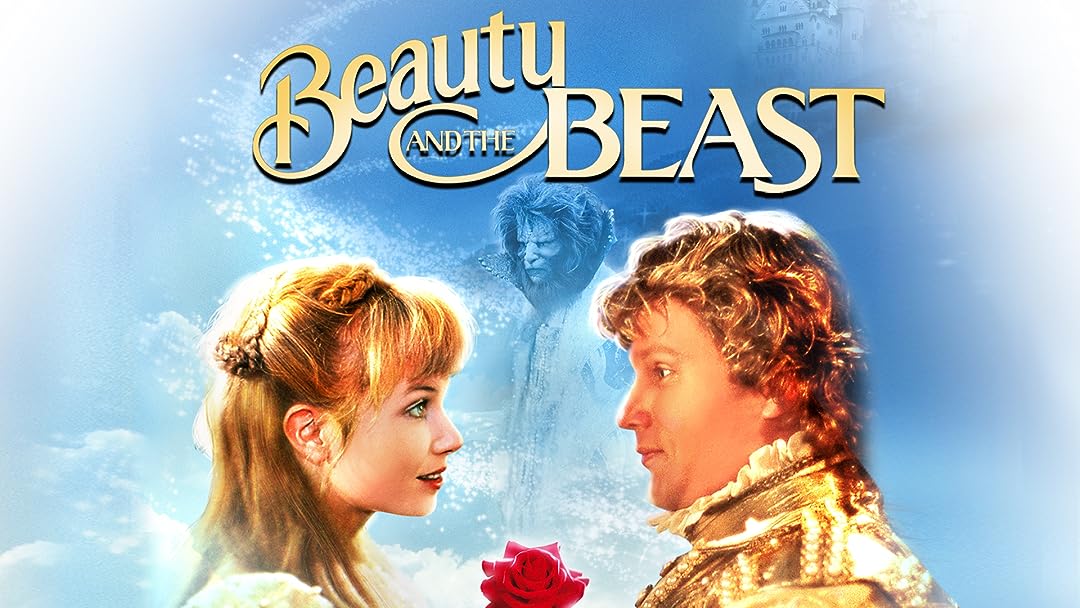 (192)
1 h 33 min1988G
The classic tale of unrequited love. The story tells the tale of a beautiful girl and the love of her by a hideous monster, who, despite his ugly exterior, has a pure soul -- and a hidden self that can only be revealed by the girl's true love.

mojo jojo Reviewed in the United States on December 24, 2018
4.0 out of 5 stars
Corny acting, but sweet story
Verified purchase
Overall, an easy watch with a pretty female lead and a fairly well developed take on the classic tale. I like that Beast's castle was in a desert of some kind instead of a forest. That was new. The romance was simple, but sweet. It was very reminiscent of the original story, but with some fun twists in the enchanted castle. Beauty's family wasn't as awful as they have been in some versions. They were just silly, extravagant people.

I liked that Beauty realized that her family didn't really need her to devote her life to them, that they were content to do whatever silly things they wanted without her help, and that the Beast was the only one who seemed to actually need her in his life. The ending was cute.

My main issue was the fact that it was a musical! I think that they were so wrapped up in if they COULD do it, they didn't stop to think if they SHOULD. There is enough time between the songs that I actually forget that it is a musical, then I am harshly reminded, lol. The subpar singing isn't really the issue. If the songs were any good, that would hardly matter. But the songs are just.. bad... like they lack consistency, and they don't feel necessary. Not catchy at all, unfortunately, but I can see how maybe young kids might enjoy it.

Sweet adaptation. Corny at times, but creative, and very true to the spirit of Beauty and the Beast. This is not a "dark" tale, so I would say appropriate for children of any age.

Lesmiz junkieReviewed in the United States on February 11, 2018
4.0 out of 5 stars
1980s young Rebecca De Mornay & Jon Savage chemistry most appealing--but it is not a Disney level of today
Verified purchase
John Savage and Rebecca de Mornay are most likely the reasons I do enjoy this 1987 version of B&B. It is a musical and the answer to Beauty's mystery dreams are right in front of the viewer's face. I enjoy the simplistic songs and the overall chemistry between the two leads.

Beauty has 4 siblings and they are selfish in their own way but not horribly mean.

It has been mentioned before but there is one scene where the statues dance. I agree with many other reviewers.....it has a creepiness component that should have been left on the cutting room floor. I suggest just fast forward through that scene as it is of no importance to the main story.
4 people found this helpful

PhysiuxReviewed in the United States on July 31, 2015
5.0 out of 5 stars
Good live action adaptation of the classic story
Verified purchase
Good live action adaptation of the classic story. As a musical the songs are embarrassingly terrible by anyone's standards. The on-location sets are authentically colorful, charming and European. There are enough changes in the plot to keep one interested as to what exactly will happen next. Ultimately the film is saved by a wonderful performance by Rebecca De Mornay who simply melts hearts, sings like an angel, and warms the cold corners of any castle. De Mornay is perfect as the wholesome kind-hearted Beauty who lives with her wealthy father and grown brothers and sisters. Beauty's siblings require Beauty's constant help in doing even the smallest of chores yet she doesn't act unhappy and is able to tend to her family's needs with little effort. The family goes broke, moves to the country, and Beauty is just as happy. Her father stumbles across the Beast's castle and escapes imprisonment by having Beauty stay in his place. The Beast and castle are not unlike the Disney stage version, however there are no dancing silverware or clocks here, but the statues come to life.
3 people found this helpful

Byron KollnReviewed in the United States on May 22, 2007
4.0 out of 5 stars
beautiful musical version of the timeless tale
Verified purchase
This great version of BEAUTY AND THE BEAST comes from the fondly-remembered Cannon MovieTales series. Rebecca DeMornay and John Savage star in the lead roles, with lavish costumes and a delicate musical score.

Beauty (Rebecca DeMornay), the youngest daughter of a widowed merchant, spends her days caring and tending to her lazy brothers and sisters. When her father angers the mysterious occupant of a castle, Beauty selflessly offers to live with the hideous Beast (John Savage). Every night, Beauty dreams of a handsome prince who begs her to find him...

This version of the romantic fairytale takes it's cue from the classic 1946 French movie "La Belle et la Bete" (directed by Jean Cocteau) with it's lavish costumes and production design. There are several lovely musical numbers--the main highlight being "If You See with Your Heart", a tender duet for the Beast and a homesick Beauty.

The Cannon MovieTales series was filmed--rather economically--in Israel; you'll note that many of the films feature the same sets and costumes. It's refreshing to see Rebecca DeMornay playing a naive innocent (years before producers began casting her as sexy psychopaths in films like "The Hand That Rocks the Cradle").

Most of the Cannon MovieTales have found their way to DVD (the others include "Hansel & Gretel", "Sleeping Beauty", "Rumplestiltskin", "The Frog Prince", "Snow White", and "Red Riding Hood").

Emily K. StuartReviewed in the United States on November 10, 2005
5.0 out of 5 stars
Childhood Nostalgia
Verified purchase
The entire Canon series was on the Disney channel in the 80's and I was in love with them! Beauty and the Beast is my favorite, with Sleeping Beauty a close second. While this version may not be as technologically advanced as the well known Disney animated Beauty and the Beast, this one is the closest to the original story. The music is enjoyable and has a lovely sing-along quality to it. I find that even now, as an adult, I love the movie just as much as I did when I was 10. If you watched it as a child, it will surely bring back wonderful memories, as it did for me. This series is excellent family programming and I would definately recommend it to anymore.
13 people found this helpful

Kindle CustomerReviewed in the United States on May 7, 2021
5.0 out of 5 stars
Can't wait for my grandchildren to enjoy as my children did
Verified purchase
So many memories! It was fantastic!!
One person found this helpful

twimamma4Reviewed in the United States on April 8, 2022
5.0 out of 5 stars
I love love love Cannon Movie Tales
Verified purchase
My #1 favorite is this ❤️

Ginger WilsonReviewed in the United States on August 19, 2020
5.0 out of 5 stars
a great movie
Verified purchase
a really good movie and a must see if you love the story
One person found this helpful
See all reviews
Back to top
Get to Know Us
Make Money with Us
Amazon Payment Products
Let Us Help You
EnglishChoose a language for shopping. United StatesChoose a country/region for shopping.
© 1996-2022, Amazon.com, Inc. or its affiliates