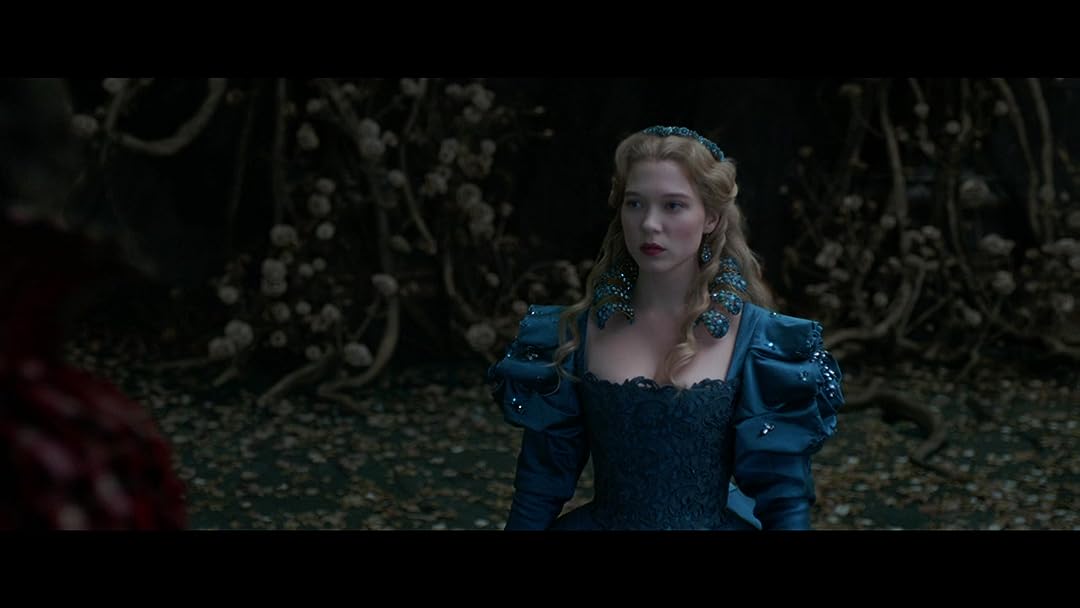 Beauty And The Beast

(977)
6.41 h 53 min2016X-RayPG-13
An unexpected romance blooms after the youngest daughter of a merchant who has fallen on hard times offers herself to the mysterious beast to which her father has become indebted.

GhazaalReviewed in the United States on December 31, 2018
1.0 out of 5 stars
Disappointed; no selection option for audio
Verified purchase
I was looking to watch this version of Beauty and the Beast in French, the way it was originally filmed and produced but not only the audio was changed to English there was no option to change it back to French. SO DISAPPOINTING AMAZON! At least as a courtesy to your audiences leave the option available. Other than that, the film has great visual style , and it offers a lavish live action french version of the tale.
73 people found this helpful

LindaReviewed in the United States on March 21, 2017
4.0 out of 5 stars
Great Movie With One Exception
Verified purchase
I really enjoyed this version of the classic French tale. I have every version of Beauty and the Beast that I could find, the original 1946 Jean Cocteau, a 1987 remake, this one and of course the Disney animated version. I had to laugh at the sheer ignorance of the reviewers who thought they were getting the new Disney movie version, most of which were reviews written before the new movie even made it to theatres on March 16th. Even if you somehow think that Amazon would have the rights to sell the movie before it hits theatres, that doesn't excuse the fact that you could simply have read the description of the movie. That it stars Vincent Cassel and Lea Seydoux instead of Dan Stevens and Emma Watson is plainly written! If you're not going to take the time to read about what you're buying, then don't take the time to write a brainless review when it's not what you thought.

This version is a bit more dark and twisted than most, it may be a little too frightening and a little too risqué for young children. It has the feel of a Grimm Brothers fairy tale. As far as nudity goes, there is no full nudity in this. There is a scene that depicts a naked woman, but it never actually shows much of anything. When the camera is zoomed out, a man is kneeling over her concealing those areas. When it zooms in and shows the front top half of her, her arm is covering her breasts so that you can't see all of them. Then, when the camera shows the backside of her, you can see her back and half of her bare butt.

My complaint with this movie has been voiced by many others, why does Belle even return? There is no real connection between her and Beast, when did she fall in love with him? More time should have been devoted to developing the relationship between them and less time on other areas that were not as important to the story.

That being said, the backstory of how he became a beast is a new and fresh spin from the old one. All in all, I really enjoyed the movie. If it weren't for the hole in the relationship as mentioned above, it would have been a 5 star rating. Not a movie that I will be letting my 7 and 8 year olds watch anytime soon, but I have other versions that they can watch. This one is for me.

Anna ReneeReviewed in the United States on May 26, 2017
5.0 out of 5 stars
A Happy Mistake
Verified purchase
We accidently purchased this movie thinking it was the American Beauty and The Beast with Emma Watson. Silly, I know, our mistake. But I'm glad we did, this movie did not disappoint. The scenery, animation and storyline are amazing, This movie really feels like an enchanted fairytale, something that I feel American fairytale movies lack. At least, I didn't think they were lacking until I watched this one.
If you watch this on Amazon, you'll get English overlay voices instead of French, which doesn't often portray the same emotion as the you can tell the actors are. If you watch it on Netflix you will get English subtitles. I watched this on Amazon first, and I liked it so much I then watched it on Netflix which I enjoyed more. I watch a lot of foreign movies so I'm used to subtitles, and this way I could feel the actors' emotions better.
44 people found this helpful

AvaReviewed in the United States on March 6, 2017
5.0 out of 5 stars
Such a beautiful version of the classic fairy tale.
Verified purchase
This was one of the best versions of Beauty and the Beast that I have ever seen. Some of the negative reviews are incredibly ridiculous, and some even idiotic. The people that gave this 1 star for NOT being the 2017 Disney version should be ashamed of themselves for being clueless. The others that complained that the English dubbing "didn't match up with the lips," Hahahahahaha! Did they actually think that someone was going to CGI the lips to move with the words? Also, there were some complaints that this was a 2014 movie and shouldn't have been listed as a 2017 film, but having been released as a dubbed version this year makes it a 2017 release. I am always surprised to find myself suprised with all of the "stupid" in the world.
65 people found this helpful

mojo jojo Reviewed in the United States on December 23, 2018
3.0 out of 5 stars
a prime example of "you're lucky you're pretty"
Verified purchase
The only redeeming factor of this film was that it was beautiful to look at, and the special effects were neat. What a pathetic story, though. *Ursula the sea witch voice* Patheeetic. Love story? What love story? They were jerks to each other a few times, had a dance, and she had some dreams about his tragic backstory. It's pretty bad that I felt more connected to the relationship he had with his dead wife than the current one we were viewing.

The storytelling was pitiful! Surely they could have wrapped up the 'tragic past' in one go, and saved the excess 10-15 minutes to build Belle and the Beast's relationship instead. I can't express all the things NOT right with this film. It sucks, because it had so much potential, and they wasted precious time on irrelevant things. I can't possibly see how they found the time to be in love in the first place. How the heck did the 1930s French Beauty and the Beast surpass one made in 2014 with CGI and an exponentially higher budget??

Poor writing, that's what! The black and white original, for all it's stilted old timey overacting, was twice as romantic and satisfying as this hot mess. It's ridiculous, considering how it had all the potential to go amazingly right, and was squandered by some fool who thought this was a good way to direct a movie.

I can't even say that it's just going off the source material, the original fairytale, therefore not what we're accustomed to. Because it only kept a few original points and totally went off and did its own thing - which is fine - IF the romance actually carried the story. Which it doesn't. At all.

I'm normally not this critical, but I've seen every Beauty and the Beast adaptation to date, and this one had no business being one of worst, with all it's potential for greatness. The awful english dub put me off at first, but I wasn't going to let that affect my judgment. I'm afraid, even in it's original language, the story is just not enough to save it. This is a nice, enchanted magical castle movie with some pretty costumes. It's entertaining if you have nothing else to watch. That's really all I can say for it, unfortunately.
8 people found this helpful

MiyaReviewed in the United States on March 31, 2017
5.0 out of 5 stars
Wonderful adaptation of a timeless tale.
Verified purchase
So far I have only been watching it in French with English subtitles.
The imagery is beautiful. Everything is so lush and vivid. Even the darkness of the castle is decadent. I like that they kept many details from the original book. Any interpretation of Beauty and the Beast brings joy and longing to my heart.
The only complaint is that the time the Beast and Belle actually spend together does not seem very long, they only have fleeting moments together and I wish I could have watched them together more.
15 people found this helpful

AmaangelReviewed in the United States on April 22, 2017
4.0 out of 5 stars
Different but lovely
Verified purchase
After the animation and the live versions, I personally liked this one a lot! It was different, firstly because it had subtitles and secondly, because the acting was better by far. I just liked it without all the music, CGI and other extraneous accoutrements. The story was told a bit differently too. I just plain liked it! it might not be for everyone. At first, before I saw it, I was priming myself not to like it. But, once into it, I was captured and found myself really enjoying it. So try it, you might be converted.
7 people found this helpful
See all reviews
Back to top
Get to Know Us
Make Money with Us
Amazon Payment Products
Let Us Help You
EnglishChoose a language for shopping. United StatesChoose a country/region for shopping.
© 1996-2022, Amazon.com, Inc. or its affiliates