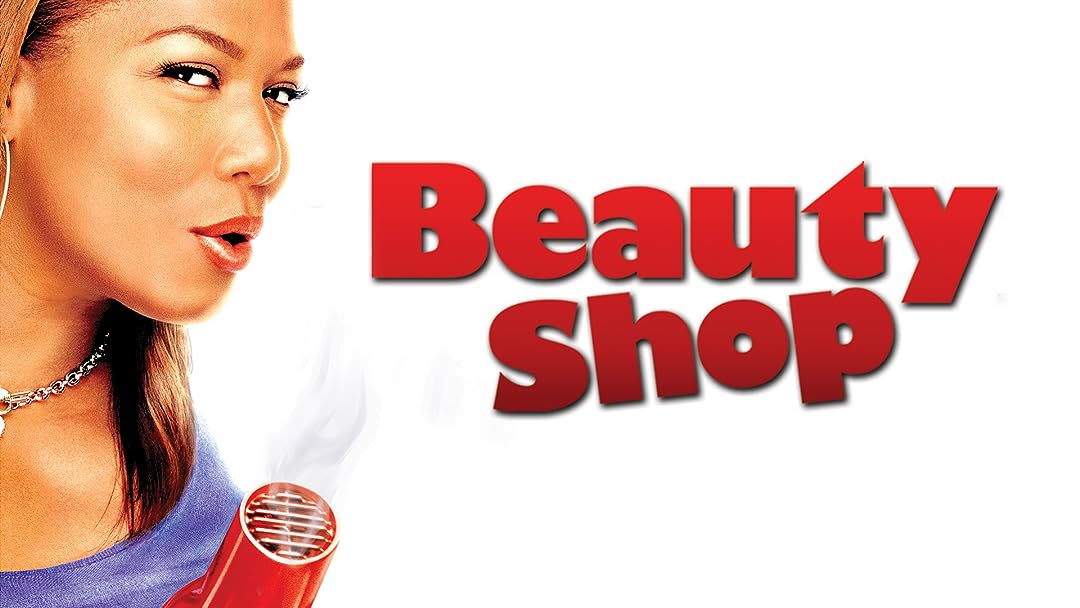 (2,959)
5.61 h 45 min2005X-RayPG-13
Gina Norris is a long way from the Barbershop. She's moved from Chicago to Atlanta so her daughter can attend a prestigious music school & she's made a name for herself at a posh salon with her hairstyles. When her egotistical boss takes credit for her work, Gina buys a rundown salon & inherits a motley group of headstrong stylists, a colorful clientele & a sexy piano-playing electrician.

Dope AFReviewed in the United States on August 24, 2019
3.0 out of 5 stars
TL;DR Can We Get Some Monkey Brain?
Verified purchase
TL;DR (Too, Long; Didn't Read) Version

All hail the Queen! But let's just have Barbershop 3 next time or maybe a spin-off that has a different plot at least. How about a Barbershop 3 with Gina (Queen Latifah) vs Calvin (Ice Cube)? Now that is a movie worth seeing.

The good
- Queen Latifah, along with the other non-white cast members, are witty, funny, and have likeable personalities.
- The movie paces itself well and most of the scenes are generally funny.

The bad
- Alicia Silverstone and Kevin Bacon shared cringe worthy performances. We're not quite sure how much they got paid to be in the movie, but we're guessing a lot for them to act the way they were told.
- Oh the stereotypes in this movie are too much to put into words.
- Who wrote this?
- The plot is almost identical to Barbershop. We knew it was a spin-off, but could we ask for something a bit different?
- The comedy in the movie is typical of the early 2000s jokes, but it does not hold well in 2019.

Final Verdict: A nice movie to pass the time. If you enjoy Barbershop with Ice Cube, then you'll enjoy this movie. Just don't expect anything radically different.

Rodney C WalmerReviewed in the United States on June 21, 2017
5.0 out of 5 stars
LOL Funny, Queen Latifah is at her best in this.
Verified purchase
Not generally my kind of movie, bought it for the wife. But, I have to admit, I really enjoyed it. I have always liked Queen Latifah Movies, they have a certain comedic element to them that brings me back to classic comedy. Beauty Shop delivers in so many ways. This movie boasts a number of stars including Kevin Bacon. In this Bacon is the man you love to hate, right from the start and Latifah is the woman who is the little guy who has to rise to the level of the competitive business she wants to be in. The movie will have you laughing from start to finish. I highly recommend it to anyone who likes to laugh, and doubly so to anyone who likes Queen Latifah.
16 people found this helpful

joel wingReviewed in the United States on June 19, 2021
3.0 out of 5 stars
Queen Latifah tries to make it as an independent businesswoman
Verified purchase
Beauty Shop was a spinoff of Ice Cube’s successful Barbershop movies featuring Queen Latifah who was in Barbershop 2. She quits working for Kevin Bacon and sets up her own shop. The movie focuses upon her being an independent businesswoman, her family and how hair salons are important parts of the black community. You have all the women going into the shop, hanging out and talking about different topics and each other. Yeah, there are some jokes, but it’s not really that kind of movie. It’s more like a slice of life.
2 people found this helpful

Jamie L. DavisReviewed in the United States on February 7, 2018
5.0 out of 5 stars
So good, so inspiring, so...incredible.
Verified purchase
I adore this movie even if it is forever locked in the cheesy category. Gina is a widow seeking to make her dreams come true with her very own Beauty Shop and it doesn't come without it's fair share of corrupt inspectors, a jealous former employer (Played by Kevin Bacon and I didn't realize that until the end?? HELLO!~! ), a super handsome electrician, and the BEST co workers EVER and a crazy DJ. If you want to just relax and watch something inspiring and funny - then this is your movie. And if you've ever played The 6 Degrees of Kevin Bacon you can now add Queen Latifah, and Alicia Silverstone to your degrees!~! Sit back, relax, and enjoy this...you can thank me later. Until next time y'all, Jamie
9 people found this helpful

Maree LaRueReviewed in the United States on June 16, 2021
5.0 out of 5 stars
An easy fun movie
Verified purchase
Remember seeing this in the theater, just going on the strength of Queen Latifah. Now that I've seen the Babershop movies, it's still really good. This movie makes me want to visit Atlanta and definitely make better friends with my coworkers.

Karrin L.Reviewed in the United States on May 4, 2019
2.0 out of 5 stars
Not that funny
Verified purchase
What was so humorous about this movie? The numerous talks about having sex with a hot guy, bikini waxing, climaxing and other sexual innuendos? The dissing of the white hairdresser because she wants to "act black"? Queen Latifah was the only good thing about this movie. It's rated PG-13 but it's not appropriate for my family.
4 people found this helpful

LauraleeReviewed in the United States on August 25, 2022
5.0 out of 5 stars
Queen Latifah roll is amazing
Verified purchase
I really loved how she had determination and an idea to run with and she did and took chances that a lot of us don’t do because we’re too fearful of what will happen. More of a adult or 14 and above movie all the actresses and actors are really good at portraying their parts

Butterflymom54Reviewed in the United States on June 5, 2019
4.0 out of 5 stars
A cut above!
Verified purchase
I love Queen Latifah. This was a great movie. Full of funny scenes, romance and plenty of attitude. Lot's of stars and a story that needs to be told. How to persevere through every challenge whether you are a sister of color or a lighter flavor!
Love the hairstyles. A bit risqué. Some parts are touchy but overall a good look. Enjoy!
2 people found this helpful
See all reviews
Back to top
Get to Know Us
Make Money with Us
Amazon Payment Products
Let Us Help You
EnglishChoose a language for shopping. United StatesChoose a country/region for shopping.
© 1996-2022, Amazon.com, Inc. or its affiliates