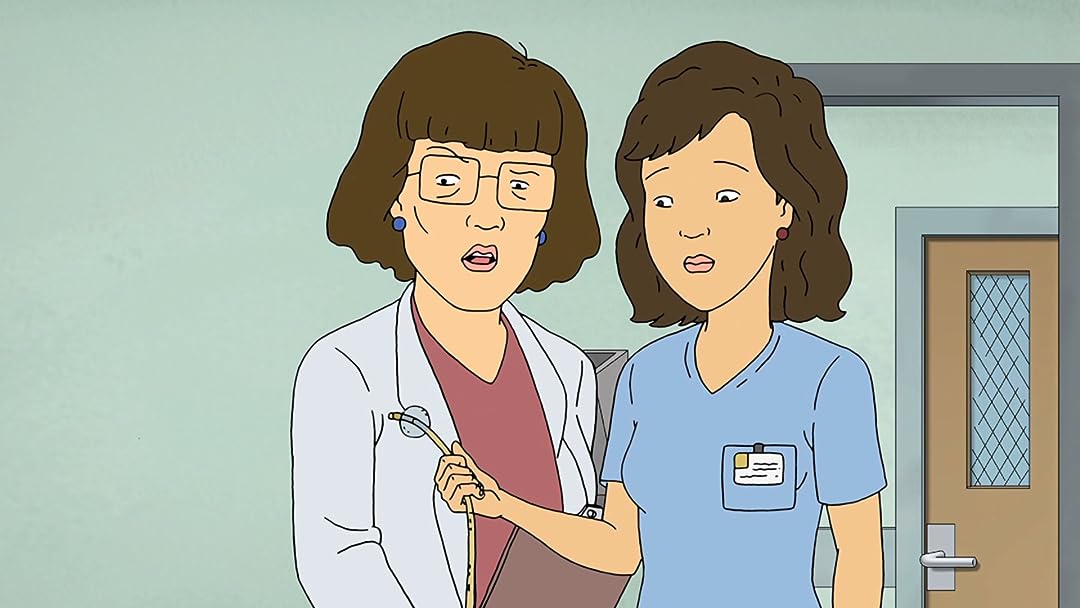 (986)
7.52011TV-14
Beavis and Butt-Head, America's favorite culture critics, are back. They now have more than just music videos to make fun of - reality TV, the internet, and Ultimate Fighting will all be crossing their TV screen!

Roy PaddockReviewed in the United States on October 10, 2022
5.0 out of 5 stars
thank you
Verified purchase
its good
One person found this helpful

victory89Reviewed in the United States on January 12, 2012
4.0 out of 5 stars
B&B - a timeless series
Verified purchase
I just recently became a fan of the show after I started watching this new season. I was a baby back in the 90's when Beavis & Butt-Head became a cultural phenomenon, but in the older episodes I have been watching compared to these new ones, it feels as though all those years didn't elapse at all.

As I watched the preview of this new season, a clip from "Holy Cornholio", I saw this show for what it appears to be at a glance; a cartoon about two stupid teenage boys who are very out-spoken, sometimes rude, and perverted. I didn't have a desire to continue to watch, but in the back of my mind I couldn't help but wonder what kind of crazy stuff these guys would do or say next. So I kept tuning in.

The more I watched this show, the more I came to realize that the whole concept of Beavis & Butt-Head isn't so much about the characters themselves, but it's more about satirizing the defects of American society and culture. The boys themselves are dumb as posts, but the show is obviously written and formatted by true brilliance. For a few of the episodes in this season, I had to watch two or three times to catch all of the jokes and the satire. I was surprised to find that watching Beavis & Butt-Head does require a certain level of being able to think and pay attention in order to really understand.

To put it simply, this show is definitely "cool". It is not meant to be taken too seriously. It's a very light-hearted and fun comedy to watch. Though unattractive, unintelligent and rough around the edges, Beavis & Butt-Head may not ever be able to pass any other test, but the test of time.

Jeremy M.Reviewed in the United States on April 26, 2021
4.0 out of 5 stars
Came late
Verified purchase
Came a little late on delivery, but I love Beavis and Butthead. I watched all the seasons (or so I thought) on Paramount Plus until I figured out there was a volume so I bought this DVD for it.
2 people found this helpful

iconicjReviewed in the United States on December 27, 2020
4.0 out of 5 stars
Back, with interrupting videos
Verified purchase
I liked that every other beavis and butthead collection skipped the music videos. This one has all the annoying interruptions, but it wouldn't been nice if you could skip them with a next chapter, but the chapters aren't aligned like that. Ah well fast forward a lot.
3 people found this helpful

Christopher WilkinsReviewed in the United States on February 10, 2012
5.0 out of 5 stars
Beavis and Butt-Head The New Season Now On Blu-Ray & DVD
Verified purchase
i loved the original series and was surprised when Mike Judge decided to bring back his animated series featuring these two teenage dimwits in all new adventures. and when they're not poking fun at the latest music videos, (just like the ol' days) they'll also poke fun at Jersey Shore and other MTV based shows. *UPDATE* the episodes have in fact been left COMPLETELY INTACT, so if you missed any or all of them when they aired then here's your chance. my only 2 complaints for this release which is easily overlooked are:

1: (DVD & Blu-ray) on the cover art and discs themselves Beavis & Butt-Head are missing the infamous AC/DC, Metallica insignia's from their shirts

2: (Blu-ray only) on the back of the box the audio specs say it's Standard Dolby Digital 5.1 when it's actually DTS-HD 5.1 Master Audio.

the second one listed i'm merely pointing out, and am glad to have gotten the higher end audio, but all in all this release is definitely worth adding to your collection. i'd love to also see a Blu-ray release of Beavis and Butt-Head Do America hopefully soon :p
10 people found this helpful

Ann McMillenReviewed in the United States on August 28, 2021
5.0 out of 5 stars
Smell my finger
Verified purchase
These guys are the coolest!! Period!! I would love to eat their fart sandwiches!! 😋

AnthonyReviewed in the United States on July 8, 2012
4.0 out of 5 stars
I Will Never Get Tired of Beavis & Butt-Head
Verified purchase
Although you wouldn't know it from the box, this disc includes the entirety of season 8 (2011) along with all the videos. There isn't anything I can say about the show that hasn't been said before. By now you know whether you like them or not. That said, the new season is on par with the average episodes from the original run, and thankfully never matches the worst of the worst from the old days. Season 8 even produced one of my now all time favorite episodes, "Bathroom Break." My only problem with this disc, aside from the completely useless cover they stuck on the box, is the fact that you are forced to watch the episodes with the videos intertwined, which kinda sucks when you just want to watch the cartoons and none of the Jersey Shore clips.
One person found this helpful
See all reviews
Back to top
Get to Know Us
Make Money with Us
Amazon Payment Products
Let Us Help You
EnglishChoose a language for shopping. United StatesChoose a country/region for shopping.
© 1996-2022, Amazon.com, Inc. or its affiliates