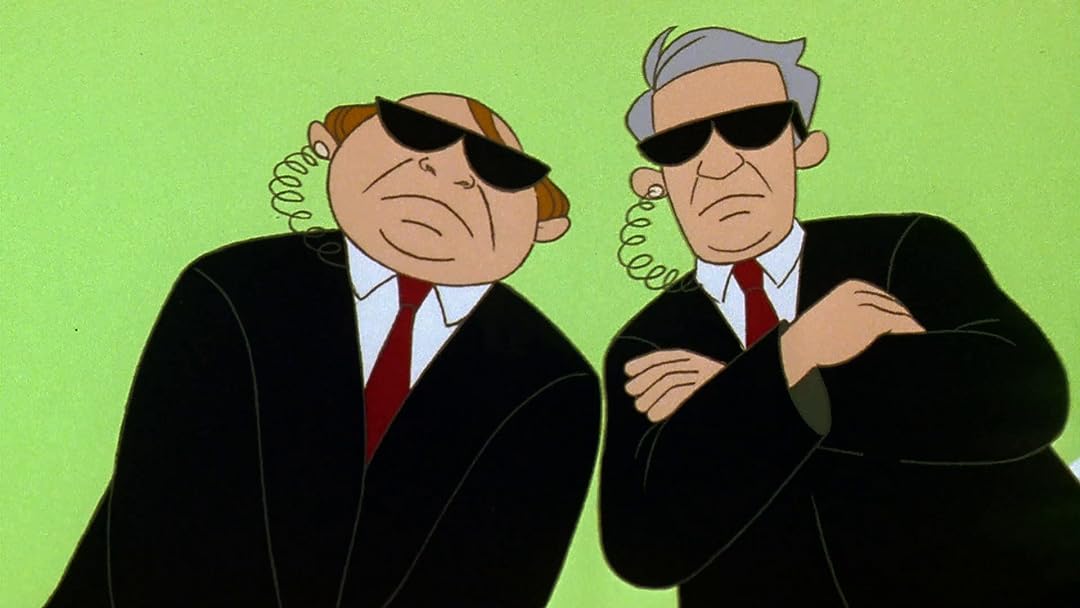 fmwaalexReviewed in the United States on September 3, 2018
5.0 out of 5 stars
WHAT A DAY AT THE PARK
Verified purchase
BEBE’S KIDS

I remember watching this when I was younger and just straight loving it. I used to watch it all the time and then after moving one year I could no longer find my copy. So the years went by and I met a woman when I was eighteen and eventually married her, still are today. Well she as it turns out used to do the same thing until she lost it in a move. The years went by and when the DVD was released on demand here on Amazon I had to order it for her birthday.

The film follows a man named Robin Harris [playing himself here] who asks out a woman he meets a funeral. She says sure but he has to take her son with them to a place called fun world. He of course agrees but upon arriving to pick her up he sees three more kids with her that she is watching for her friend Bebe. He has to take all five of them if he wants the girl, so he does. This leads to one of the most stressful days of his life but may be just what he needs.

This is one of the most fun movies I have ever watched. Sure this is straight 90’s at its best but that is just what I love. The performances and the animation are great and still hold up today. My wife absolutely loves this movie and is one of her all time favorite animated films. The movie was written by Robin Harris of course and “House Party” writer Reginald Hudlin who did a wonderful job here. Also director Bruce Smith did a great job here as well.

The DVD comes with the bonus cartoon “Itsy Bitsy Spider” which is one of the best and most entertaining things I remember from my childhood. I love this short with that exterminator going at it is with the spider. This is a super fun cartoon and it is wonderful with that it comes with this DVD. I highly recommend this DVD to everyone, especially us 90’s kids.

Raisuli the MagnificentReviewed in the United States on July 14, 2018
4.0 out of 5 stars
Paramount reinvents Warner Brothers' animation
Verified purchase
Like an idiot I gave away my old DVD copy of this film which had the paramount banner at the top of the case. And the film went out of print, and you couldn't get a copy unless you wanted to spend hundreds of dollars on a used copy. I won't make that mistake again.

I like this film because it's produced in the tradition of Warner Brothers' animation, even though it's from a rival studio. And it's a film that is actually fairly high budget given the fact that it's animated. A lot of old fashioned animation gags are used in this film to keep the humor energetic and dynamic, and dare I say it, "fresh".

I'm loosely familiar with Robin Harris' standup, but never really got to see much of him beyond the occasional HBO special. And for a man who died at such a young age, he is well remembered in this animated tribute. I think largely because his comedy, even though it had an African American flavor to it, was, if you listened to the salient points, was a commentary on familial situations. No set of parents likes to admit that their kids did something embarrassing. And in Harris' world the humorously wrong thing to do is to blame it on someone else's kids (which some people do).

There's some placation to the black perspective on white authority figures, as well as a humorous examination of people who can't let go of things. And, there's of course, the examination of what makes Bebe's kids … well, Bebe's kids, and how more salient normal people who happen to be black view those who wear their ethnicity on their sleeve.

But, regardless of all of the examination of black cultural polar opposites, it is a decent and funny animated film. In fact it's darn right hilarious at times. I guess the thing that keeps me from giving it five stars is that it's not really an ideal film about black family humor. I don't know what such a film would be like, but this one is more of a Bugs Bunny Road Runner approach to the unreigned children of an African American single mother.

The DVD quality is actually okay. It's not crystal clear, but you really don't need animation to be super clear (mostly at least). And where the art is stylized, the animation is very smooth and energetic, again in a very traditional 1940s Warner Brothers' vein, which is married to some very witty dialogue and voice acting. A real thumbs up.

John AquinoReviewed in the United States on September 28, 2020
2.0 out of 5 stars
AN ACQUIRED TASTE?
Verified purchase
BEBE’S KIDS

I've heard of this movie ever since it first came out.
Now I have finally had opportunity to sit down and watch it.

THE GOOD BITS:
The character designs for the protagonists were well done.
I can see where some of the animation was smooth.
I can also tell how much effort they put into
trying to remain faithful to the stand-up comedy routine the movie is based on.
(That's not always easy.)
I laughed once or twice. Sincerely.

THE NOT-SO-GOOD:
Perhaps its just due to this being the first time watching the show
and maybe its value is strongly enhanced by a combination of
nostalgia and understanding the various references in the movie.

Conceding all that - It was still uncomfortable for me to watch.

My suspension of disbelief kept getting the supports kicked out from under it
by the combined power of watching people behave badly, not get called on it, not correct themselves,
and incur vast quantities of property damage,
all while claiming that they were the helpless victims of circumstance.

. . . Actually,
that sounds like your average Warner Brothers cartoon. :-)

However, somehow, this time it just didn't feel funny.

The whirlwind 24 hour romance was a bit hard to swallow as well.
Not impossible, but it just felt improbable that a lady
could find that guy's dialogue at all attractive.
Except, she turned out to be a rather gifted enabler of bad behavior,
so that almost makes sense.

Still, though, it was just real hard for me to watch.

Can I recommend “Bebe’s Kids” ?
Well – Some people DO like it and I’m happy for them.
Let’s just say that if you must watch it and didn’t enjoy it, you’re not alone. :-)
2 people found this helpful

JenniferReviewed in the United States on February 10, 2017
5.0 out of 5 stars
"We don't die! We multiply!!"
Verified purchase
I got this one after years of patiently waiting for the price to come down somewhere around "reasonable", after a time-frame when it was apparently hard to get ahold of and vendors were really cashing in because of that! Oh my stars, it was every bit as fun as the first time I saw it, and I can't recall now where I saw it first, possibly cable. I remember all of the kids at school talking about it though before even that.
I will just give fair warning and say that it's not for anyone aiming to be politically correct, nor is it for parents who are too easily offended by anything more than a screwdriver sitting on the work-table. It is also not. for. kids. Especially impressionable ones, who tend to mimic what they see. Enjoy!
8 people found this helpful

Amazon CustomerReviewed in the United States on March 13, 2021
5.0 out of 5 stars
Brings back memories
Verified purchase
Growing up as a black kid in the 90's ,from HBO's Happily Ever After to Paramount's Bebe's Kids, this movie is a timeless animated black comedy! This is a story based on the great comedian Robin Harris' experience taking a women that he was interested in and her son to Disney[world]land. If you pay close enough attention, you will see how some of the visual nuances provided in the film parallels with his stand up special. As a west coast Cali girl, I barely saw films, let alone animated ones, for kids that showed a glimmer of reality. What captivated me most was its music! From Tone Loc to Faizon Love, Marques Houston to Renee Diggs, cheers to Bebe's Kids for 90's nostalgia!
One person found this helpful

LMBReviewed in the United States on May 31, 2019
4.0 out of 5 stars
Nostalgia
Verified purchase
I watch this movie a lot when I was a kid I bought it recently to show one of my friends it is a good bad movie to watch , A jewel of 90s movie writing so much more violent and sexual innuendos then I remember.

Faithy31Reviewed in the United States on July 5, 2018
5.0 out of 5 stars
Childhood classic love it
Verified purchase
Very happy with the purchase. It came in great condition and brand new just like I ordered. Fast shipping. I use to love this movie when I was a child and it’s still funny today if you have a good sense of humor as an adult.
One person found this helpful
See all reviews
Back to top
Get to Know Us
Make Money with Us
Amazon Payment Products
Let Us Help You
EnglishChoose a language for shopping. United StatesChoose a country/region for shopping.
© 1996-2021, Amazon.com, Inc. or its affiliates