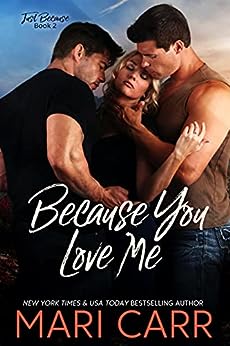 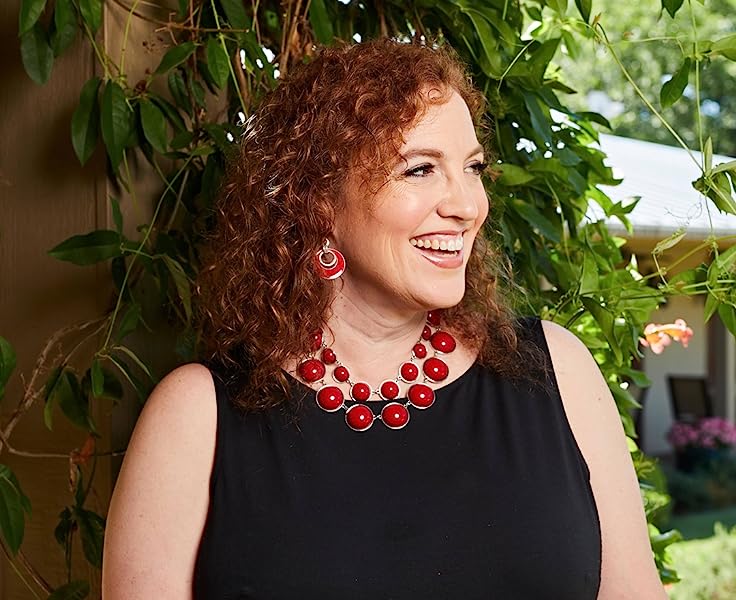 Because You Love Me (Just Because Book 2) Kindle Edition

by Mari Carr (Author) Format: Kindle Edition
Book 2 of 3: Just Because
See all formats and editions
Sorry, there was a problem loading this page. Try again.

Safety in numbers? Depends on what you mean by safe…

Bridget Wilder’s life is shot to hell—literally—when she witnesses the murder of her best friend, Lyle. Protective custody? What a joke. Time after time, someone has leaked her whereabouts, forcing her to run from one safe house to the next.

Tired of cold, lonely beds and living in fear, Bridget convinces her guardian cop she’s safer off the grid,following Lyle’s trail of clues to a missing flash drive that could put the killer behind bars.

It doesn’t take twins Mark and Matt James long to figure out two things. Bridget’s not only in trouble, she is trouble—they both want her. When things get a little hot and heavy one night, they’re stunned to discover that they don’t mind sharing. And she loves being shared.

Between the James brothers’ hot, hard bodies, Bridget finally feels safe—and loved. When a hit man tracks her down, the last thing she wants is for them to place those bodies between her and danger. But the cowboys have other ideas. Like keeping her alive long enough to convince her she belongs with them. Forever.

Next 2 for you in this series See full series
Total Price: $5.98
Books In This Series (3 Books)
Complete Series
Just Because
Kindle Edition
Page 1 of 1Start OverPage 1 of 1
Previous page
Next page

Find Mari on the web at www.maricarr.com. Sign up for Mari's newsletter and never miss a release or special sale - https://landing.mailerlite.com/webforms/landing/e3b4s4

Kindle Customer Cindy
5.0 out of 5 stars Loved this!!
Reviewed in the United States on April 15, 2022
Verified Purchase
I loved this story between Mark, Matt and Bridget!! She's on the run with her protector Rodney. They've followed clues in a letter and came to Saratoga Wyoming. She meets Matt and Mark at the B&B. They have chemistry immediately. Loved this book and love this series. I can't wait for Jacob and Rodney's story!!
Read more
Helpful
Report abuse
See all reviews