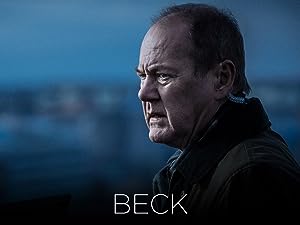 (7)7.4200916+
He's got no style, he's got no flash and he's squarely in middle age. But Swedish detective Martin Beck is good at one thing: methodically catching criminals so that they can be put away... for a long time. His tightly-wound partner, Gunvald, is his opposite: an impulsive man who cuts a dashing figure, is in no way politically correct and who never met a boundary he didn't leap across.

Kindle CustomerReviewed in the United States on October 24, 2017
5.0 out of 5 stars
Excellent series
Verified purchase
Discovered the series after seeing the actor who plays Gunvald (love him) in another setting. One of the better series I've watched - I, too, was sad to see it end. The characters very humanly portrayed, the production excellent. On par of the Swedish Wallander series, which is a favorite.

Elaine SturgisReviewed in the United States on January 18, 2017
4.0 out of 5 stars
Four Stars
Verified purchase
Good show, we 'll acted and written
One person found this helpful

Mary E HammondReviewed in the United States on January 10, 2017
5.0 out of 5 stars
Well with the time!
Verified purchase
Action with thought.
One person found this helpful

K2012Reviewed in the United States on August 11, 2020
5.0 out of 5 stars
Well produced series with exceptional actors
I think the real "draw" for this series, at least for me, has been watching Mikael Persbrandt (Gunvald), whose skill is so good, he saves a weak plot line (accidentally encountering his partner after 10 years, with a 10 year old son who just happens to be Gunvald's, etc.). His boldness and style only hint at the character's past experience and training he has completed, even when his skills fall short tactically. Perhaps to emphasize his limitations, or just poor writing, Gunvald standing and pointing his gun as a car races towards him, is pointedly awkward, even a little amusing.
And, I may have missed the explanation, but I'm at a loss to explain why Beck's lonely neighbor has had to wear a neck brace for a decade.
The solid performances by all of the characters in every episode, and the intricacies of each storyline as it unfolds, make this series delightful to watch. While some episodes may seem a little dark, there isn't superfluous blood & gore or gratuitous violence. It is also great for those who want to see a captivating series that isn't steeped in profanity.

D CollinsReviewed in the United States on October 13, 2020
5.0 out of 5 stars
A Serious Thriller but has A few light moments with his neighbor
Loved the series.. keeps you totally immersed in the plot through to the ending.

NMReviewed in the United States on April 2, 2019
5.0 out of 5 stars
Brilliant show
Can't get enough of this series. Excellent acting, directing and editing.
See all reviews
Back to top
Get to Know Us
Make Money with Us
Amazon Payment Products
Let Us Help You
EnglishChoose a language for shopping. United StatesChoose a country/region for shopping.
© 1996-2021, Amazon.com, Inc. or its affiliates