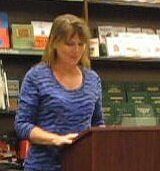 Becky takes frequent flights of fantasy, in real life as well as in her writing. It's said that life is stranger than fiction, but Becky's out to prove it's possible to integrate it both ways. Whether she's racing her Arabian horses through the woods, rapid firing her .45 or gargoyling from local rooftops, Becky finds it hard to stay grounded in the real world. Although she has yet to ride in a space ship (she did get to simulate crashing a 727) or to meet a real vampire (that she's aware of), anachronistic dress, "QaQ poHmey" and pints of brew (yes, it comes in pints) are standard fare on the odd weekend. 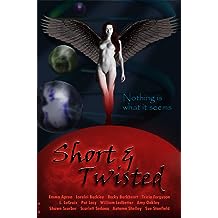 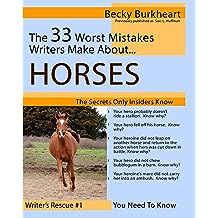 The 33 Worst Mistakes Writers Make About Horses (Write It RIght Book 1) Dec 10, 2017
by Becky Burkheart
( 19 )
$3.99
Avoid 33 common mistakes writers make about horses that drive riders crazy. This book answers key questions non-horseman don't know they need to ask, offering clear answers for simple issues and research terms for more complex ones. Each of the 33 Mistakes are explained in clear layman's terms in this quick and hard hitting 10,000 words. As both a rider and a writer, the author offers real world examples and conflicts rather than simply explaining what's proper. Whether you write fantasy, historical or contemporary fiction, these simple points can easily add layers and depth, a line at a time, and help hook reading horse-lovers into your stories. (Previously published as Sue L. Huffman)
Read more
Other Formats: Paperback 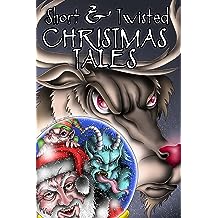 If you love Halloween but are so-so about Christmas - these stories are for you. Scary, funny, sweet or sad - they're all TWISTED.
Read more
Other Formats: Paperback 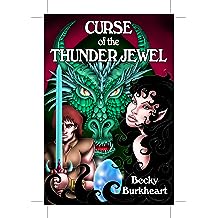 The half-elven Daleena agrees to be the Dragonlord's consort, unaware she's going to be bound to a magical jewel that's stuck inside the hero who insists on rescuing her.

Joren, a hero for hire, agrees to one last job before he retires. He didn't count on being cursed with a magical jewel, or that the lady isn't a lady but only wants to be a lady, and doesn't want to be rescued from the dragon...or does she?

Given the chance to attain all she’s never dared to dream of, will Daleena throw it away, choosing instead to wander alongside her hero?
Read more
Other Formats: Paperback 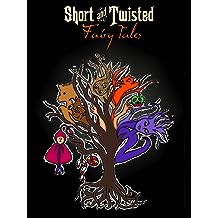 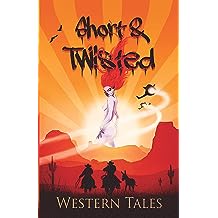 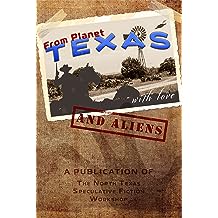 From Planet Texas, With Love and Aliens Apr 5, 2017
by Pat Hauldren, Becky Burkheart, B. N. Carman, Tricia Ferguson, Tom Rodgers, Todd Glasscock, Peter Keenan, Russ Linton, Laura Maisano
( 3 )
$2.99
Speculative fiction is a thing unto itself, full of wonder and wisdom, creativity and imagination. Here is the first anthology of the North Texas Speculative Fiction Workshop. In these pages, you'll find a mix of fantasy, science fiction, and horror with stories like growing up in the space age, a housewife who hunts the homeless for dinner, the magic of mirrors and shades, an intergalactic triathlon, a magic shad, and much more.
Read more
Other Formats: Paperback 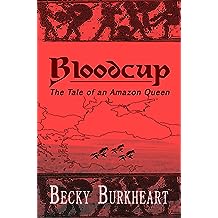 What is it to be a priestess and a queen but a life of service to the people and the gods?

Historic legend tells us Hercules stole the Golden Girdle of War from the Amazon Queen, Hippolyte, at the command of King Eurytheus. Once it was taken back to Mycene – the trail grows cold.

In BLOODCUP the young warrior-priestess Aekhosora seizes command in the aftermath of that bloody theft to lead the army of her people on a vengeful journey south to recover the girdle. Plunging into the marshes of the Danube, through Thrace, past Mount Olympus, with only a brief stop at Delphi, they march on Theseus and all but take Athens before they continue south to death and slavery at Megara.

Suffering the whims of slavery, she struggles to stay true to her god, her goal and the man who takes her home, a man who finds himself the master of a queen striving to restore a lost and scattered people.
Read more
Other Formats: Paperback 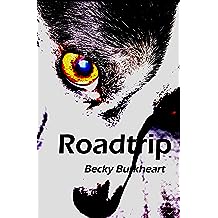 Roadtrip Feb 11, 2014
by Becky Burkheart
( 1 )
$0.99
A short humorous paranormal horror story in which Tamara has a few days off work so she grabs her keys, credit cards and her little dog and hits the road for a spontaneous roadtrip. She tries to dismiss her growing paranoia, but it just keeps getting worse. It couldn't have anything to do with that weird little bone her her dog dug up out of the garden ... could it?
Read more
Other Formats: Audible Audiobook 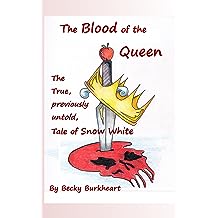 This is a fresh retelling of the classic myth.

As history is told by the victors, what has passed down through the ages is exactly what the Queen wanted us to know. Now read the true tale, the story of a great queen, bidding her time, and at long last reclaiming her own.
Read more 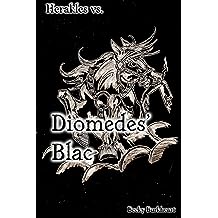 Diomedes' Blac (Herakles Vs Book 3) Oct 17, 2013
by Becky Burkheart, John Stepherson, Sallie Olson, Wendy Morman
( 4 )
$0.99
Strong mares, we must choose a strong master. We'd follow only the strongest and most resolute of warriors. The man who will command us must first prove himself worthy.

Vicious, legend calls us, and bloodthirsty, yet my sisters and I did only as we were bid.


Read the truth behind the Third Labor of Herakles, the so-called theft of the flesh-eating mares, as told by Diomedes' Blac as she makes her choice. 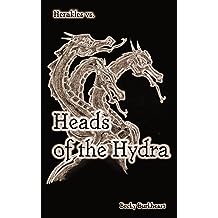 Heads of the Hydra (Herakles vs. Book 2) Apr 4, 2013
by Becky Burkheart, John Stepherson, Sallie Olson, Wendy Morman
( 5 )
$0.99
Many tell the tale of my brother, the great golden-furred beast of Nemea and of how Zeus, through his mortal son Herakles, battered the life from my brother, left him broken and cold, and stole his shepherdess.

As guardian of Lerna, I understand well the gods' penchant for capriciousness, yet still I rage against the murder of blood-kin. Enraged, I welcomed Herakles to my gate, thinking to grant him passage to the underworld. In the end, the gods' willed it not to be.

~
Read the truth of the labors of Herakles as told by the ones who suffered his wrath. Heads of the Hydra is the second of 12 short stories each told by the so-called monster
Read more