Becoming Human: Matter and Meaning in an Antiblack World and millions of other books are available for Amazon Kindle. Learn more
Share <Embed> 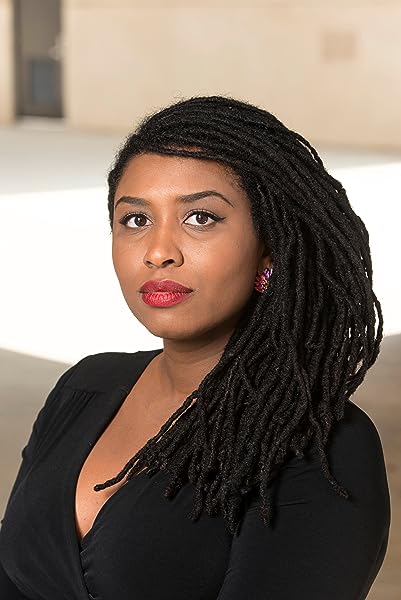 Becoming Human: Matter and Meaning in an Antiblack World (Sexual Cultures, 53) Paperback – May 19, 2020

by Zakiyyah Iman Jackson (Author)
4.7 out of 5 stars 26 ratings
Part of: Sexual Cultures (51 books)
See all formats and editions
Sorry, there was a problem loading this page. Try again.

Argues that blackness disrupts our essential ideas of race, gender, and, ultimately, the human

Rewriting the pernicious, enduring relationship between blackness and animality in the history of Western science and philosophy, Becoming Human: Matter and Meaning in an Antiblack World breaks open the rancorous debate between black critical theory and posthumanism. Through the cultural terrain of literature by Toni Morrison, Nalo Hopkinson, Audre Lorde, and Octavia Butler, the art of Wangechi Mutu and Ezrom Legae, and the oratory of Frederick Douglass, Zakiyyah Iman Jackson both critiques and displaces the racial logic that has dominated scientific thought since the Enlightenment. In so doing, Becoming Human demonstrates that the history of racialized gender and maternity, specifically antiblackness, is indispensable to future thought on matter, materiality, animality, and posthumanism.

Jackson argues that African diasporic cultural production alters the meaning of being human and engages in imaginative practices of world-building against a history of the bestialization and thingification of blackness―the process of imagining the black person as an empty vessel, a non-being, an ontological zero―and the violent imposition of colonial myths of racial hierarchy. She creatively responds to the animalization of blackness by generating alternative frameworks of thought and relationality that not only disrupt the racialization of the human/animal distinction found in Western science and philosophy but also challenge the epistemic and material terms under which the specter of animal life acquires its authority. What emerges is a radically unruly sense of a being, knowing, feeling existence: one that necessarily ruptures the foundations of "the human."

"Within Western philosophy, Zakiyyah Iman Jackson shows, Black people historically have been 'animalized.' In examining these limitations of Western philosophy, Becoming Human shows that the fundamental idea of 'humanity' that has gained widespread credence in the West is flawed … Jackson makes an intervention by firmly placing Black literary and visual culture into philosophy." ― Public Books

"This is a demanding, complex, and highly significant contribution to the literature on the nature of the moral and philosophical distinctions between human and nonhuman creatures...The implications for theological anthropology are, undoubtedly, shattering." ― Literature and Theology

"Rewriting the pernicious, enduring relationship between Blackness and animality in the history of Western science and philosophy, Becoming Human: Matter and Meaning in an Antiblack World breaks open the rancorous debate between Black critical theory and posthumanism [...] What emerges is a radically unruly sense of a being, knowing, feeling existence: one that necessarily ruptures the foundations of 'the human." ― Black Perspectives

"Jackson states that real change will require “revolutionizing” the human body, and her prescription for freeing oneself from the limitations of gender and species requires the same “plasticity" by which Blackness and anti-Blackness continue to be defined." ― CHOICE

"The book presents a compelling argument and offers worthwhile suggestions. I will certainly have my undergraduates wrestle with some of this material in upcoming semesters." ― Religions Journal

"The sheer beauty, force, and ingenuity of Zakiyyah Iman Jackson's aesthetic strategies and gestures are on display as she performs the very risks and rewards she conjures. Offering a brilliant intervention into questions of the human, each of Jackson’s readings profoundly unsettle our presumed relations and prevailing ontologies. She reads western philosophy and science through African diasporic literatures, theories, and visual art to open us up to what is made―what might be made―in excess of the matrix of antiblackness and its constitutive forms of the human, animal, gender, and matter. In the book’s range of knowledges, reach, and scope, no field nor discipline would not benefit from a real and sustained engagement with the work that Jackson undertakes here." -- Christina Sharpe, author of In the Wake

"Brilliantly reframes the relation between blackened life and the category of the human, by shifting the terms of the debate. She maintains that neither dehumanization nor exclusion are sufficient to explain antiblackness and its descending scale of life. In so doing, Jackson's ‘ontological plasticity’ reveals the controlled depletion that produces the liquidity of life and fleshly existence, and enables blackened life to be anything, which is also to say nothing at all. Jackson’s rigorous and sustained meditation is relentless in exploring the possibilities for a generative disordering of being, inhabiting other senses of the world, and imagining the field of relation in ceaseless flux and directionless becoming." -- Saidiya Hartman, author of Wayward Lives, Beautiful Experiments

Start reading Becoming Human on your Kindle in under a minute.

Jozef Syndicate
4.0 out of 5 stars Scholars of Black studies, literature, and humanities, buckle up.
Reviewed in the United States on June 23, 2020
First impression? Whew! (actually it was more like "!@?&! Are we ready for this?! ).

Collectively we agreed that we are ready and began reading Becoming Human: Matter and Meaning in an Antiblack World, which proved to be the intellectual challenge we anticipated.  Scholars of Black studies, literature, and humanities, buckle up.

Zakiyyah Iman Jackson, who is an English professor, is rewriting the relationship between Blackness and animality that permeates Western philosophy, literature, and science.

Throughout the book she builds the argument  that dynamic African diasporic literature and art alter the historical depiction and meaning of being human. She shows how the cultural works of Toni Morrison, Wangechi Mutu, and others present humanity that's at odds with animalization. They  counter the pattern of bestializing and "thingificating" Blackness.

In today's anti-racist climate, "Becoming Human" lends valuable context to the constant presentation that dehumanizes Black people and imagines Blacks as nothing, non-beings, or empty vessels.

Jackson writes, "I maintain that Blackness, and the abject fleshly figures that bear the weight of the world, is a being (something rather than nothing, perhaps even everything), and I aim to reveal and unsettle the machinations that suggest Blackness is nothingness. "

However, her academic writing is not for the casual or even the most thoughtful and erudite reader. 3.5-star. Academicians, enjoy.

A Feldman
5.0 out of 5 stars briliant
Reviewed in the United States on July 18, 2020
the new voice of a generation, acutely smart, capacious and timely.
Read more
One person found this helpful
Helpful
Report abuse
See all reviews
Back to top
Get to Know Us
Make Money with Us
Amazon Payment Products
Let Us Help You
EnglishChoose a language for shopping. United StatesChoose a country/region for shopping.
© 1996-2021, Amazon.com, Inc. or its affiliates