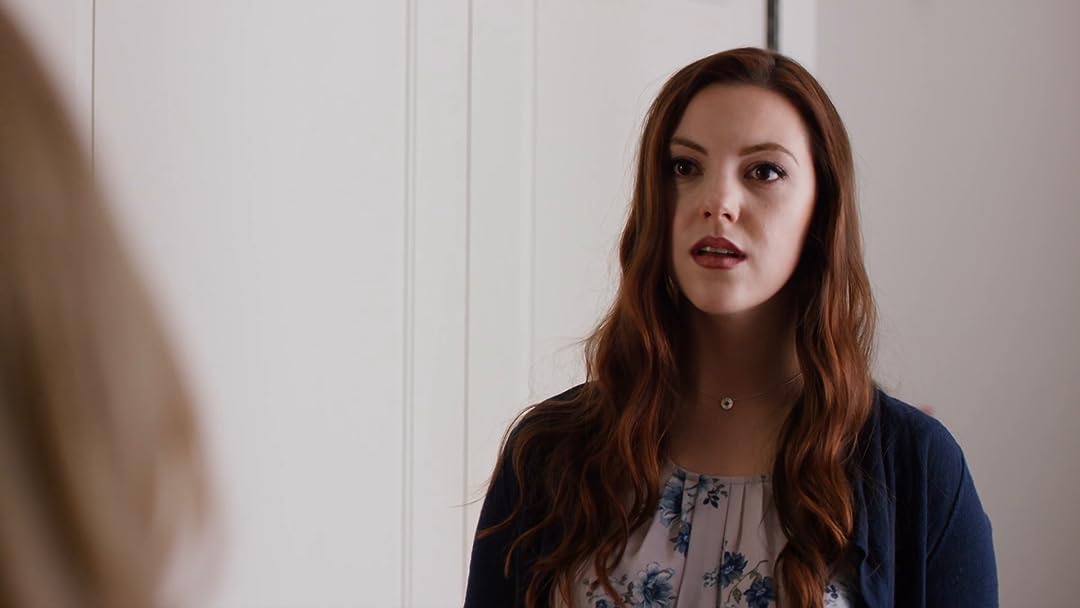 Amazon CustomerReviewed in the United States on February 21, 2021
5.0 out of 5 stars
Good
Verified purchase
I'm giving it high marks because I love the story. I didn't think that Lexi was the best main actress. She was way too sweet for the role. Her counterpart actors showed her up. All of them were very good, believable, but Lexi, I could tell she took the part serious but it just wasn't there. They needed someone with stronger acting skills for that type of role. Sorry Lexi. You've been great in other movies. Just not my favorite in this one.
One person found this helpful

KristenReviewed in the United States on September 13, 2021
3.0 out of 5 stars
Could Have Been Better
Verified purchase
They focused way too much on the rehearsals and not nearly enough on developing the plot for this movie. I enjoyed it but some of it was over the top and I so wish they had gone deeper with the two leads.

TimReviewed in the United States on March 2, 2020
5.0 out of 5 stars
Fun new take on a classic story!
Verified purchase
If you like the original Pride and Prejudice story, you will enjoy this movie. Pride and Prejudice is my all time favorite story/book/movie and this movie was a fun way to revisit the storyline. It is not an elaborate set, but characters were likable and fun to watch. I'm sad this has only one mediocre review before mine. Just wanted to say it was totally worth the watch! I will enjoy rewatching it!
One person found this helpful

Amazon CustomerReviewed in the United States on March 18, 2020
5.0 out of 5 stars
Excellent Mr Darcy
Verified purchase
I really liked this movie, being a huge Pride and Prejudice fan. If you are a fan, I think you will agree that the actor that is playing an actor for a filming of Pride and Prejudice is excellent.
One person found this helpful

MarieReviewed in the United States on February 22, 2020
3.0 out of 5 stars
More than an accent problem
Verified purchase
The main actress rushes her lines; it is not just an accent problem.
2 people found this helpful

KristelReviewed in the United States on March 24, 2021
4.0 out of 5 stars
Overall a nice movie!
Verified purchase
I like how the Pride & Prejudice characters are aligned with the actors real characters in the movie. The British actor who played Liam/Darcy did an excellent acting!

JustMellowReviewed in the United States on April 13, 2020
4.0 out of 5 stars
charming
Verified purchase
A charming and sweet movie for a lazy afternoon.

H. BalaReviewed in the United States on March 19, 2020
3.0 out of 5 stars
It is a truth universally acknowledged that P&P must be in want of sharp social media commentary
As much as I was rooting for Lexi Giovagnoli to come thru, I ended up seeing eye to eye with the salty characters in the movie whose strong opinion was that Kate Miller - the character Lexi plays - was wrong for the part of Lizzy Bennet. You can even go meta and say that Lexi herself was wrong for the part.

In a world where Internet-famous is a real thing, Kate Miller is a popular L.A. vlogger whose social media channel has blown up to 8,100,875 subscribers. Such potent online presence is what lands Kate the part of Lizzy Bennet in the upcoming, umpteenth motion picture adaptation of Pride & Prejudice. The producer (Karan Sagoo) and director of this low-budget project think her fans will drive up the box office take. Moreover, the director, Sophie (Justina Biosah), isn't just selling out. She genuinely believes Kate has the acting chops. As proof, Sophie cites Kate's fantastic performance in the Three Times A Charm web series. Sure, Kate's try at a British accent is teeth-grinding. But, hey, cast and crew have two weeks of rehearsal. Maybe it's enough time for Kate to improve before shooting starts.

To say Kate's cast-mates are underwhelmed with her flimsy English accent is putting it mildly. Kate's romantic co-star, who is playing Mr. Darcy, is particulary appalled and distressed. Liam (David Witts) had already made a name for himself in England. He'd hoped this movie would kick off his American career. Even more spiteful is Emilia (Arianna America), the actress playing Caroline Bingley. Emilia covets the part of "Lizzy." But the biggest threat to Kate may be the high-maintenance investor herself, Philippa Jones (Hannah Whiteoak), who's unhappy that an American was cast as the iconic Lizzy.

And who knows? Kate could've maybe done more than just take online tutorials for dialect training, am I right? The only one who seems to be able to effectively coach her is that colossal snob, Liam. Throw in, too, that now Kate is also getting in trouble with the suits for posting her honest thoughts on her vlogs.

At least, Kate's made some friends on the set. She's friendly with Julia (Hannah Grace Hays) and Ben (Hamish Briggs), the actors playing Jane Bennet and Mr. Bingley, respectively. And that late arrival, Will (James Nitti), who plays Wickham, is as charming as can be. He's of the same opinion as Kate's when it comes to the disdainful Liam.

Jane Austen had best get screenplay credits for this movie. Becoming Ms. Bennet: Pride & Prejudice - a.k.a. Pride & Prejudice, Cut - is far from being the best movie adaptation of Austen's classic. In its laziness, it leans closer to being one of the worst. So many of the "actors" echo the characteristics and story arcs of their P&P roles. No shock that Liam is an arrogant snob like Mr. Darcy. No surprise that Emilia matches Caroline Bingley in her casual malice. Or that Will proves to be a louse. And no startlement that the actors playing Jane and Mr. Bingley would be drawn to each other.

The few touches of "originality" concern Kate's struggle to perfect her shaky English accent, and the hedonism of the investor, and Kate's determination to stay true to herself in her vlogs. Four years ago, I watched Lexi Giovagnoli in the atrocious A Dogwalker's Christmas Tale. She's much more likable and relatable here. Her Kate is a sweetheart, a genuinely nice person who remains upbeat and encouraging to her fans and her viewers on her YuoTube - sorry, WatchIt - channel. But I don't think she ever gets the accent down, and the characters within the movie that congratulate her for perfecting her accent just loses the movie its credibility. Not to mention, as sweet and likable as Lexi was, she doesn't quite inhabit Elizabeth Bennet's cutting wit and vitality and fight. Last year, 2018, saw two Pride & Prejudice-themed holiday movies (Christmas at Pemberley Manor; Pride, Prejudice and Mistletoe). 2019's entry, Becoming Ms. Bennet, doesn't a pattern or a habit make, never mind that another famous Austen novel was given a movie treatment a month later, titled Sense, Sensibility & Snowmen. None of these loose modern adaptations capture the essense of what made Pride & Prejudice and Sense & Sensibility these timeless reads. I do give Becoming Ms. Bennet its propers for transitioning Austen's penetrating observations on social classes into a commentary on how social media has today become this pervasive, ubiquitous force. That's not nothing.