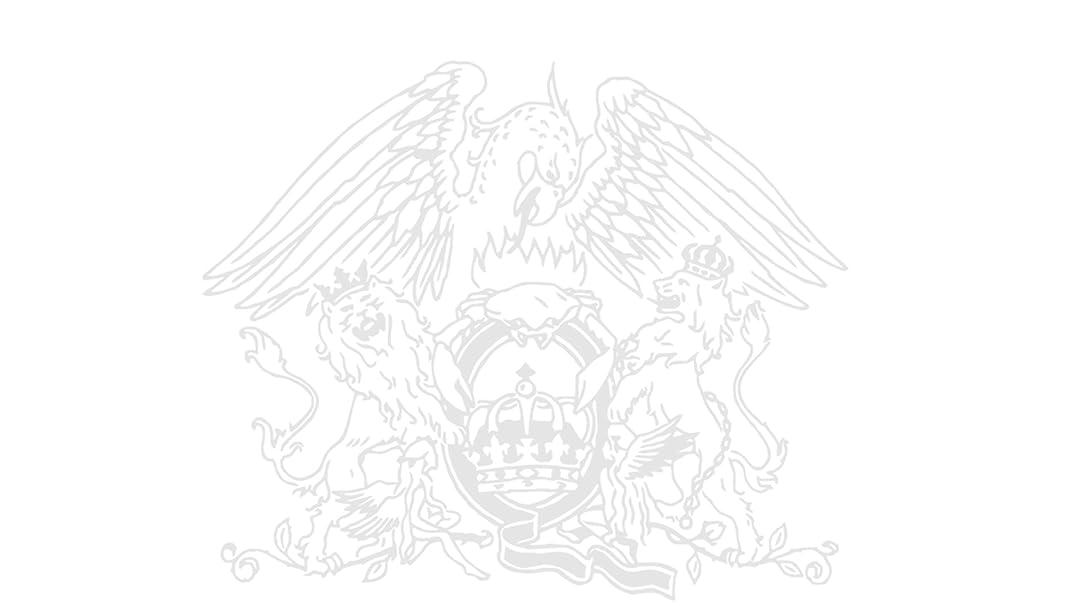 (82)
7.01 h 1 min20047+
Led by the incomparable voice and showmanship of Freddie Mercury, Queen pioneered a unique brand of operatic rock that perfectly encapsulated the decadent excess of the 1970s. This documentary traces the history of the band, from their first incarnation as "Smile" to their later success as stadium gods, through photos, archival footage, and interviews with friends and peers.

AnonymiceReviewed in the United States on September 29, 2019
1.0 out of 5 stars
How Old iS This?
Verified purchase
I thought this was capitalizing on the success of the film, Bohemian Rhapsody, but this has 2004 for as a release date, making it 15yrs old. So while I can't accuse them of bad research for omitting things that have happened since, I can say that reading the Wikis (and watching YT interviews and performances) for Queen and the members is faster than watching still photos, and interviews, all underscored with cheesy music.

Brian May re-submitted his doctoral thesis in 2006 and got his PhD in astrophysics in 2007 (but had started it right after his masters, which this failed to mention, making it sound like a master's, not doctoral, thesis). He has held academic and scientific positions since, including Imperial College London and was a scientific collaborator on the New Horizons Pluto and outer bodies mission. But it was well known, even in America, that he was an intellectual force, even back in the 70s, and we also knew all about his guitars and pickups. I guess if you are a very young Queen fan, you may not be aware of his talents, but they have always loudly been reported. So this film is for people who don't know much about Queen beyond their music or haven't seen Bohemian Rhapsody (not a crime).

So this is a 15yr old doc which doesn't have much to say that hasn't been said, even about Queen member's previous bands. And no musical examples, not even any Queen music. I can forgive that in a doc which is really well done or has some good insights, but this isn't it. It does Early Years, quick Queen, Freddie's Death. Yawn.

Yes, duh, Queen was a force (and record label's dream) of 4 guys who could all write hits, sing well, and were excellent musicians. But we've always known that.

John WernerReviewed in the United States on June 28, 2020
4.0 out of 5 stars
The Early Years Are Spotlighted For Queen
Verified purchase
I find it interesting to learn Queen's beginnings. Bands you've never heard of here in the US such as Smile, Ibex, and Wreckage begat Queen. Brian May's youth first with his dad's ukulele/banjo and early Spanish guitar prompting him to start building his own. The people who played with the guys long before they played with Freddie. It's interesting and informative about the evolution of Queen. While nothing Queen related can be light as far as Freddie goes it is the band's story as much as Freddie's. It is more about the roots and somewhat glosses over the subsequent world-wide success. It isn't a deep dive into each album but an overview. Give it an hour if your a fan and no matter what else you've seen I would wager you will learn something you didn't know. This enough for me.
2 people found this helpful

J Ross MerlotReviewed in the United States on December 30, 2018
4.0 out of 5 stars
Well Worth an Hour of Your Time!
Verified purchase
I thought that the interviews from the people involved in Ibex/Wreckage and the many other related parties gave an interesting perspective on the band's early years. Just overall, it was an interesting hour well spent. There have been a lot of bands that have contributed to "the soundtrack of my life," but only a handful of them have been there in a material way over a number of decades. When I hear the lead in to any one of their songs it kind of transports me back to whatever I was doing in the 70's or 80's when the music was new. This documentary was great because it gave me some insight into what THEY were up to at the time, and how they got there.
5 people found this helpful

GGuerardReviewed in the United States on September 21, 2018
5.0 out of 5 stars
Queen fans will love this documentary
Verified purchase
A good history of the band and how it formed. If you like Queen and documentaries, you will like this one. Interviews with band members and other key personalities. I will probably watch it again sometime!
2 people found this helpful

LWeaverReviewed in the United States on May 11, 2019
5.0 out of 5 stars
Lots of good info not in other docs
Verified purchase
There is a lot of photos and footage in this documentary not in the other, more hailed documentaries out there. If you are a fan, don’t miss it. True, It’s not focused on playing their music, but so much information a fan wants to hear.

Arlene R. PhillipsReviewed in the United States on July 17, 2016
5.0 out of 5 stars
I love Queen and Freddie Mercury
Verified purchase
I just erased my review because it made me sound like an obsessed lunatic. So let's just say I love Freddie Mercury and Queen so I have been reading many books and I really liked this one because aside from being informative it was not demeaning, self serving, or sour grapes. Thanks to all for your great reviews of this book.
5 people found this helpful

DaltonReviewed in the United States on June 16, 2016
3.0 out of 5 stars
Becoming Queen made me Become Bored
Verified purchase
The "Becoming Queen" is probably the perfect name for this documentary because it completely blows by the bulk of the time these band members were actually Queen. The focus of the documentary is the formative years, when Brian, Roger and Freddie were in different bands, such as Smile and Ibex/Wreckage. The stories are told in interviews with other former members of those bands, as they discuss the moving parts of all their bands and their relationships and how that all ultimately led up Brian, Roger, Freddie and ultimately, John forming Queen. This could probably be an interesting story, if the presentation was a bit more exciting. It is basically a bunch of old still photos with effects and motion added to them, interspersed with talking head interviews, all underlaid with a pretty stock sounding music bed. There's no actual Queen music to be found on this video. The first half of the documentary is the buildup to the actual formation of Queen. Then it's about 15 minutes of light speed travel through the entire history of Queen. Then wraps up with 15 minutes of Freddie, his death, his tribute concert and their legacy. Most of the video featuring Queen is lifted from other common sources that are easily found in better Queen docs, and there isn't much of that. I love Queen, but ultimately, this documentary was boring for me. I've seen more entertaining and informative documentaries on Queen that only ran 30 minutes on VH1 Classics. If I had paid for a DVD of this, I would've gone with 2 stars due to the waste of money. But since it was already included in my Prime membership, I went 3 stars, since all that costed me was an hour of my time.
6 people found this helpful

Stephen V. Waters Jr.Reviewed in the United States on June 16, 2004
5.0 out of 5 stars
Just lovely!!
Verified purchase
Wasn't expecting this "unauthorized" Queen DVD to be as good as It really is. Nothing spectacular, yet interesting. Talks about where each of the guys come from, then as Smile....and so on and so on. Many interesting people interviewed on this DVD. Including Tim Staffel, Ibex members, and etc...I just received this in the mail a few hours ago...and just finished watching it. I could watch it once again. I think it's puts into perspective just how big Queen really is..and will always be. Especially Freddie's always knowing behavior or what the right thing to do was....and we all know now just how correct he was! Of course I'm still sitting here wanting more and more info and more to watch about Queen and Freddie. But for a quick $16.00 or so....I now feel special as to having this DVD. I think any Queen fan could and would appreciate this one. I now feel that much closer to Queen as a fan and will always love Queen for what they have done and what they are continually doing. This is from a young 21 year old Queen fan. This DVD is essential to any true Queen collector or fan!!!
30 people found this helpful
See all reviews
Back to top
Get to Know Us
Make Money with Us
Amazon Payment Products
Let Us Help You
EnglishChoose a language for shopping. United StatesChoose a country/region for shopping.
© 1996-2021, Amazon.com, Inc. or its affiliates