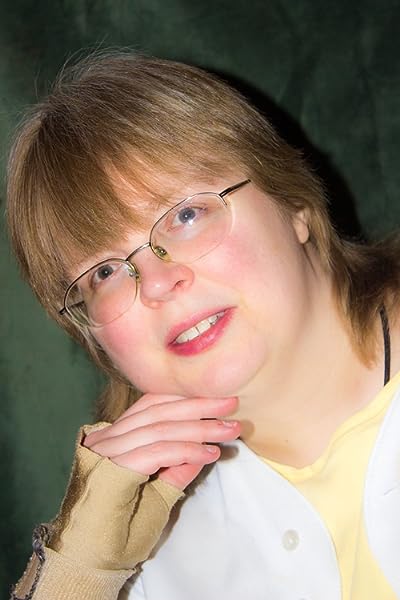 Mercedes Lackey and Rosemary Edghill are the biggest names in the urban fantasy subgenre¿where elves, banshees, trolls, and even stranger creatures walk modern city streets, their presence, and even their existence unsuspected by the human inhabitants. Now these two present a volume of all new urban fantasy, with a stellar lineup of the best new fantasy writers, such as Roberta Gellis, Dave Freer and Eric Flint, Diana Paxton, and more¿including two new stories and an afterword by Mercedes Lackey herself, as well as a story by Rosemary Edghill. This is an indispensable volume for fans of urban fantasy in general, and the thousands of fans of Mercedes Lackey in particular.
Read more
Previous page
Next page

Mercedes Lackey is known for several bestselling fantasy series, including the Heralds of Valdemar and Bardic Voices series, work that ranges from historical fantasy to grittily realistic urban fantasy set in the modern world. In only a decade she has made her mark as one of the brightest stars of fantasy. She lives in Oklahoma where she can be found prying the talons of birds of prey she is attempting to nurse back to health out of her hands.

Rosemary Edghill, after holding the usual array of Weird Writer jobs, including freelance graphic designer and vampire killer, has settled down to a career as a full-time writer, publishing popular urban fantasies as well as novels in genres ranging from romance to mystery. Her latest book for Baen is The Warslayer.
Start reading Bedlam's Edge (Bedlam's Bard series Book 1) on your Kindle in under a minute.

Amanda Blackwell
4.0 out of 5 stars Not book one
Reviewed in the United States on February 21, 2019
Verified Purchase
While I do like this book, it is NOT book one. I think it’s book 8. Book 1 is Knight of Ghosts and Shadows, or the compilation Bedlam’s Bard.
Read more
13 people found this helpful
Helpful
Report abuse

Walt Boyes
5.0 out of 5 stars Sliding Down the Razor Blade of Life
Reviewed in the United States on August 16, 2005
Verified Purchase
Ever wondered what was just around the corner? Felt like you were being watched, but when you turned around, nobody was there? Maybe you were wrong. Maybe there is something there, behind the flats and props of ordinary reality.

In Bedlam's Edge, they've opened their universe to other writers, including talented newcomers Barb and Michael Caffrey (who sadly, passed away suddenly and too young), who share their own takes on the world of Urban Elves.

Dave Freer and Eric Flint, Mercedes Lackey's co-authors in the Heirs of Alexandria series (if you haven't read the series, go immediately and buy all of them, including A Mankind Witch, the latest.), Roberta Gellis, Rosemary Edghill, India Edghill, and Mercedes Lackey herself all contributed to this excellent collection of short stories.

Do you have to have read all the other books in the series to enjoy this one? Heck, no! In fact, it stands alone better than most anthologies do.

This is a terrific collection. Every story is a jewel.

momokaachan
4.0 out of 5 stars elves....
Reviewed in the United States on September 9, 2010
Verified Purchase
I am so sorry Mercedes Lackey closed up her elves series. I like that series even better than the Valdemar series (don't beat me Valdemar fans I really like the Valdemar series too). This book has some really good stories based on her 'bedlam elves' and I reread it every couple of weeks. Please read her 'Bedlam's Bard' series and her 'Serrated Edge' series. The only reason I rated this as less than 5 stars is that I know she doesn't plan on writing more :(
Read more
3 people found this helpful
Helpful
Report abuse

Julie Anne Burton
5.0 out of 5 stars Elves! Elves and Voudou! Elven Prince! Gay Male Elves! My story is a romp; but wonderful stories with depth. Must Read.
Reviewed in the United States on December 12, 2014
Verified Purchase
I'm biased, since I have a story in it as Jenn Saint-John. But let me tell you, there are some *really* good stories in here. Better than mine, and you can't know how hard that is to say. ;)
Read more
3 people found this helpful
Helpful
Report abuse

"Cooking is love made visible"
4.0 out of 5 stars Excellent Read!!
Reviewed in the United States on April 18, 2014
Verified Purchase
All these stories are diverse. I love the way they all touch on some part of ancient mythology or old superstitions. Enjoy!!
Read more
One person found this helpful
Helpful
Report abuse
See all reviews