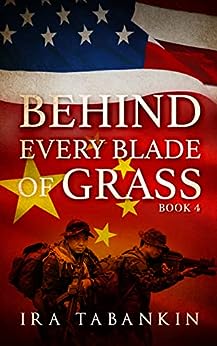 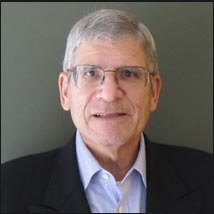 Behind Every Blade of Grass: Book 4 Kindle Edition

The war has become personal to Ghost, his best friend/brother lays in a hospital. The Chinese targeted Colonel Watson in a revenge for the way he treated his prisoners.

In order to get the American President to follow Beijing's instructions Chinese special forces kidnapped the First Gentleman, the President's husband. The Chinese sent the President one of her husband's fingers with a promise the next 'gift' she gets will be a personal item from his body.


Ghost's relationship with Phyllis grows, she provides him a way to release his frustrations and fears. The two seemed to just fall in love at first sight.


The Chinese finally studied Ghost's battle plans, they turned his own plan around and broke free into Eastern Tennessee while Ghost was also dealing with the massive forest fire the Chinese started to pull available people away from the battle.


One of the Free American's problems was the weapons factories replied on chips from China, they were running out of smart weapons. The Free Americans were using captured Chinese weapons against the Chinese.

Ghost thought he might have gotten a short rest when he received two shocking news reports, one would change the war and the other might take him out of the fight.

Free America hangs in the balance, Book 4 of the Behind Every Blade of Grass series is filled with action and adds to the main character's depth and backgrounds.
Read more
Previous page
Next page

Next 1 for you in this series See full series
Total Price: $3.59
Books In This Series (3 Books)
Complete Series
Behind Every Blade of Grass
Kindle Edition
Page 1 of 1Start OverPage 1 of 1
Previous page
Next page

I was born in 1949. I grew up a child of the cold war in northern New Jersey. I practiced ducking and covering under my desks during air raid drills. I viewed death for the first time when I was 13, my camp counselor died in front of me. I realized that there are very few fairly tales in the real world. I learned preparing from by father. I've lived all over the country and have had the chance to travel the world. I write politically incorrect stories, usually told from the eyes of common people who get caught up in events when the world spins out of control around them. None of my stories have neighborhoods full of special forces troops, none have the cavalry riding over the hill to save everyone. Many of my stories have a dark side, there is violence and foul language because I think this makes the story more realistic Many of my stories don't have happy endings because I think when the SHTF most people's stories aren't going to end well. My spelling and grammar aren't always the best. However, I think you'll like the stories.

4.6 out of 5 stars
4.6 out of 5
180 global ratings
How are ratings calculated?
To calculate the overall star rating and percentage breakdown by star, we don’t use a simple average. Instead, our system considers things like how recent a review is and if the reviewer bought the item on Amazon. It also analyzes reviews to verify trustworthiness.
Top reviews

John Taylor
5.0 out of 5 stars Excellent Series!
Reviewed in the United States on December 28, 2021
Verified Purchase
This is an excellent series, full of action, twists and turns,drama, and very enjoyable characters. It is very easy to feel like you are a character in the action and story. The technical aspects of location and weaponry are outstanding. The reader will enjoy this series. The author has a right to be very proud of this series. I look forward to the next book in this excellent series.
Read more
Helpful
Report abuse

Kindle Customer
5.0 out of 5 stars Very edge of the seat reading.
Reviewed in the United States on November 23, 2021
Verified Purchase
This series drag you though a emotional gauntlet. At times I was holding my breath as I read this book. It is very well written transport youinto the story. As a prepper I found my more things I needed to ad to stock pile things to get to be ready for the worst case senorial wether nation wide diseater
Read more
Helpful
Report abuse

Gary Wright
5.0 out of 5 stars Really interesting readings
Reviewed in the United States on December 8, 2021
Verified Purchase
I am an American of the '50's, '60's ,and '70's. I was born in '51 after WWII and Korean conflict. My grandfather was an Air Force POW of WWII. My father was a Marine of the Chinese conflicts. I was a Marine Seargent of the Viet Nan war era 1970-1974. I took an oath as all of us did. I continue that oath. Keep up the writing of BEHIND EVERY BLADE OF GRASS.
Read more
Helpful
Report abuse

Kreg
4.0 out of 5 stars This plausible story gets bettet
Reviewed in the United States on December 12, 2021
Verified Purchase
This story is plausible and certainly relevant especially now.
The author has weaved his story around today's political realities.
The series could ho quite always still.
Read more
Helpful
Report abuse

Joshua Dalton
5.0 out of 5 stars Great fast read
Reviewed in the United States on December 20, 2021
Verified Purchase
Book 4 of the Blade of grass series picks up were book 3 left off and keeps the storyline moving right along. Can't wait for the next book to come out.
Read more
Helpful
Report abuse

Kindle Customer
5.0 out of 5 stars Gripping Reading
Reviewed in the United States on January 16, 2022
Verified Purchase
Well written story that takes from today's socio/political environment and blends with a very real and possible story plot which grips you from page1.
Read more
Helpful
Report abuse

Kindle Customer
5.0 out of 5 stars Read it now
Reviewed in the United States on December 21, 2021
Verified Purchase
Read it for this is what's coming half of all this is already happening wake up america very little time
e left.
Read more
Helpful
Report abuse
See all reviews

Eddie centurion
5.0 out of 5 stars really heating up
Reviewed in the United Kingdom on November 21, 2021
Verified Purchase
Book four finished in one day….the grey ghost is still fighting but losing friends…the Chinese are resorting to nazi style tricks….and I am loving it! But now have to wait until the end of the year for the next book! I am seriously addicted!!! Very highly recommended!!! Six stars!!
Read more
Report abuse
See all reviews