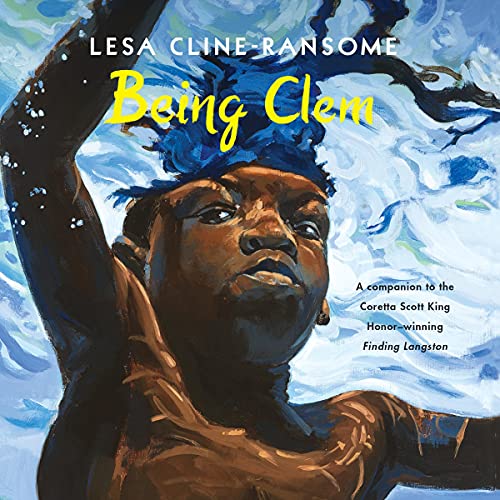 Clem can make anybody, even his grumpy older sisters, smile with his jokes. But when his family receives news that his father has died in the infamous Port Chicago disaster, everything begins to fall apart. Clem's mother is forced to work long, tough hours as a maid for a wealthy White family. Soon Clem can barely recognize his home - and himself. Can he live up to his father's legacy?

In her award-winning trilogy, Lesa Cline-Ransome masterfully recreates mid-20th century America through the eyes of three boys: Langston, Lymon, and, now, Clem. Exploring the impact of the Great Migration, the Harlem Renaissance, Jim Crow laws, and much more, Lesa's work manages at once to be both an intimate portrait of each boy and his family as well as a landscape of American history.

Your audiobook is waiting!
Learn more about Membership
List Price: $34.99
You Save: $4.37 (12%)
By completing your purchase, you agree to Audible’s Conditions Of Use
Sold and delivered by Audible, an Amazon company

Roy
5.0 out of 5 stars A wonderful trilogy for any age.
Reviewed in the United States on September 24, 2021
Verified Purchase
I think the intended audience was fairly young but I feel these stories, intertwined as they are, are a fabulous quick read for any age.
Read more
Helpful
Report abuse

Dara L. Yoder
5.0 out of 5 stars Loved it!
Reviewed in the United States on November 9, 2021
I enjoyed the story of Clem and his growing up years - I did not even realize this is a trilogy! I need to go read the rest! Great story for kids!
#bookposse
Read more
One person found this helpful
Helpful
Report abuse
See all reviews