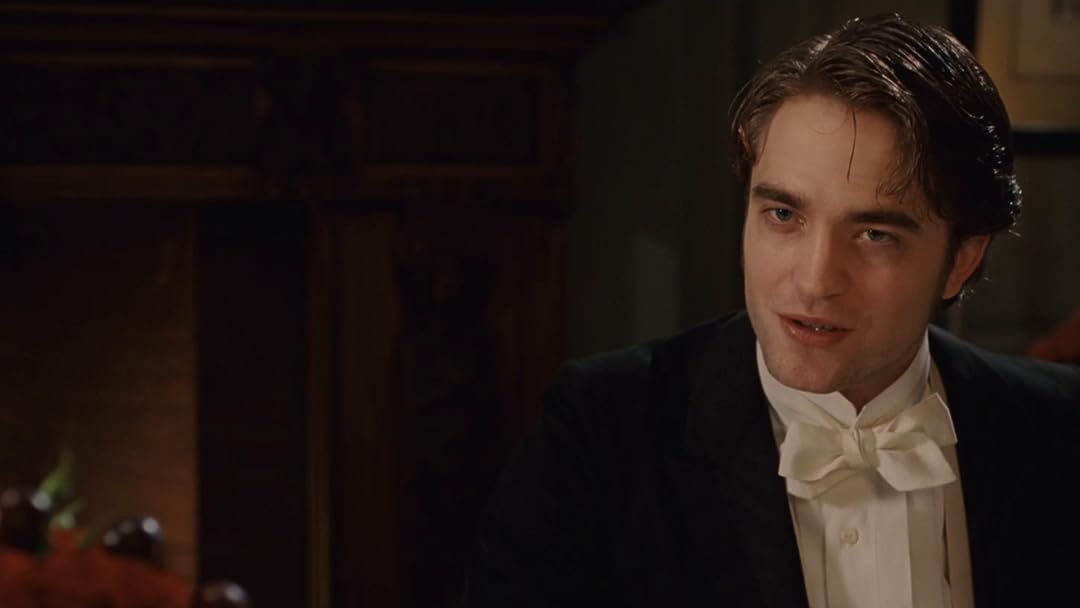 (665)
5.41 h 42 min2012R
A chronicle of a young man's rise to power in Paris via his manipulation of the city's most influential and wealthy women.

SaguaroGeorgeReviewed in the United States on August 31, 2021
3.0 out of 5 stars
Depressing
Verified purchase
I have a somewhat different take on this movie than many of the other reviews. The sets and costumes are great, the acting, especially by the women, is more than adequate. The plot is, intentionally, repetitive, as the protagonist plays pretty much the same tricks on all the women. But my main criticism is that, while this is presented as in the nature of a frolic, it is really rather depressing; at least that is how it left me feeling.
14 people found this helpful

AmadeusReviewed in the United States on September 27, 2021
5.0 out of 5 stars
Deliciously last century
Verified purchase
it’s quintessentially French inspired movie done by Pazolini with three AMAZING actresses. I looked on Rotten Tomatoes rating of 27% and felt pity for the obvious error of judgement - all reviews were about the male character and plethora complains how he is not that good. But in a true French novels of 19 century the hero and god is A WOMAN. Man exists only for the sole purpose either to ruin her or bring her divinity. It’s complex and always tragic. Pattinson is not Tall, Dark and Handsome. He is opportunistic, cold and determined. The bed scenes are fine (somebody was fuming about his ass - it’s not offensive; and after all movie based on Maupassant novella - illicit sin is lurking in a distance). I do believe di Caprio could be a good if not better choice for this role, but perfection is hard to achieve.
5 people found this helpful

mswoonReviewed in the United States on September 15, 2021
5.0 out of 5 stars
Story of a simple minded scoundrel/crook who beds three women on the way to riches
Verified purchase
First he meets up with an old army friend whose wife is a talented writer. She helped him get a job as a journalist but that was it. He fell in love with another man’s wife who has a young daughter and she is the one who he had the deepest relationship but he hurt her by marrying the writer when the writer’s husband passed due to illness. The writer turns out to be too ambitious and uncontrollable for him, so he caught her in an affair and divorced her. Before that, he seduced the wife of the owner of the newspaper. She is just a tool for him and he realized he could not have any benefits from her. Luckily the third women’s daughter fell for him and it is her he married in the end so that he can be rich.
3 people found this helpful

One Lonely SisterReviewed in the United States on March 8, 2018
5.0 out of 5 stars
Robert Pattinson can actually act!!
Verified purchase
I have to start by saying I'm not particularly fond of Robert Pattinson. In no way is he a grade A actor, but he surprised me in this film. He was perfect for the part. His rage, disgust, vengeance, seduction, were spot on. I really felt for him and wanted him to succeed, even though he's a bad man. He's a master manipulator and deceiver. Rarely have I seen someone pull off conniving behaviour the way he does. The women are a wonder to watch, each playing their unique part in turning him into the man he becomes. The ending couldn't be more perfect, either. Whether you hope he wins the game or lands in the mud, it's an enjoyable movie to watch, as the wealthy use each other as pawns. Who comes out on top? You have to watch it to find out.
14 people found this helpful

wild oakReviewed in the United States on October 20, 2021
3.0 out of 5 stars
Such a disappointment
Verified purchase
I'm a sucker to most every costume drama, yet this movie is such a letdown. Patterson is a miscast since he doesn't display any charm nor any chemistry with the cast. I have such high expectations on a seemingly solid cast, and I do give them credit for trying their best, from Thurman, to Ricci, and Scott Thomas, but they can't save this dog. Soundtrack has saved this movie from terrible depth, but not enough to redeem it. Apart from the charmless Patterson's Duroy, the worst thing is the screenplay. I'm not even sure what's the point of it. Vanity Fair, it is not. Duroy goes from a beggar, to suddenly pluck out to becoming a journalist ghost-writing for a woman, to back on the DL again, only to rise up again by seducing previously known married women with influential husbands, all within the first 30 mins. Anyhow, I don't have any care for any of the characters. Such a huge disappointment. (I'm rewatching BBC's Pride & Prejudice now...)
One person found this helpful

KayReviewed in the United States on December 29, 2021
3.0 out of 5 stars
Missed Opportunity
Verified purchase
The costumes and sets were well done, and I enjoyed the beauty of 1880's France on screen. The plot had the potential to really say something, but the opportunity was missed. This movie suffered from some odd choices by the director(s) that made it inscrutable at times. The long closeups to music as Robert Pattinson sneers at the camera just left me bored. However, the score was on point and did more to convey the emotion of the story than all the furrowed brows Pattison could muster. Pattison came across as contemptuous throughout with nearly no variation. Christina Ricci and Uma Thurman were wonderful in their roles and were by far the best part of this movie. It's a solid 3-star movie-- I liked it, but it could have been more.

Rachel C.Reviewed in the United States on December 24, 2021
1.0 out of 5 stars
its as stupid as it looks
Verified purchase
Robert Pattison has done it again.
Taken an otherwise appealing character and made him bland and flat. Even with the start power of Christina Ricci, Pattison has all the chemistry of oil and water.
He did play a rather convincing bum though.
I keep giving him chance after chance to show me range or some kind emotion other than "blah" and this is the third time I've seen him act the same way in all three movies. You know, they offer free correspondence courses for acting. Maybe you should get a groupon and try one. or two. or all of them :)

PDeboerReviewed in the United States on September 24, 2021
1.0 out of 5 stars
If they don't care, why should I?
Verified purchase
They meaning the actors, the director, et all. Lighting a filter tip cigarette in the first dinner party scene says no one cares about the little things, that is sloppy. Careless and inattentive to detail, no thank you. I will not waste my time on a second rate production that tries to sell it self as something more polished.
2 people found this helpful
See all reviews
Back to top
Get to Know Us
Make Money with Us
Amazon Payment Products
Let Us Help You
EnglishChoose a language for shopping. United StatesChoose a country/region for shopping.
© 1996-2022, Amazon.com, Inc. or its affiliates