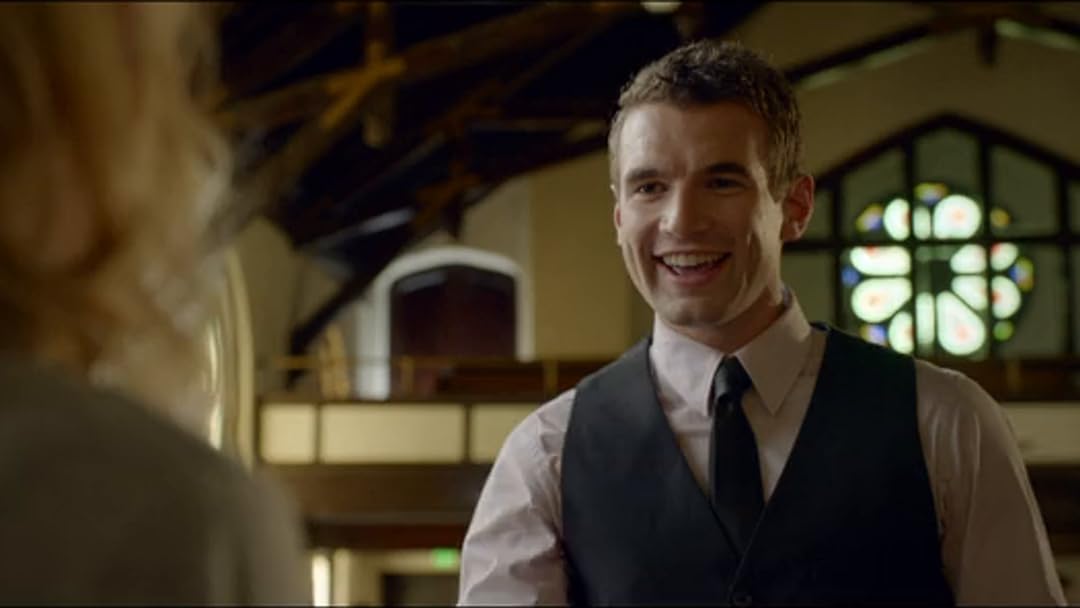 (353)
5.01 h 33 min201416+
When a surprise tuition bill leaves college senior, Sam, thousands of dollars in the hole he is forced to think outside the box. Convinced they can make a killing exploiting the gullible church crowd, Sam and his friends start a sham charity and begin campaigning across the country. But when sweet tour manager Callie, discovers their ruse, it's Sam's moment to decide what he really believes.

Micah MReviewed in the United States on August 18, 2018
5.0 out of 5 stars
We need more films like this
Verified purchase
Not the funniest or best movie I've seen, but definitely worth the purchase and worth the watch. In the "Christian film" genre, this blows the competition out of the water. It has a self-aware, relevant and funny sense of humor to it, and isn't afraid to be real or ask real questions. The first two acts in particular are really strong, and the film has a great premise and setup. The third act is a little more trite and expected, but successfully delivers the films message.

I give it five stars because it's definitely a film to watch and enjoy if you are in the Christian film market. Additionally, it's something that hasn't been done and is helping to open a door for Christian satire.

Margarita SolisReviewed in the United States on April 3, 2015
3.0 out of 5 stars
Agnostically entertaining
Verified purchase
I usually can't stand christian propaganda films, but seeing how I didn't realize that was what Believe Me actually was until halfway through the film, this story was quite palatable. I especially was entertained by how they make fun of the fanatical christian ministry leaders and their flock. Also, in spite of the overall questionable idea that such ministries can actually have a real profound positive impact, the messages that preaching is a vocation that requires true conviction, and that you can be converted to a more generous, caring version of yourself when you open yourself up to being truly compassionate, are worthwhile messages to convey for today's self-absorbed youth. So, even though I loathe the mightier-than-thou-evangelical Christian hypocrisy, this movie lets me suspend my disbelief enough to accept the idea that when leaders/front men are truly righteous and not greedy manipulators of upper-middle class youth who are desperate to find actual purpose and meaning behind their materialistic existence, the ideals of Christ can be realized in actions like funding mission trips to build drinking wells in Lesotho. Furthermore, although I found some of the dialogue kind of dull and contrived, the "F Satan" shirts as part of a Christian hipster clothing line called "Cross Dressing" is a genius idea. Kudos!
2 people found this helpful

Port-meisterReviewed in the United States on April 19, 2015
5.0 out of 5 stars
you might just like this movie
Verified purchase
It's certainly not for everyone. My feeling is if you feared what others might think of your spirituality because you didn't buy a "God's Not Dead" bumper sticker or you didn't make a phone call at the end of the movie, you might just like this movie. It's snarky and pokes fun of evangelicalism while being a bit more honest with how "conversion" works for most people (at least in my experience). I'd be careful to whom I recommended this film; however, I have recommended it to a couple of my Christian friends. While it's not overtly Christian (although one form of Christianity is the subject matter), I think it really could serve as a great introduction film to others about ideas of what is Christian and what isn't (I thought Bruce Almighty pulled this off too). If nothing else, it offers a great sociological look at evangelicalism. Now I'll just wait and see whether I end up doing the "gecko" or the "high-five" when the spirit moves ;-)

Andy DiestelkampReviewed in the United States on August 20, 2015
2.0 out of 5 stars
Very Unsatisfying!
Verified purchase
While I appreciate the idea of uncovering the hypocrisy of much that calls itself "Christian," I was disappointed that this film did not go far enough. By that I do not mean that it needed more lampooning or funnier lines, but that its exposure of pop-Christianity masquerading as genuine failed to finish the job. While one is rightly warned not to gullibly fall for the slick promotion of what is falsely called ministry, its point about the legitimacy of even having such para-church ministries is unclear. Additionally, perhaps in an effort to be less corny and more real the script delights in using a coarse language and revelry that is sure to delight those who perceive themselves as hip and untraditional in their faith, but which in reality undercuts the message. The "God Squad" has little about it that is likable. Of course, they're not supposed to be as they are the bad guys taking advantage of silly believers. Yet hardly anyone in this movie is likable. They are either worldly and hedonistic, hypocrites, or gullible and naive. Even the heroine of the movie is rather shallow. Sure there are some important points about forgiveness, but there is little else that is redeeming. If you want to have a few laughs about fake Christianity you'll get some, but after awhile it gets tiring as it becomes obvious that the film is not going to make the much needed point that all of this is vanity and that true ministry has nothing to do with t-shirts, fundraising, energizing youth with concerts, tours, or crusades. It has to do with taking the message of the cross to sinners in whatever sphere of influence God has placed us.
One person found this helpful

Linda W. AstalaReviewed in the United States on June 20, 2015
4.0 out of 5 stars
Something for Everyone
Verified purchase
Except for no violence, tHis movie has a bit of something to both entertain everyone. A college student with facing a financial crunch that affects his immediate future cooks up a cockamamie plan to raise money to solve his problem. He engages the help of several friends, even one who seems to oppose the seemingly harmless scheme. There is the obligatory boy-meet-girl who has a boyfriend subplot. By and large, I'd recommend this strange college friends comedy-drama-satire-morality tale-romance to my friends, but I'd expect each of them to have a different reaction to it. Be sure to watch it with someone else because It's a movie that needs to be discussed afterward.

Spoiler: Some may think faith, beliefs, and religious practices are mocked and feel offended. Watching the entire film may correct this perception.

Carol B. JohnsonReviewed in the United States on March 13, 2015
3.0 out of 5 stars
Scam or Not?
Verified purchase
As this movie began, I didn't like it very well. I thought it was going to be just another one of those movies making fun of Christians, but as it progressed I was curious to see what was going to happen. This is a very different take on a group of cynical college kids who need to raise money fast.At least one of them develops a conscience and it's interesting to see what happens next. I thought the ending was a bit too abrupt.
4 people found this helpful

SpoiledMilksReviewed in the United States on August 26, 2015
2.0 out of 5 stars
Nah...
Verified purchase
It wasn't a good movie. There were a few funny parts, but overall the movie was a bust. It was supposed to be a Christian movie, but there's not really a moral point to it. Don't create a missions group and steal from people? Eventually give the money to a kid? Granted we shouldn't be giving false hope to people, but in the end (of the movie) what just happened? What did I watch? What was the point? Even Lecrae's part wasn't spectacular. Although Nick Offerman was funny. And the movie did a good job at portraying a lot of the cliches in American Christian culture. But as a whole, don't waste your time.

J. ArenaReviewed in the United States on March 23, 2015
5.0 out of 5 stars
Quite a surprise!
Verified purchase
While this might not be the best movie I've ever seen, I will tell you that it took me totally by surprise. I was looking for something light and amusing to watch while doing some other things around the house on my day off, but shortly found myself abandoning extraneous projects and was riveted by this film. Not because it was so great, but because it took a turn I certainly did not expect. I thought this was a comedy about college wise-guys setting up a fake Christian charity, but I got so much more than the all-too-easy ridicule of disingenuous publicly proclaimed faith.

I vacillated between four and five stars, but finally settled on a well-deserved top review. See Believe Me for yourself, and you will, perhaps, find much more than you expected.
One person found this helpful
See all reviews
Back to top
Get to Know Us
Make Money with Us
Amazon Payment Products
Let Us Help You
EnglishChoose a language for shopping. United StatesChoose a country/region for shopping.
© 1996-2022, Amazon.com, Inc. or its affiliates