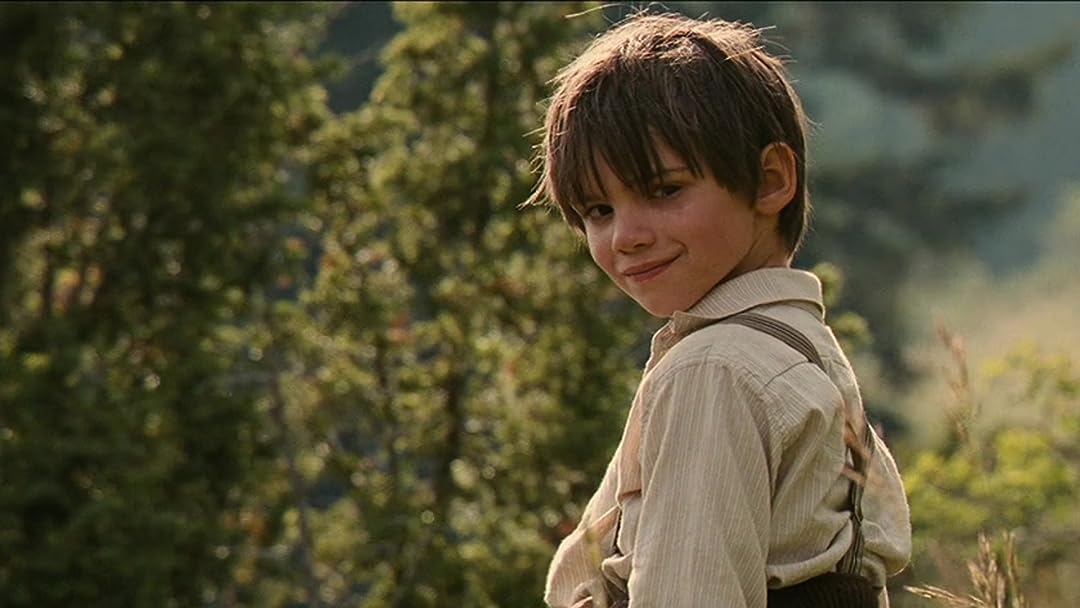 (1,588)6.91 h 39 min2015ALL
Based on the beloved children's book, this exciting tale set in the picturesque French Alps follows the friendship of a 6-year-old boy and a stray dog who prove to be heroes when they help defend their occupied village from the Nazis.

Kindle CustomerReviewed in the United States on July 29, 2017
4.0 out of 5 stars
Great movie, frustrating dubbing
Verified purchase
This is a great story and we all enjoyed it, but the poor dubbing made it extremely frustrating for the adults (and amusing for the kids). Not just the dubbing, but the unconvincing voices that were used. I would much rather have heard it in French with English subtitles. Granted, my kids would not have enjoyed it at all if they had to read the subtitles, but my husband and I would have much preferred to hear the beautiful French language.
33 people found this helpful

T. M.Reviewed in the United States on March 1, 2019
5.0 out of 5 stars
We Love This Movie
Verified purchase
Belle and Sebastian is a wonderful movie that takes place during WWII about a boy and his Great Pyrenees dog, Belle. The story is fun for the whole family and we watch it often with our grandkids, ages 6 to 12. We have Great Pyrenees to guard our flock of goats and alpacas and they take their job seriously. Belle is no exception to this behavior. The only really laughable part is when Sebastian gives Belle a bath in the river and she comes out miraculously white. The only time our GP's are this clean is when they come back from the groomers. Buy this movie, watch it for fun, and keep it to watch it again.
15 people found this helpful

A. M. ShirleyReviewed in the United States on July 6, 2017
5.0 out of 5 stars
A well done movie, realistic while upholding excellence in values - come away satisfied.
Verified purchase
Some people complained of english dubbing - well, I personally prefer *watching* a film, rather than having to *read* it. Further - the acting was done much by expression. The artist wanted you to sense what was happening in the lives of the people. In fact, I hardly noticed the dubbing at all! For one thing it was a wonderful story. Thoroughly enjoyable. In an age where violence is lauded and filthy speech permeates everything, this was a fresh escape. Bring your children and those who love goodness and righteousness to this movie. A very nice ending too. Awesome!
24 people found this helpful

AMAZONITISReviewed in the United States on September 1, 2015
4.0 out of 5 stars
A nice family film
Verified purchase
Belle and Sebastian was originally a novel by the French actress and writer, Cécile Aubry. The story was very popular and was made into a French live-action series in 1965. Oddly, it later was a Japanese anime in the 1980s and now is a French film. Although the story is quite popular in France, I'd never heard of it and I cannot compare this film in any way to the other projects. The anime, series or book could be a lot better or worse…I just don't know.

This film is set during WWII in the French Alps. Sebastian is a 6 year- old boy who lives with his adopted grandfather and his niece. The boy is amazingly independent and resourceful—and as the film progresses you marvel at the kid's courage and tenacity. Initially you see it when the men of the village go off in search of an animal that is killing sheep. They assume it's a dog that has gone feral and they are determined to kill it. One day, Sebastian is walking in the hills and encounters the dog—and this Great Pyrenees doesn't seem particularly aggressive and the boy stands there and calmly talks to it. When the boy sees the dog again later, he even gets the dog to allow him to pet him and soon the pair are friends. But, the men have vowed to kill this animal and when Grandpa sees the animal, Sebastian goes so far as to stand in front of the dog to shield it from the gun. This is a good thing because later, it turns out that it's NOT this dog that is harming the sheep. Additionally, towards the end of the film, the dog turns out to be a serious blessing. But, what that is and how he helps saves some lives is something best seen by you.

Although this film has some Nazis in it, the film is appropriate for all ages. The violence is not too extreme and the film is similar in style to the old movie "Lassie Come Home"—charming and family-oriented entertainment. The star of Belle and Sebastian clearly is the location and the cinematography. It's rare to ever see a film so beautiful and the film truly is breathtaking. Additionally, you really have to admire the cast and crew for working some pretty extreme conditions to bring us the movie. Well worth seeing—particularly if you are looking for something you won't be ashamed to show your kids or mother!

BellemamaReviewed in the United States on June 12, 2021
5.0 out of 5 stars
Inspiring and touching historical fiction
Verified purchase
Beautifully shot cinematography in the gorgeous Alps and inspiring storyline of a young orphaned boy being raised by an elderly shepherd and his adult niece Angelina. Some parts of the storyline, including the relationships between the characters, took a while to figure out. It seems there is a budding romance between Angelina and the local French doctor William, but this is not developed and is left a cliffhanger in the end. The main storyline involves a little boy Sebastian and a stray dog who had escaped from an abusive owner. Belle was thought to be a “beast” as some unknown creature was killing sheep, but it turns out she was misjudged. The French village, which is occupied by the Nazis during WWII suffers in many ways, but the bond between the dog and the boy eventually comes to light as being helpful to Angelina and William’s cause of assisting Jews in navigating the Alps to freedom in Switzerland. I almost gave it four stars instead of five because of the unfinished ending, but then I discovered there are two more movies that are a continuation.

Khristine JacksonReviewed in the United States on November 13, 2020
5.0 out of 5 stars
I Love .... Belle..
Verified purchase
So it was yesterday ..that I was in the mood for a fur flick. Let me tell you..I couldn't get enough of watching this movie. The little boy played by actor Felix Bossuet ..was so cute.. First of all there was a voice over...and that god I didn't need a friend to interpret what they were saying on the screen.. Felix Bossuet is now 15 years old.. There are three more sequels to Belle the dog.. The last time I fell so in love with a dog...That movie was "Beethoven" and I ended up with 9 years of slob,fur and lot's of love from a Saint Bernard ..named "Magnolia"... I love dogs and cats... Immediately the story got me hooked and I couldn't resist searching for the breed of dog ..belle was..? Great Pyrenees ...My next fur baby...? Maybe a rescue... 2k they cost and they require a good vet,lots of exercise and 2-3 meals per day.. The movie has a really good story... I hope that many children will watch this movie ...and walk away with a lesson.. Not spend time playing with cellphones Or useless video games. Growing up.. I spent my entire life with fur friends... the trust,the bond and life saving commitment they bring is imperative... Please adopt all breeds of fur babies...and remember the message that Sebastian and Belle were saying... "Don't judge a book by it's cover"...

RoReviewed in the United States on November 2, 2015
4.0 out of 5 stars
The scenery is beautiful and the cinematography is very good
Verified purchase
This is an engaging story of a boy and his adopted dog, and is suitable for all ages. It takes place in the mountains of Switzerland during German occupation in WW2. The story focuses on loyalty, bravery, heroism and trust. The scenery is beautiful and the cinematography is very good. The original language is French and if the actors used for the English dubbing were a little bit better, I would have given it five stars. But don't let that deter you from watching this film. Suspense, mystery, plot twists, revelations and surprises along the way make this a great all round movie for everyone. Dog lovers especially will fall in love with Belle and her relationship with Sebastian. Even if you're not a big dog fan, this movie might change your mind. Watch it.
18 people found this helpful
See all reviews
Back to top
Get to Know Us
Make Money with Us
Amazon Payment Products
Let Us Help You
EnglishChoose a language for shopping. United StatesChoose a country/region for shopping.
© 1996-2021, Amazon.com, Inc. or its affiliates