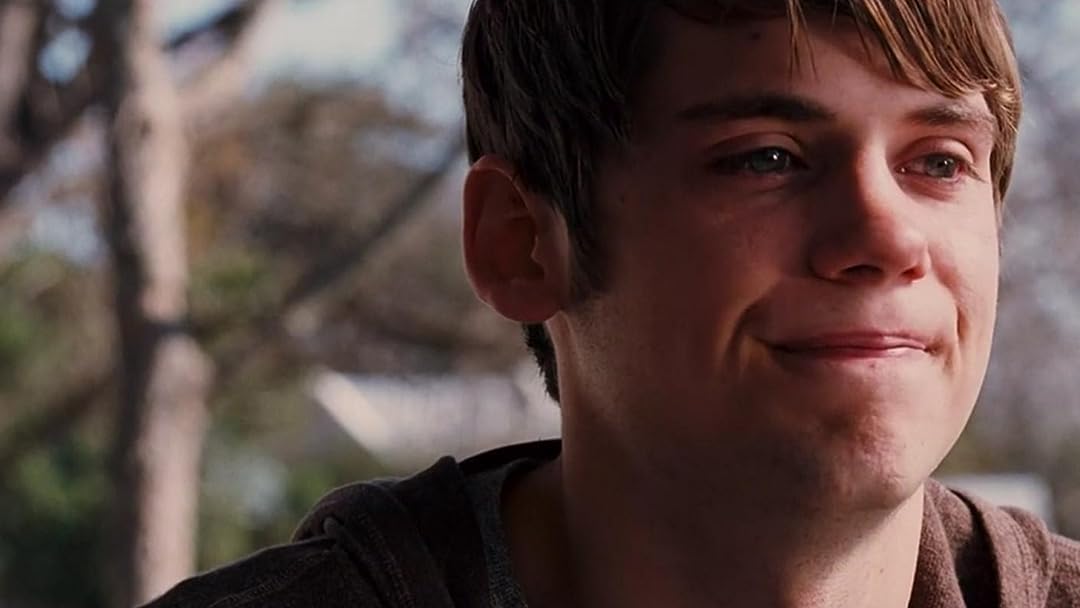 (210)
4.51 h 35 min2011X-RayR
After watching their best friend get murdered, a group of teens struggle to expose a local hero as the vicious killer and keep from becoming his next victims.

Tim F. MartinReviewed in the United States on April 8, 2022
3.0 out of 5 stars
Not bad, kind of Lifetime/after school special level film
Verified purchase
Beneath the Darkness (2011), an American thriller. Vaughn Ely (Dennis Quaid) is a former high school football star, now mortician of the small town of Smithville, Texas by day and psychopath by night. Four high school friends, Travis, Danny, Brian, and his girlfriend Abby (Tony Oller, Devon Werkheiser, Stephen Ford, and Aimee Teegarden) discover Bad Things in Vaughn's home while snooping for no good reason and one of them is killed. After that it is a battle of wills then like a battle battle as the three survivors try to prove to a disbelieving sheriff and parents that Vaughn murdered their friend (rather than dying in an accident in Vaughn's home) and also prove another Bad Thing and Vaughn tries to stop them.

It feels like an afterschool special type film or maybe something filmed for LIfetime, not bad production values but not great either. There are a few tense scenes, some low-level scares, Dennis Quaid is at times kind of over the top evil and one time actually breaks the fourth wall but everyone else plays it kind of seriously to very seriously. Aimee Teegarden as Abby did a good job especially among the rest of the cast, though some of the secondary cast weren't good actors. One in particular was kind of terrible.

Dennis Quaid is the best part of the film. I see some people call the movie a black comedy and his scenes were, though the rest of the film definitely plays it straight. He came off at times like he was in a different movie, as scenes without him are written and played with such earnestness. A few of his lines were actually kind of funny.

There is a plot thread with Travis who as a kid maybe saw a ghost (shown in a flashback) and later decides he understands some Big Thing when I guess he thinks back to it. I absolutely did not understand any of this, either what it had to do with the rest of the film or just in general.

Wikipedia says Smithville, Texas is a real place and the movie was filmed there in 20 days.

RegentsReviewed in the United States on March 15, 2021
3.0 out of 5 stars
After school special type horror film
Verified purchase
Quaid and the other actors do a decent job but not much to work with here. It has the feel of a made-for-tv ABC network horror film. If you are looking for scares and suspense, this doesn't offer much but decent for 11 to 18 age group (but it does have some foul language).
6 people found this helpful

Amazon CustomerReviewed in the United States on November 12, 2020
1.0 out of 5 stars
Worst movie ever
Verified purchase
What a terrible movie this was. The storyline, the acting and pretty much everything about this was awful. If I could have given it zero stars, I would have.

As an industry, hollywood sucks. How often do they really produce a really good movie? Maybe one one every thousand tries? Five thousand?, Ten thousand? Their batting average couldn’t be any worse. Most are like this garbage I just endured. Terrible.
7 people found this helpful

Binky ChottorrhœhiaReviewed in the United States on December 1, 2014
4.0 out of 5 stars
Average Movie, Awesome Quaid
Verified purchase
I thought this was a decent horror thriller made very interesting by the excellent Dennis Quaid. Don't know if you've noticed, but horror movies are for the most part a backwater of the industry. It's a great place for directors and actors to get a little exposure, and quite a few of our A-listers have started there. Every once in a while you'll get a vehicle that really gets some Hollywood money and stars--13 ghosts, Flatliners, Poltergeist, series like Saw and Scream...but for the most part horror is indie horror.
For a while back there in the 80s, Dennis Quaid was sort of an A lister, and then, for reasons I don't understand, America fell very much out of love with him. That's a shame but also a blessing, because in the world of horror and sci-fi, out of range of most people's radar, he's doing some of his best work. Here he portrays a man who's juuuuuuuuuuuust teetering on the edge. And he makes e-cigarettes look genuinely scary.
I thought the acting from the rest of the cast was pretty good, but where this movie really falls down is plotting. It hinges too much on the main characters and the police making dumb, dumb choices. That's okay for your tongue-in-cheek slasher movie, but if you want it to be taken as seriously as the tone of this movie suggests, you really have to think it out a little better.
9 people found this helpful

prettyboatReviewed in the United States on October 17, 2021
5.0 out of 5 stars
Loved it!
Verified purchase
Great story line, but there were lots of times I wanted the characters to do something they had the opportunity to do and didn't do - you know the old "if that was me I would.... ". Never though of Dennis Quaid as crazy before but he definitely rose to the occasion.
One person found this helpful

Gloria J. SandersReviewed in the United States on February 21, 2014
3.0 out of 5 stars
Weird but Good
Verified purchase
Okay, this is a really strange movie. Starts out really weird, not really clear at first why the character of Dennis Quaid did what he did. When it is clear, well, he is a really weird character, obviously very disturbed but the only ones wise to him are the kids in the movie and only after they catch him in the act. The guy is a real piece of work, hometown hero and respected businessman. The kids in the story add suspense. This is not a great movie, the story is just a bit fuzzy at times, it has potential but a little something missing. Worth it for Dennis Quaid's role, he is just crazy odd. That is why the 3 stars, weirdly good movie. Did I say weird? I mean I enjoyed it, the movie is just a bit, yeah, weird.
13 people found this helpful

Bruce WinningReviewed in the United States on March 7, 2021
5.0 out of 5 stars
not horror to me
Verified purchase
The recommendations list gave me 3 in a row that were 'action' so I trusted that 'horror' wasn't really horror and I was right. I enjoyed this drama because it had lives in danger and some shooting. I prefer 16:9 and 5.1 and this was neither but very entertaining. Don't watch it alone unless you are used to weird TV.

T RodReviewed in the United States on April 25, 2022
3.0 out of 5 stars
Kept me Off the Edge
Verified purchase
The acting was ok, but the music did a good job keeping the suspense, Denis Quaid is an excellent actor, and his psycho roles always give me the creeps, the kids' roles were very vague and confusing, but the story line was good.
See all reviews
Back to top
Get to Know Us
Make Money with Us
Amazon Payment Products
Let Us Help You
EnglishChoose a language for shopping. United StatesChoose a country/region for shopping.
© 1996-2022, Amazon.com, Inc. or its affiliates