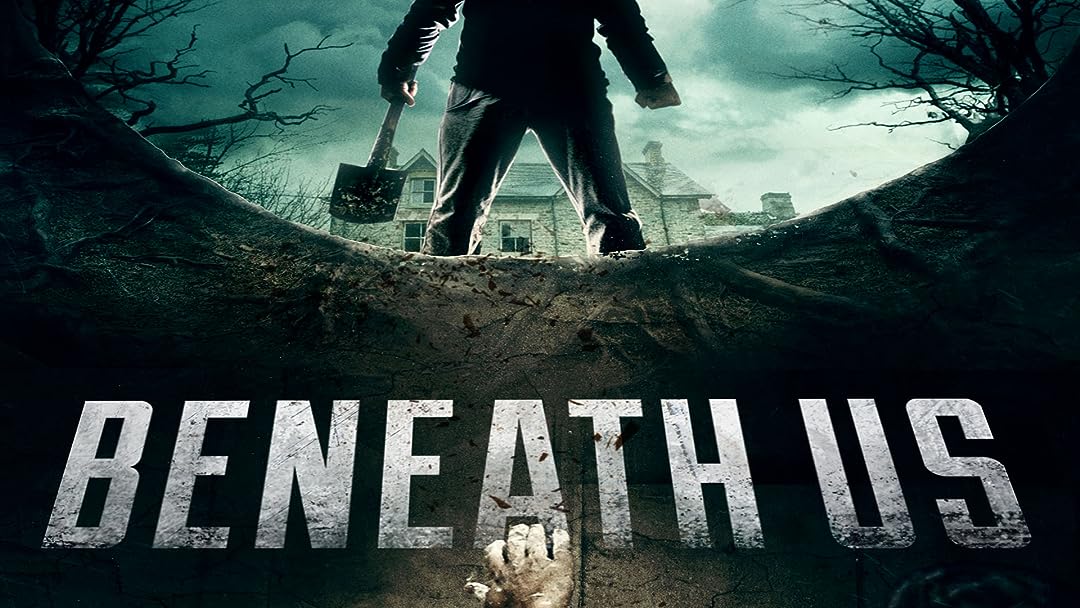 (5,147)
5.31 h 26 min202016+
The American Dream becomes a nightmare for a group of undocumented day laborers hired by a wealthy couple. What they expect to be their biggest payday turns into a terrifying fight for survival.

Michael J. ScottReviewed in the United States on September 26, 2020
1.0 out of 5 stars
Beneath Us the Movie Should Be Permanently Condemned Beneath Us
Verified purchase
This movie is beyond terrible beyond the awful acting and the ridiculous plot. You see 4 undocumented aliens are hanging around when they are picked up. Happy they secured work by riding with the gringa who took them to their job site where bad stuff happens. There are no monsters, or real alien beings, or giant worms and etc. The title belies the theme of the movie and as such is misleading. In conclusion, this is the worst $3.99 I have spent at Amazon. The movie has no socially or viscerally redeeming value. Avoid it.
21 people found this helpful

Kerry MathewsReviewed in the United States on August 25, 2020
2.0 out of 5 stars
Okay
Verified purchase
An okay unrealistic movie trying to say that white people are looked at so much higher than other races and it makes Mexicans look bad imo. we all know everyone is equal and can make what we all want out of life but this is just a film that is trying to create more racisim . If you do not expect something too serious it is an okay film.
21 people found this helpful

EJ’s MommyReviewed in the United States on July 20, 2020
5.0 out of 5 stars
Interesting to say the least
Verified purchase
This is an interesting tale story about a wealthy couple who flips high end houses for a living. They hire unsuspecting, undocumented immigrants to build/remodel their homes with no intention of paying them or letting them leave when the work is completed.

As the story progresses, they seem to take pleasure in killing the workers when become suspicious or uncomfortable with the work arrangement.

This is a tale digs into a couple who has a superiority complex, just as the title suggests.

I don’t want to give away the story but it’s gripping and suspenseful for a B-list movie.

TA SparksReviewed in the United States on January 27, 2021
4.0 out of 5 stars
Surprisingly good.
Verified purchase
People please leave your political bias out of movei reviews. This was just a horror movie about exploited labor by illegal immigrants. It isn’t trying to demonize all white people, so get a grip. Good writing, directing, and acting aside from the couple being slightly over the top. Nicely done.
8 people found this helpful

noneReviewed in the United States on August 11, 2020
4.0 out of 5 stars
The story has meaning and morals to learn
Verified purchase
Loved this movie. Great example of hate and prejudice in our country. Such a real problem of prejudice in our country. Notice how she was just as cold to the couple that were not illegal immigrants. Even though illigal immigration is wrong, all people, race or color are precious and loved by our Lord and Savior.
12 people found this helpful

Motorcycle_GurllllReviewed in the United States on July 10, 2021
5.0 out of 5 stars
Watched it for the story, not the politics
Verified purchase
I mean, the social commentary was not lost on me. But it's a movie and it's supposed to be scary, and it was. So for that, I enjoyed it. I cared about the characters and was sickened by others. Kept my attention thru the whole thing. Way better than watching another teenage mutant land shark serial killer BS movie. I kinda had an idea this was where they were going but I still enjoyed getting there. My one thing is that whenever some a-hole in the movie gives some long self-aggrandizing soliloquy, that's usually enough time to bring on a downfall for that character. But it annoys me because I've seen it a million times and it's a movie trope I personally hate. And there was that here to a degree, but I still think as a movie, all politics aside, that it was well-done and there haven't been a huge handful of good, inventive, creative horror movies coming across my radar lately. So when one does, I enjoy it. And I did like this movie as a horror movie, as a horror movie fan, and the plot is I believe one of the first in this line of plots that I remember seeing. It was a good movie. I'll argue my politics elsewhere as this is not the place for that.
One person found this helpful

C F CastReviewed in the United States on January 12, 2022
1.0 out of 5 stars
What numbskull produced this crap?!
Verified purchase
The truly frightening thing is all the unusually high star ratings. Seriously?! Who the heck are these viewers? Acting was beneath any definition of the term. Script was so far fetched! "A lady picks up 4 obviously undocumented strangers." In what world?! What was the point of the STORY? If it was to provoke HATE well the only one who deserves it is the scriptwriter! Which btw who did you do to get this far? Without meaning to be redundant, you suck! Put the pipe down! Whatever you're smoking has made you a dull nonsensical example of incredible stupidity. Undocumented foreigners aren't so terrified of being arrested because to some our American jails are luxuriant lodgings with free room service!
2 people found this helpful

Joe M.Reviewed in the United States on February 21, 2021
1.0 out of 5 stars
Far fetched unrealistic storyline
Verified purchase
As usual, hollywood is pushing their delusional agenda. Plenty of opportunities to overtake the evil white couple in this joke of a movie. But no, it's drawn out. The rich white couple apparently have a habit of hiring the undocumented and using that against them. After they're done with them doing the work, they kill them and bury them under the building the undocumented just built. No, there isn't a smell and they constantly get away with it. The overplayed craziness of the woman along with the stupidity of the workers was laughable. This movie, for those that possess common sense and logic, is beneath us.
8 people found this helpful
See all reviews
Back to top
Get to Know Us
Make Money with Us
Amazon Payment Products
Let Us Help You
EnglishChoose a language for shopping. United StatesChoose a country/region for shopping.
© 1996-2022, Amazon.com, Inc. or its affiliates