The Best American Short Stories 2014 and millions of other books are available for Amazon Kindle. Learn more
Share <Embed> 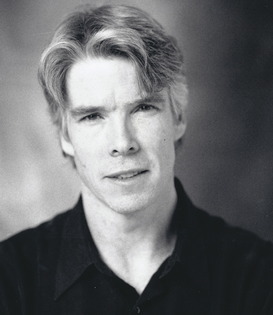 by Jennifer Egan (Author), Heidi Pitlor (Author)
3.9 out of 5 stars 157 ratings
Part of: The Best American: Short Stories (12 books)
See all formats and editions
Sorry, there was a problem loading this page. Try again.

“The literary ‘Oscars’ features twenty outstanding examples of the best of the best in American short stories.” — Shelf Awareness for Readers

The Best American Short Stories 2014 will be selected by national best-selling author Jennifer Egan, who won the 2011 Pulitzer Prize and the National Book Critics Circle Award for fiction for A Visit from the Goon Squad, heralded by Time magazine as “a new classic of American fiction.” Egan “possesses a satirist’s eye and a romance novelist’s heart” (New York Times Book Review).

“People will keep reading fiction as long as it provides an experience of pleasure and insight that they can't find anywhere else," writes guest editor Jennifer Egan. The Best American Short Stories 2014 provides pleasurable and insightful fiction that compels, surprises, and engages. From a hospital’s neonatal intensive care unit to the human face of American forces who have served in Afghanistan, from the rise and fall of an indie rocker to the fate of Madame Bovary’s greyhound, the stories in this collection, according to Egan, explore “the wider world at this specific point in time.”

[INSERT AUTHOR PHOTO] JENNIFER EGAN, editor, is the author of The Invisible Circus, Emerald City and Other Stories, Look at Me, which was nominated for the National Book Award in 2001, and the best-selling The Keep. Her latest book, A Visit from the Goon Squad, a national bestseller, won the 2011 Pulitzer Prize, the National Book Critics Circle Award for Fiction, and the Los Angeles Times Book Prize.

HEIDI PITLOR, series editor, is a former senior editor at Houghton Mifflin Harcourt. She is the author of the novels The Birthdays and the forthcoming The Daylight Marriage.

JENNIFER EGAN is the author of The Invisible Circus, which was released as a feature film by Fine Line in 2001, Emerald City and Other Stories, Look at Me, which was nominated for the National Book Award in 2001, and the bestselling The Keep. Her book, A Visit From the Goon Squad, a national bestseller, won the 2011 Pulitzer Prize, the National Book Critics Circle Award for Fiction, and the LA Times Book Prize.

HEIDI PITLOR is a former senior editor at Houghton Mifflin Harcourt and has been the series editor for The Best American Short Stories since 2007. She is the author of the novels The Birthdays and The Daylight Marriage.

Start reading The Best American Short Stories 2014 on your Kindle in under a minute.

3.9 out of 5 stars
3.9 out of 5
157 global ratings
How are ratings calculated?
To calculate the overall star rating and percentage breakdown by star, we don’t use a simple average. Instead, our system considers things like how recent a review is and if the reviewer bought the item on Amazon. It also analyzes reviews to verify trustworthiness.
Top reviews

torv
5.0 out of 5 stars For readers of literary fiction.
Reviewed in the United States on May 14, 2015
Verified Purchase
Collected in this book are some of the best stories I've ever read, but if you're not a reader of literary fiction, you might miss the point of a lot of them and think they're "dull" simply because the narrative isn't as flashy or "clever" as the stack of mystery novels you blazed through on your Florida beach vacation. If you read for good writing, powerful emotional hooks, and all around good storytelling, then this is certainly worth looking through. There is some really incredible writing on display here from some true masters of the craft. Some of these stories moved me to tears, most of them had me saying "Damn..." to an empty room after I read the last word.

Stories:
Charity
The Indian Uprising
The Night of the Satellite
After the Flood
Long Tom Lookout
Medium Tough
The Breeze
Hover
A Hand Reached Down to Guide Me
At the Round Earth's Imagined Corners
The Judge's Will
Evie M.
Kattekoppen
This Is Not A Love Song
La Pulchra Nota
God
Mastiff
Next to Nothing
Madame Bovary's Greyhound
Antarctica

Bill
4.0 out of 5 stars Not the best in the series but worth a read
Reviewed in the United States on February 12, 2015
Verified Purchase
Eagerly awaiting the latest edition in this series is something of an annual holiday tradition for me. And while not every story is a winner, there’s always at least one that justifies the effort. Often I’m introduced to at lest one intriguing author whose work is new to me. If you’re a subscriber to or frequent reader of The New Yorker, you’ve already read a fair number of the stories in this volume so it may not be worth your time.

For those new to the series, you’ll be pleased to find that in addition to the stories themselves, there is a section at the end of the book where each author tells us the story behind the story. It gives great insight into the creative process, especially useful to aspiring writers.

It’s difficult to review an anthology like this holistically as the stories are all from different writers. So any generalizations say more about the editor than about the writers. I don’t know how accurately this collection reflects “trends in modern story telling” so I won’t even attempt to address that point.

Usually there’s one story that stands out above the rest for me. Nothing had that effect on me this year but of the 20 stories here, about half were memorable. Here are my favorites.

Laura Van Den Berg, Antarctica. A woman long separated geographically and emotionally from her brother, tries to retrace his steps after his death. What she learns about her brother is not what she was hoping to find.

T.C Boyle, The Night of the Satellite. What is our responsibility to intervene when a stranger appears to be at risk? The answer to this question causes a riff between a young couple.

Charles Baxter, Charity. No good deed goes unpunished, as volunteering at a medical clinic in Ethiopia leaves the protagonist ill. With no health insurance and no job, he is driven to the black market for drugs. Desperation and vengeance lead to acts of violence in this complex take on the what it really means to be charitable.

Peter Cameron, After the Flood. An elderly christian woman tries to do the right thing (after being strong armed by her pastor) and helps an immigrant family left homeless by a flood. The imposition reveals the strains in the woman’s own marriage.

Nicole Cullen Long, Tom Lookout. A young woman is suddenly left to care for her husband’s illegitimate child while still struggling to put her own life together.

Benjamin Nugent, God. Through romantic and sexual politics on a college campus, the narrator learns something surprising about himself.

So not the best installment of the series but definitely worth a read. Looking forward to next year already!
Read more
3 people found this helpful
Helpful
Report abuse

Kcorn
5.0 out of 5 stars This collection of short stories soars
Reviewed in the United States on October 17, 2014
Vine Customer Review of Free Product( What's this? )Verified Purchase
There are not certainly a wide diversity of short stories and writing styles represented in this collection. One author, Laura Van Den Berg, even has the distinction of having her haunting story, "Antarctica" published in both The Best American Short Stories of 2014 and The Best Mystery Stories of 2014. That's quite an honor.

Readers may have the misconception that writing a short story is "easier" than creating an entire novel. But it isn't hard to find well known writers who say just the opposite: it can be extremely hard to develop strong characters and story lines - and then to hold readers' attention.

And, as editor Jennifer Egan points out, "Winning, or inclusion, is a matter of managing to delight the right combinations of tastes..." From my point of view, Egan's taste was spot on.

Here's some of my favorites (in addition to the previously mentioned "Antarctica" :

I was drawn into Peter Cameron's story after the first sentence: "The Djukanovics came to live with us after the flood because they had nowhere else to go." This story led in a different direction than I expected.

"Long Tom Lookout" is Nicole Cullen's contribution and the story of a woman, a young boy, and their unlikely circumstances tore at my heart.

Karen Russell's story focuses on ( as she describes it) "Flaubert fan fiction, about a heartbroken dog". This is my favorite in the bunch, so poignant. Somehow Russell managed to make me believe in a particular dog's rich emotional life.

Choosing the "best" stories in a given year may be somewhat arbitrary but what isn't in question is how memorable these are.
Read more
One person found this helpful
Helpful
Report abuse

And my three favorites are: Medium Tough, This is Not a Love Song, and Antarctica.
Read more
2 people found this helpful
Helpful
Report abuse

Julaina KC
5.0 out of 5 stars Excellent Collection
Reviewed in the United States on April 30, 2015
Verified Purchase
The Best American Short Stories 2014 was picked by a member of our reading group for our monthly discussion. I don't usually read all the selections in an anthology, but I enjoyed these stories so much, I read from cover-to-cover. The variety amazed me and some stories I still think about several months after I've read them. I appreciated the different settings, life styles, and characters that took me to places and people I would not know if I hadn't read the book. I plan to read some of the stories again.
Read more
2 people found this helpful
Helpful
Report abuse
See all reviews

JodiR
4.0 out of 5 stars As always thought provoking and worth a read
Reviewed in Canada on February 23, 2017
Verified Purchase
I love these collections as they often expose me to authors I might not have read in the past and to read works that are often literary gems. As with any collection there are going to be some I like and some I do not but I feel that if you enjoy short stories that these 'Best of Collections' are fabulous.
Read more
Report abuse

Judy Mayhew
5.0 out of 5 stars Arrived in good time. Thanks
Reviewed in Canada on July 11, 2015
Verified Purchase
Exactly as described. Arrived in good time. Thanks.
Read more
Report abuse
See all reviews
Back to top
Get to Know Us
Make Money with Us
Amazon Payment Products
Let Us Help You
EnglishChoose a language for shopping. United StatesChoose a country/region for shopping.
© 1996-2022, Amazon.com, Inc. or its affiliates