The Best and the Brightest: Kennedy-Johnson Administrations and millions of other books are available for Amazon Kindle. Learn more
Share <Embed> 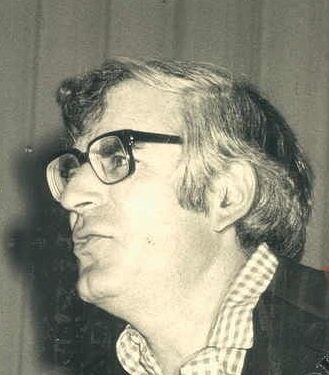 by David Halberstam (Author)
4.5 out of 5 stars 553 ratings
See all formats and editions
Sorry, there was a problem loading this page. Try again.
Previous page
Next page

Start reading The Best and the Brightest on your Kindle in under a minute.

4.5 out of 5 stars
4.5 out of 5
553 global ratings
How are ratings calculated?
To calculate the overall star rating and percentage breakdown by star, we don’t use a simple average. Instead, our system considers things like how recent a review is and if the reviewer bought the item on Amazon. It also analyzes reviews to verify trustworthiness.
Top reviews

Mike PowersTop Contributor: Chess
TOP 1000 REVIEWER
5.0 out of 5 stars “The Best and the Brightest:” the best book ever written about America’s involvement in Vietnam.
Reviewed in the United States on December 20, 2017
Verified Purchase
The first (and only) time I read David Halberstam’s “The Best and the Brightest” was shortly after its publication in 1975… that is, until last week, when I finished reading it again. I was just as impressed with it this time as I was forty years ago.

David Halberstam (1934-2007) was a journalist and author who reported from Vietnam for the New York Times in the early 1960s. He was one of a group of journalists (including Neil Sheehan and Peter Arnett, among others) who earned the ire of the Kennedy and Johnson administrations for his reporting of what he viewed as the truth about Vietnam – that America was getting itself involved in a conflict it couldn’t win. Halberstam’s reporting from Vietnam earned him a Pulitzer Prize in 1964.

As Halberstam explains in his preface to “The Best and the Brightest,” he spent three years researching and writing the book. He intended his title to be ironic, not literal. The “Best and the Brightest” were leaders who were considered America’s elite – John F. and Robert F. Kennedy, Lyndon B. Johnson, Robert McNamara, Dean Rusk, McGeorge and William Bundy, George Kennan, George Ball, Clark Clifford, Walt Rostow, John McCone, and others. They were mostly graduates from Ivy League schools, many with Ph.D.’s; men of keen intellect and supposed prodigious management and leadership skills. Men who prided themselves on straight talk. And yet, these men slowly and steadily entangled the United States in a war on the Asian mainland that they knew, from both the warnings they received and from bitter experience, they had little chance of winning. And once they got America entangled in Vietnam, they mismanaged the war and deceived the American people about it, and left the nation torn asunder by divisions that exist to this day.

I don’t necessarily agree with all Halberstam’s judgments and conclusions in “The Best and the Brightest,” but I do think he made a powerful argument that seems to be largely vindicated in the four decades since the end of the Vietnam War. I believe “The Best and the Brightest” is simply the best book ever written about America’s involvement in Vietnam. If you only read one book about this subject, this is the book to read. Most highly recommended.
Read more
100 people found this helpful
Helpful
Report abuse

PapaPhil
5.0 out of 5 stars Recommended reading concerning Vietnam
Reviewed in the United States on April 19, 2016
Verified Purchase
This is the seminal work relating to how we got ourselves immersed in Vietnam. I'm a Vietnam Veteran, and I have always thought our reasons for being there were misguided at best. In this exhaustive look at the gradual build-up to the maximum troop levels in 1969, it is apparent that our reasons were much less than misguided. It makes me angry that many good people died in this war, this senseless, stupid exercise of power gone awry. It is very sad not only that the Vietnam War occurred, it is very apparent that we fail to learn from the lessons of history (read: Iraq and Afghanistan).

"The Best and the Brightest" is an excellent work, deserving of the Pulitzer Prize awarded to Mr. Halberstam.
Read more
59 people found this helpful
Helpful
Report abuse

Derf Keebslak
5.0 out of 5 stars Compelling to read, with Sadness
Reviewed in the United States on May 12, 2017
Verified Purchase
This is another outstanding book by the late David Halberstam, well written and researched. While I thoroughly enjoyed reading this book, and learning so much about the Vietnam War years, I found myself saddened by the needless loss of 58,000 of my generation. Three of those from my high school, whose names I have visited several times on the Wall in Washington D.C.. Their faces were constantly in the back of my mind as I read about the flawed decisions and hubris that brought us into a war of choice. A terrible choice.
Read more
31 people found this helpful
Helpful
Report abuse

Don G. Schley
5.0 out of 5 stars A must-read for anyone who is interested in the Vietnam War.
Reviewed in the United States on August 27, 2015
Verified Purchase
This is an exceptionally well-written book about the way John F. Kennedy's idealistically selected cabinet dragged us down the muddy, dirty, twisted road and into the Vietnam conflagration. Nowhere, save in McMaster's more recent treatment (Dereliction of Duty, 1996) is the critical role of Robert S. McNamara in this debacle, so critically or accurately portrayed. Halberstam treats a number of critical subplots, too, such as the destruction of the "flexible response advocates" among the junior officer corps by Eisenhower's Secretary of Defense, the lamentable "Engine Charlie" Wilson, or the enmity between distinguished paratroop commanders Maxwell Taylor and James Gavin, or LBJ's complete consternation with Kennedy's Undersecretary of State for Southeast Asia, the decorated veteran of Merrill's Marauders and the OSS, Roger Hilsman (arguably the only man in the administration who knew anything at all about Southeast Asia in General and Vietnam in particular). An added value of Halberstam's treatment comes in the form of his detailed, insightful and assiduous character studies of all the principals, from nominal Republican McGeorge Bundy, the only non-PhD ever to serve as Harvard's Dean of the Undergraduate school, to Secretary of State Dean Rusk, intellectually despised by his mentor, Dean Acheson. This work is a must-read for anyone interested in both the Kennedy administration and in the question of how we got snookered into this impossible war in the first place.
Read more
42 people found this helpful
Helpful
Report abuse
See all reviews

Mat
5.0 out of 5 stars Thoroughly recommended
Reviewed in the United Kingdom on July 15, 2018
Verified Purchase
I found this book a fascinating. While having a basic understanding of the early years of the US effort in Vietnam, this book served as an in-depth introduction and then some. I did find it slow-going, with my having to refer to past pages or Google to keep a handle on the names & personalities, but just couldn’t put it down. It features a great deal of background to the US role in Vietnam as well as the machinations underway in the White House throughout this. I came away shaking my head at McNamara’s “data-led” approach, parsing the events into data - often misleading - and using that to make assumptions or increase efforts.

In particular I really liked the background on the ‘loss of China’, and its ramifications on the State Departnent, McCarthyism and US strategy towards communism - and the erroneous belief that all SE Asian communist nations were extended arms of Moscow, rather than each separate movement being indigenous.
Read more
2 people found this helpful
Report abuse

Amazon Customer
4.0 out of 5 stars Could have done with an editor
Reviewed in the United Kingdom on September 18, 2019
Verified Purchase
It's good but it's about two hundred pages too long and the author gets lost in his own verbal verbosity. Every character has the same bio which Halberstam takes ages on: they were godlike in their youth (which he describes in wildly poetic terms) then Vietnam bought them to their knees (which he describes with a King Lear like Shakespearean flourish). It gets slightly laborious. Read it by all means but prepare for a good yawn three quarters of the way through.
Read more
One person found this helpful
Report abuse

Amazon Customer
5.0 out of 5 stars Interesting but not a light read
Reviewed in the United Kingdom on February 23, 2021
Verified Purchase
You don't buy this for an easy read but the subject is fascinating for those of us of a certain age, when Vietnam dominated the news. It is reassuring to learn that the most intelligent people are sometimes, or in some ways, pretty thick
Read more
Report abuse

Mr T J Hayns
5.0 out of 5 stars Informative and compelling
Reviewed in the United Kingdom on November 7, 2013
Verified Purchase
A superb account of the key players and the decision making that led America deeper into Vietnam. The history surrounding the fall of the French in Indo-China and the loss of China to the Communists together with an explanation of domestic political issues is fully explored putting the decisions of the 1960's in context.

An excellent book.
Read more
One person found this helpful
Report abuse
See all reviews
Back to top
Get to Know Us
Make Money with Us
Amazon Payment Products
Let Us Help You
EnglishChoose a language for shopping. United StatesChoose a country/region for shopping.
© 1996-2021, Amazon.com, Inc. or its affiliates