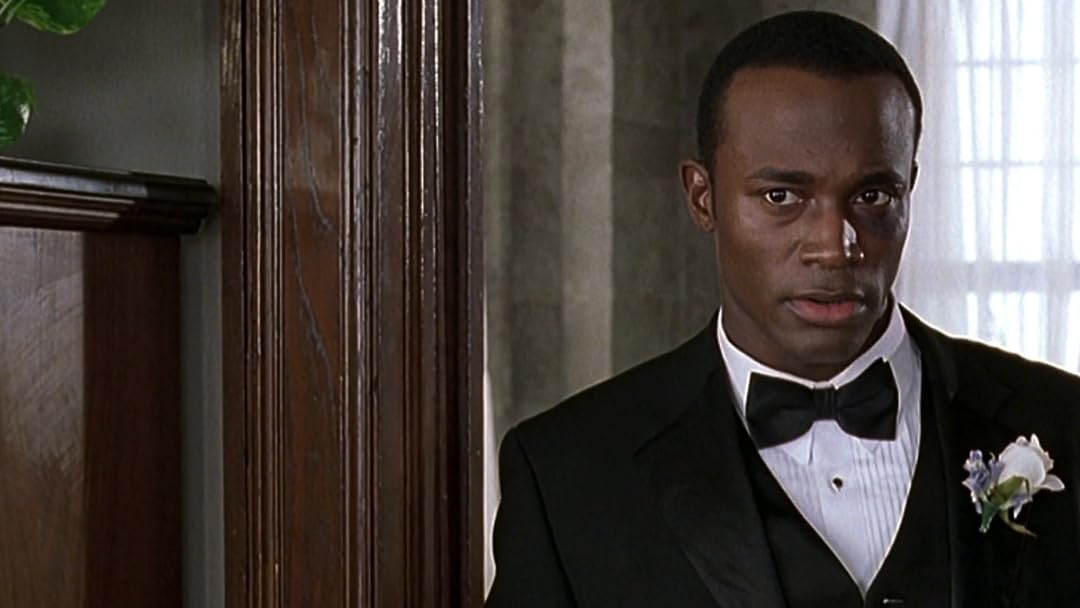 (3,134)
6.82h1999X-RayR
A first-time author, attending the wedding of two old chums, worries that his friends will learn that they are the characters in his frank, tell-all novel. Co-starring Morris Chestnut.

BAT-505Reviewed in the United States on May 11, 2021
1.0 out of 5 stars
not very good..👎👎👎
Verified purchase
DON'T LIKE BIG GUYS BEATING UP LITTLE GUYS ESPECIALLY WHEN THEY ARE CLOSE FRIENDS..THAT SHOWS THEIR IMMATURITY AS AN ADULT...WHEN THEY THEIR SHOULD HAVE BEEN HONESTY AND TALKED IT OUT...but I bought it because I had the second movie first and didn't understand why there were anger with the football player at his friend the writer...and now that I this movie that explains why..AND IT ALSO SHOWS WHAT HAPPENS WHEN A CHRISTIAN DOES NOT GET FILLED WITH THE HOLY SPIRIT..YOUR FLESH..WILL STILL ACT OUT IN VENGEANCE. WITHOUT THE HOLY SPIRITT...TO CONTROL THE ANGER.IN THE FLASH....SO, for me .it's not to good of a movie in that area..but the rest is funny...BUT STILL ONLY GETS ONE STAR FROM ME.

joel wingReviewed in the United States on September 26, 2021
4.0 out of 5 stars
Dirty laundry always comes out
Verified purchase
The Best Man is about dirty laundry. A group of college friends, Taye Diggs, Nia Long, Morris Chestnut, Harold Perrineau, Terrence Howard, Monica Calhoun get together for Chestnut and Calhoun’s wedding and everything they did in the past comes out. There is love, lust, betrayal, and more. They throw in some jokes just at right moments like Howard making fun of Perrineau’s controlling girlfriend. It’s a great mix.
One person found this helpful

wisdomseekerReviewed in the United States on September 23, 2020
5.0 out of 5 stars
One of my favs
Verified purchase
Rare depiction of real african american middle class lives.. that wasn't overly dramatic, didn't religiously brow beating the audience, didn't focus on race or victimization, or stick to black and white ideas of morality.. realistic.. and wholesome..
One person found this helpful

Dr. BraxyReviewed in the United States on March 11, 2002
4.0 out of 5 stars
Really Good Movie With A Nice Lesson
Verified purchase
I liked The Best Man. It was a really nice movie, not too deep, not too light, with vivid characters that were very 3 dimensional.
There are 6 main characters, all friends since college, who get together for a wedding. All of the characters are doing nicely in their chosen professions, which was a VERY WELCOME change from the standard fare offered with African American's at the helm. I was finally able to identify with the people on screen (not all of us live in ghetto's and drink alcohol!). There are misunderstandings, expectations of infedility, and loads of fun in this movie. And the dialogue was refreshing, exciting and insightful.
If you've ever seen and loved The Big Chill, then The Best Man will be a great addition to your collection. Both films are similar in their overall premise, great scripts and fabulous directing.
As for the acting, everyone did a great job. But, I would be remise in not telling you the purchase price for this video is worth it JUST for the performance of Terrence Howard, who portrays Quincy. Quincy is one of the most fabulously drawn characters I've ever experienced. As some older folks say "He played the heck out of that role!"
Buy it! You won't regret it.
Dr. Braxy :o)

Claudia47Reviewed in the United States on January 14, 2013
5.0 out of 5 stars
Very Entertaining DVD
Verified purchase
I first saw this movie on t.v. and was charmed by it.

This is the story of a group of 30-something college friends who reunite for the wedding of the one who has become a pro-football player. However, their anticipated weekend of carefree fun is tainted when they realize that the best man's newly published book contains a long-kept secret about the bride-to-be.

Prenuptial events take some interesting turns as the friends each figure out what happened in the past and try to make sure the groom doesn't find out.

The plot is surprisingly heartfelt and entertaining and the actors are all fun to watch. Whether you view it for sheer entertainment or as a window into the world (and personalities) of the characters, you'll enjoy it.
3 people found this helpful

loloReviewed in the United States on April 19, 2014
4.0 out of 5 stars
The Best Man
Verified purchase
Harper Stewart writes a book about his group of friends and doesn't tell them and believes that his writing was just inspired by his friends and that they would not recognize themselves. Two of the main characters in the book are getting married and they ask Harper to be the best man. What he finds out is that a preview of his book got to one of his friends and everything in his world changes.
Movie includes one of best songs by Stevie Wonder "As" from the album "Songs in the Key of Life" great CD.
Terrance Howard has an interesting way of playing guitar.
Great fun, lessons learned, you are going to love it.
Love the cast!!!
2 people found this helpful

Someone Who CaresReviewed in the United States on February 7, 2009
5.0 out of 5 stars
Best Man ~ A Classic!!!
Verified purchase
The Best Man is a great movie. For Taye Diggs, Morris Chestnut, and Terrence Howard, it is truly one of the highlights of their careers. It has a great blend of comedy and drama and a handful of moments you'll be bringing up in "Remember when" conversation for years to come. And as for movies that center around relationship drama, this movie is for guys too. This is the type of chick-movie that will get guys laughing outloud at the screen and getting sucked into the "What's going to happen next" drama. The icing on the cake is that it shows African-Americans in a positive light, with careers and identities that ate not stereotypical; and even the characters that aren't the most inspiring, by the end of the movie you'll take pride in their triumph and be rooting for them all. The Best Man is truly a great movie. One to add to any collection.
4 people found this helpful

EOReviewed in the United States on November 9, 2019
5.0 out of 5 stars
Favorite!
Verified purchase
This is such a lovely movie with an amazing cast! Seeing these young talented actors carry such a heavy story so well never gets old. It's funny, it's fun, it's moving, it's just beautiful. A story about life, love, friendship and all the things that come with those...
See all reviews
Back to top
Get to Know Us
Make Money with Us
Amazon Payment Products
Let Us Help You
EnglishChoose a language for shopping. United StatesChoose a country/region for shopping.
© 1996-2022, Amazon.com, Inc. or its affiliates