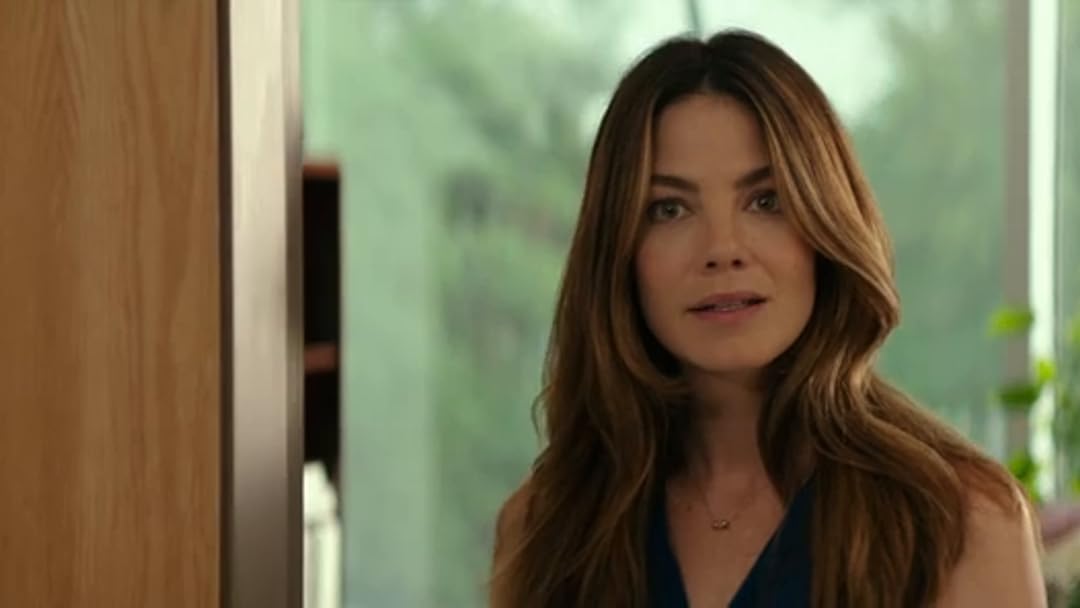 The Best of Me: Tears of Joy Edition

(13,951)
6.61 h 55 min2014X-RayPG-13
From Nicholas Sparks, this is the story of high school sweethearts who find themselves reunited after 20 years when they return to their small town for the funeral of a beloved friend. Also available:the special Tears of Joy edition with an all-new ending!

Z@R@!Reviewed in the United States on June 6, 2019
4.0 out of 5 stars
BRUH! THAT ENDING!
Verified purchase
There are two versions to this film and it is for good reason.
There's the theatrical version, with the expected "lovers reunite" ending and then there's the director's cut that has the original book given ending. If you do not want your heart to be ripped out of your chest in anger and hurt, DO NOT WATCH THE DIRECTOR'S CUT! I mean it, don't do. Now, the theatrical one is completely fine. It is a good movie for the whole family, with only two sex scenes, one when they are young and first in love and one when they are reunited almost at the end. Hardly any cursing, just a few Sh*T's and F*cks, but overall great dialogue, great realistic depiction of what it is like to be from the "gutter" and what it entails, and how they are treated by those swimming in privilege.
43 people found this helpful

ChristLovingMomof3Reviewed in the United States on May 27, 2021
1.0 out of 5 stars
Typical Melodrama
Verified purchase
First, always have to go for the New Age junk - It's in the stars, fate, destiny, blah, blah, blah. Atheistic and agnosticism. Garbage. Otherwise, I figured it would have the typical melodramatic ending. Why do writers think some dramatic-death ending is *good* entertainment? It is not. Out of boredom I watched, had to mute some of the dialogue since it was disgustedly filled with expletives using God's name, and skip forward through two sex scenes. Not to mention adultery (which seems applauded as long as it makes you "happy"). Not my idea of entertainment. Should have turned it off, but again, out of boredom I continued with curiosity of where the storyline was going. So, yea, they got me. Hook, line, and sinker. Heavy on the sinker part (*insert eye roll*). I should know better since Sparks' novels to film (I haven't read the actual books, so I'm sure they're the same) are typically laden with junk like that. Clean it up, people! Not necessary to make a good story.
14 people found this helpful

GatorsReviewed in the United States on May 20, 2019
5.0 out of 5 stars
BEST ROMANCE MOVIE EVER
Verified purchase
This is my favorite movie based off of a Nicholas Sparks movie. It has a very good plot and I really like how throughout this movie they were able to smoothly transition from past to present. This was one of the few movies that made me cry because it has such a great meaning. A must buy if you want to watch a touching romance movie! I recommend The Notebook as well which is yet another good movie with Rachel McAdams and Ryan Gosling.
17 people found this helpful

Twanda of the JungleReviewed in the United States on March 13, 2021
1.0 out of 5 stars
Ridiculous Plot
Verified purchase
The plot to this movie is so unrealistic, it was hard to enjoy. The female character is so unrealistic. She befriends an abused loner, loses a child, has a son who has heart surgery and still looks like the perfect soccer Mom. I don't know about you, but when major tragedies happen in my life, I don't bother with mascara. If you like Hallmark movies, (I don't) you'll love this melodrama.
9 people found this helpful

Deborah MarieReviewed in the United States on June 22, 2021
2.0 out of 5 stars
ANNOYING
Verified purchase
I LIKE THE STORY OF SOMEONE COMING FROM A BAD FAMILY, BUT BREAKING THE MOLD AND WANTING A BETTER LIFE. A MORALLY RIGHT LIFE. THE YOUNG COUPLE WERE BOTH CUTE, BUT I FOUND IT SO ANNOYING THAT AS THEY WENT BACK AND FORTH WITH THE YOUNG COUPLE AND THE 20 YEAR OLDER COUPLE THEY DID NOT LOOK AT ALL ALIKE. THE NOSES, FACIAL AND BODY BONE STRUCTURE WERE TOTALLY DIFFERENT ON BOTH. SHORTER TALLER, JUST DID NOT LOOK LIKE THE SAME COUPLE AND I REALLY COULD NOT GET PAST THAT. BUMPS ON THE NOSE THAT WERE NO LONGER THERE. WIDE NOSES AND BODIES THAT WERE NOW THIN OR WIDE AND SHORTER. JUST A BAD MATCH. I ALSO DID NOT LIKE THE FACT THAT SHE WAS MARRIED AND NOW GETTING INVOLVED WITH HERE OLD BOYFRIEND. NOT MORAL..............FORGET THE ENDING , IT WAS THE WORST!
3 people found this helpful

Judy KimbrellReviewed in the United States on August 19, 2017
5.0 out of 5 stars
Such an Awesome Love Story-A Must See
Verified purchase
Great Movie, I am a big fan of James Marsden, Luke Bracey and Michelle Monaghan. It is about a LOVE that spans 21 years and how some people never get over a GREAT LOVE regardless of time!!! The movie ending broke my heart and I cried like a baby, for both happy and sad reasons. The DVD lets you choose you ending as it as an Alternate Ending which I really LOVED!!!

This is an awesome!!! You will not be disappointed at all!!!

MelindaReviewed in the United States on January 28, 2020
5.0 out of 5 stars
Such a great movie!
Verified purchase
I absolutely love this movie! This is definitely one of my favorite Nicholas Sparks movies. What I actually really love about this Blu-ray is that it has an alternate ending. When I first saw it, I really liked the movie, but I didn't like the way it ended. Now I only watch it with the alternate ending because I think it's much better. Definitely recommend this movie if you're a fan of Nicholas Sparks or just love a good romance.
8 people found this helpful

Katherine SydneyReviewed in the United States on August 9, 2021
1.0 out of 5 stars
Literally the most predictable movie ever
Verified purchase
Here is every Nicholas Sparks movie:
1) Boy or girl from opposite sides of some sort of socioeconomic situation meet and fall in love young and somewhere down south.
2) Boy and girl have whirlwind relationship and are clearly soul mates.
3) Boy and girl are ripped apart by some sort of tragedy or misunderstanding. Usually having to do with socioeconomic factors.
4) Boy and girl reunite. It is raining. Usually sex in front of a fireplace or other unusual cozy spot.
5) one final challenge
6) Boy and girl get married and live happily ever after.

That is all you have to know.
At least The Notebook had good acting! This movie sucks so badly from every angle and I regret the $10 I spent on buying it instead of renting it because I thought for some reason that I’d want to watch it more than once instead of reality, which is that I wish I had never thought to watch it in the first place.

What a steaming pile of crap this movie is. Do not waste your time unless you have no taste or any semblance of intelligence.


2 people found this helpful
See all reviews
Back to top
Get to Know Us
Make Money with Us
Amazon Payment Products
Let Us Help You
EnglishChoose a language for shopping. United StatesChoose a country/region for shopping.
© 1996-2022, Amazon.com, Inc. or its affiliates