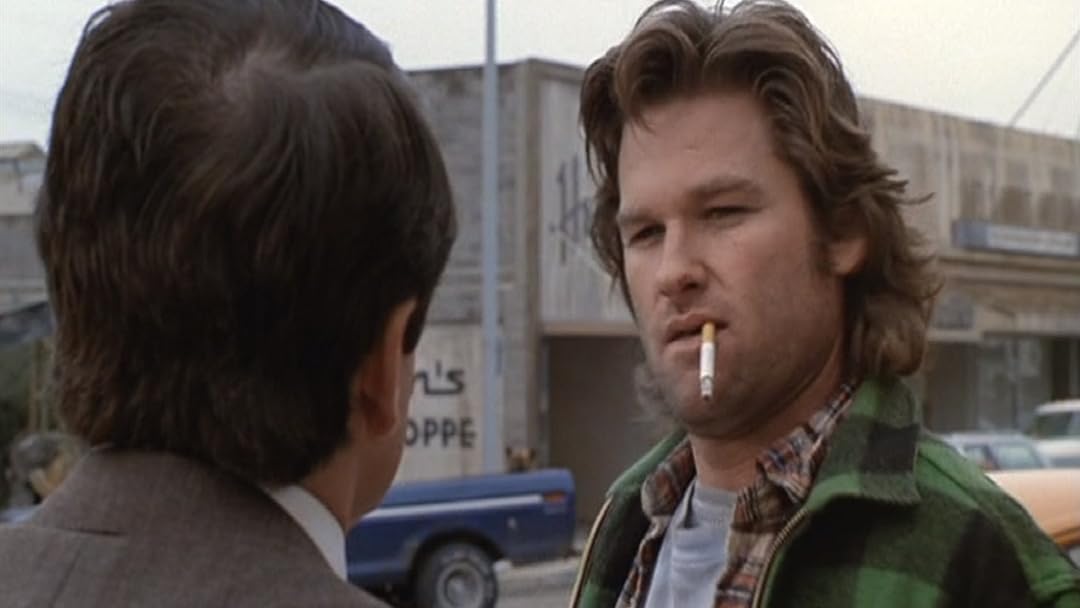 TonyReviewed in the United States on September 6, 2020
5.0 out of 5 stars
Just a couple of hours of fun
Verified purchase
Great plot, excellent comedic acting!

Kurt Russell just nails the part of Reno Hightower, "I was never great, I was pretty good...I was great for here".

Robin Williams is brilliant, as he was with anything he did.

Not an academy award winner, but a good way to spend a couple of hours watching a feel good movie.

Amazon CustomerReviewed in the United States on May 14, 2018
3.0 out of 5 stars
Good acting, slow plot, gratuitous language
Verified purchase
Being a fan of Kurt Russell and Robin Williams, I was excited to see this. The premise sounded like a lot of fun, and it is generally well reviewed. But when I watched it with a group of people, all of us were extremely disappointed. It's an example of a good idea and fantastic acting that lacks solid writing to turn it into a good movie. The plot moved slowly and several scenes dragged or were unnecessary. The set-up took 1/2-3/4 of the movie and could easily have been squeezed into the first 20 minutes. And while the comedic acting was (of course) good, it was hampered down by a gratuitous amount of language. It seemed like every third or fourth sentence had some level of swearing or sexual reference in it. It's not a terrible movie by any means, and there are certainly entertaining aspects to it, but I didn't find it to be something I would watch again or particularly recommend to anyone.
6 people found this helpful

CaptainCoolReviewed in the United States on December 30, 2020
5.0 out of 5 stars
small town feel good movie
Verified purchase
they don't make em like this anymore. for some reason i never considered Best of Times one of the best 80s/90s sports movies.....until now, decades later watching it on Prime.
Kurt Russell is the square-jawed leading man QB, and Robin Williams the nebbish down on his luck former loser seeking redemption during the Big Rematch between the big town well-funded boys from Bakersfield and the Williams/Russell hometown underdog Taft Rockets.
simple story well acted, directed, written and edited. the football game at the end is expertly choreographed. very underrated movie from the 80s that deserves...redemption.

WalterReviewed in the United States on January 14, 2021
4.0 out of 5 stars
Good football movie with lots of nostalgia
Verified purchase
It's not the greatest script and it's a bit slow at the beginning but I really like this movie. The casting and acting is great. I really like Williams and Russel's chemistry; I'm surprised they didn't do more films together. Great football movie with a terrific ending.
One person found this helpful

HeliosReviewed in the United States on May 11, 2021
2.0 out of 5 stars
Great movie, but terrible dvd video quality
Verified purchase
Such a charming, forgotten little gem of the 80’s. It’s too bad the video transfer to dvd is so terribly poor. It’s a compressed image and literally a clearer picture watching it on regular cable television. It pains me giving it such a low rating but I have to for other potential buyers. What a shame.

Russel and Williams are great on screen together though.
“I can get open”

BeckyReviewed in the United States on September 16, 2019
1.0 out of 5 stars
Dont waste your time.
Verified purchase
What a waste of time! Just a movie about people that can't move on from their high school lives. Pathetic. Watched because of good reviews and because we are from the Taft/Bakersfield area. I regret that I will never get those couple of hours of my life back.
One person found this helpful

Consumer KaizencraftReviewed in the United States on November 6, 2013
5.0 out of 5 stars
The first time ever I saw [Ambien's] face
Verified purchase
I love this movie too much. I moved to California and found out that the high school in the movie actually exists. One night I was experiencing some extreme insomnia so I took an Ambien. I'd never taken it because of its reputation but I ended up crashing the hell out. Unfortunately, though, I woke up in the actual town of Taft. I was surrounded by incredibly overweight and out of shape middle-aged men who were all chanting at me as I lay on a stage in a Tiger outfit. I ran off the stage and asked someone what the hell was going on and they explained I'd managed to gather the entire 1986 Taft HS football team together in a single night, but the guy couldn't explain how I'd done it. I look behind me and there's this Ambien mascot waving his hands down like "shhh, calm down". He kept doing it until I got sleepier and sleepier, and finally laid back down. I woke up in my room. I'm pretty sure none of it actually happened but even so, Ambien is AWESOME!
7 people found this helpful

Taylor BushReviewed in the United States on September 28, 2021
5.0 out of 5 stars
Most Underrated Sports Comedies of All Time!!!
Verified purchase
Robin Williams and Kurt Russell are great together!
It's a great story of redemption and love/pride for your community no matter how bad it is. These two men try to redeem themselves by replaying their old high school football rivals whom they have never beaten. They get the whole town involved and spark light in the community.
Hilarious Underdog Comedy!
See all reviews
Back to top
Get to Know Us
Make Money with Us
Amazon Payment Products
Let Us Help You
EnglishChoose a language for shopping. United StatesChoose a country/region for shopping.
© 1996-2021, Amazon.com, Inc. or its affiliates