You've subscribed to Best Women's Erotica! We will preorder your items within 24 hours of when they become available. When new books are released, we'll charge your default payment method for the lowest price available during the pre-order period.
Update your device or payment method, cancel individual pre-orders or your subscription at
Your Memberships & Subscriptions
There was an error. We were unable to process your subscription due to an error. Please refresh and try again. 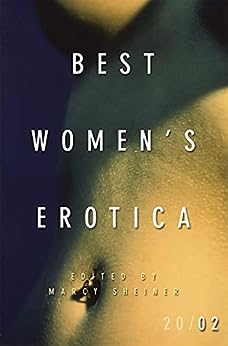 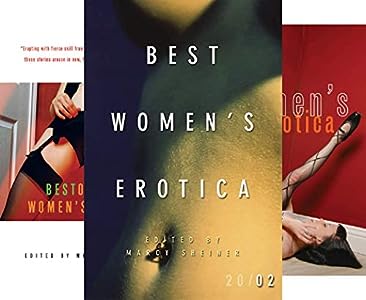 While the editor of this fine annual collection, Marcy Sheiner, argues in her introduction that these stories dwell on "the darker side of sex"--revenge, anger, grief--there is a redemptive quality to passion that often outweighs whatever unworthy motives may have inspired the deed. Although there is plenty of frivolous, one-handed reading in this year's edition, many of the pieces included have the hallmarks of literary fiction; they are not merely about a sexual event, but offer a revelation of character through that event. Lisa Glatt's "Waste," Anne Tourney's "Rope Burn," and Susannah Indigo's "The Language of Snakes" would shine in any short story anthology. Yet even the simplest and most graphic stories here can surprise the reader with their casual illuminations. In Tabitha Flyte's "After Loss," for example, a young woman and her brother-in-law stumble into sex after returning from her father's funeral. When she first feels his comforting arms around her, she reflects on how differently men and women embrace: "When I am hugged by a woman I feel that the arms around me say, 'Yes, you can do it, you can.' When I am held by a man I feel that I am being told, 'No, you don't have to do it, you don't.'" A remarkable volume, evidence of the considerable talent being directed toward erotica in recent years. --Regina Marler --This text refers to an alternate kindle_edition edition.

"Gets racier every year." -- San Francisco Bay Guardian --This text refers to an out of print or unavailable edition of this title.

Marcy Sheiner is the editor of the Best Women's Erotica series and Ripe Fruit. She lives in Oakland, CA. --This text refers to an out of print or unavailable edition of this title.
Read more

4.5 out of 5 stars
4.5 out of 5
4 global ratings
How are ratings calculated?
To calculate the overall star rating and percentage breakdown by star, we don’t use a simple average. Instead, our system considers things like how recent a review is and if the reviewer bought the item on Amazon. It also analyzes reviews to verify trustworthiness.
Top reviews

Angela Buonfiglio
5.0 out of 5 stars Just great
Reviewed in the United States on January 12, 2005
Excellent writing and terrific story-telling. It's clear from this volume that women really trump men in sensual, to-the-core descriptions of the sexual experience.
Read more
5 people found this helpful
Helpful
Report abuse

Amazon Customer
5.0 out of 5 stars Dark but not depressing
Reviewed in the United States on February 7, 2002
This is one of my favorite erotica series. It is dark but not at all depressing. Actually Cara Bruce's story is one of my favorites along with Susan St. Aubin's. Ms. Sheiner does it again!
Read more
One person found this helpful
Helpful
Report abuse
See all reviews