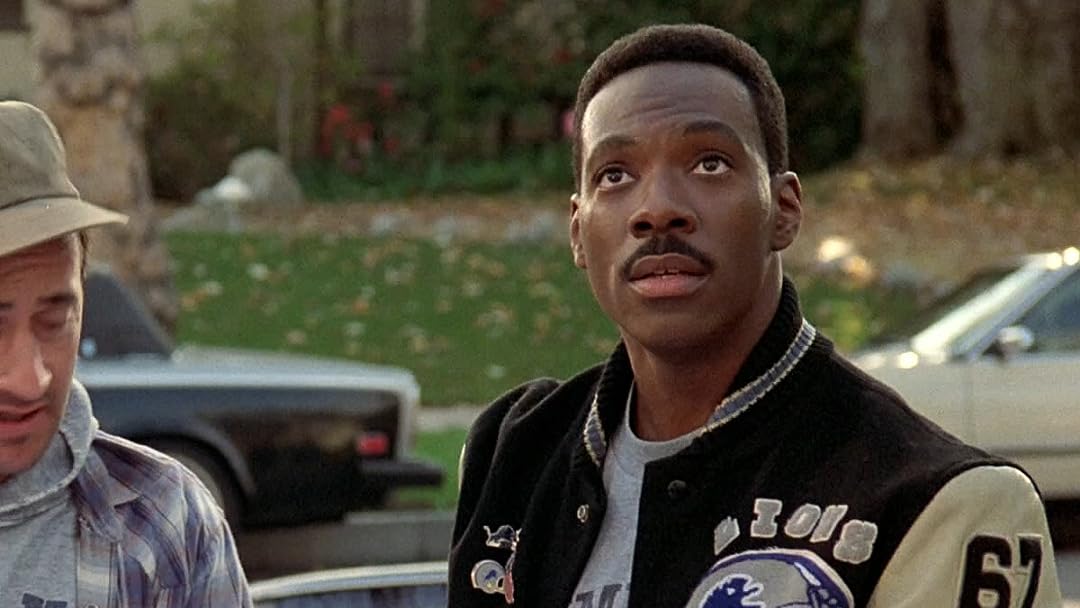 Miss NickieReviewed in the United States on April 21, 2019
5.0 out of 5 stars
Axel Foley Is At It Again.....
Verified purchase
"This is not my office!" "You're g*****n right it's not your office!" LOL! Trying to fool Inspector Todd with a fake interview and sneaking in his office to use the phone was too funny! Beverly Hills Cop II is just as good as the first one. Eddie Murphy is at it again as Axel Foley. This movie brings back memories for me of my mom watching it when I was a little girl growing up in the 80s. I think this is my first time watching it all the way through. Very funny movie with a great storyline. You can never go wrong with Eddie Murphy, most of his movies are pretty good anyway. I loved Gilbert Hill as the cursing Inspector Todd. Sadly, Hill died in 2016. Hill was an actual cop in Detroit for many years, also served as a councilman, and then president of the Detroit City Council. Hill was an excellent choice for the Beverly Hills Cop movie series and really helped make the movies a real success in my most humble opinion. Now I just have to watch Beverly Hills Cop III; I hope it's just as good as the first two!
3 people found this helpful

joel wingReviewed in the United States on March 21, 2021
4.0 out of 5 stars
Best of the 3 Beverly Hills Cop films
Verified purchase
Beverly Hills Cops was important because it was Eddie Murphy’s first solo lead performance. While he got to goof off a bit he largely played his role straight. Now that he was a bona fide star they just let him go. That meant he got to do little skits in almost every situation in the film. It wasn’t just him, Judge Reinhold also got more funny lines and the film was better for it. Even John Ashton got in the act. The result was the best of the three Beverly Hills Cop films.
4 people found this helpful

Films4LifeReviewed in the United States on March 5, 2016
5.0 out of 5 stars
Even better than the first classic
Verified purchase
I`ve been waiting for years for a U.S. blu ray release of this movie and was thrilled when I discovered this region free UK blu ray! I love the first Beverly Hills Cop and Im one of the few that loves part 2 even more. This blu ray has stellar video and audio. Its very disappointing and disrespectful to the late Tony Scott that Paramount skimped on porting over the extras from the dvd to the blu ray though. Why this doesn`t have a U.S. release is beyond me since the first one was released but I am just thrilled to finally have a quality blu ray of Beverly Hills Cop 2! Makes me wish that part 3 wasn`t so horrible even more now.
3 people found this helpful

Jerry FlanaganReviewed in the United States on August 3, 2019
5.0 out of 5 stars
The Police force trio find themselves at one of those Playboy mansion parties
Verified purchase
Love the opening feature song for this second installment into the BHC Franchise , "Shakedown", nominated 7 times that award season and walked away with 3 wins. Bob Seger killed it and the feature song still rocks today. Brigitte Nielsen just nails her part in the movie as second in command to the modern day mobsters. The movie scenes again focus on iconic locations within the Beverly Hills California area and the police force trio find themselves at one of the infamous Playboy mansion parties hanging out with Chris Rock, the bad guys, all the Playboy posse and Hugh Hefner himself. Good stuff for a Friday movie night!

Terry HawesReviewed in the United States on June 17, 2013
4.0 out of 5 stars
Good movie, great visuals!
Verified purchase
The second version of the Beverly Hills Cop series centres on the Alphabet Crimes, a gun smuggling ring, that Chief Bogomil is attempting to figure out. Unfortunately, the Chief is gunned down by the enemy and left in serious condition; thus, Axel Foley leaves Detroit to come out to Beverly Hills to check on the status of his friend.

I won't spoil the rest; however, I was impressed by whomever decided to cast Nielsen and Prochnow as the baddies because they were very believable. I was slightly disappointed with some of the shtick from Murphy as at times the movie was slightly over-improvised, but I enjoyed the scenes in the Strip Club and the Playboy Mansion.

I also have to give credit to director Tony Scott for the visual effects as they were stunning. Overall, the sequel is not as good as the original, but it is still a worthy movie for any collection.

Dannan TavonaReviewed in the United States on June 11, 2019
4.0 out of 5 stars
Eddie Murphy is back
Verified purchase
And so are most of the Beverley Hills cops from the first movie. In some ways this is a tad darker, but it still has the sharp edginess that the first movie had. Murphy's character is loyal to his friends, and when Ronnie Cox's character is critically injured, this is enough to draw him back to the west coast to put things right. Even if there are fewer laughs, there is plenty of solid action and acting in this film, and I consider it a worthy successor to the first film. Fire up the popcorn maker and have a blast from the past.

ChristinaReviewed in the United States on January 18, 2014
5.0 out of 5 stars
got what i ordered and got it on time
Verified purchase
Got it quickly and in time for Christmas and it was exactly what it was said to be. My SO is glad to have the one of the collection we couldnt find and now he can sit an watch them all back to back lol. The only thing I wasn't happy about was getting emails from the seller asking me to rate them 5stars (I've gotten 2 so far) but at the same time I understand the more higher ratings they get the closer to the top of the list they are. There was not tracking info for this item and being worried because of it being so close to Christmas that I wouldn't get it on time kinda sucked but I got it before Christmas and so everything was fine. Id recommend the seller provides tracking info for their shipments for people who may want to check the status of their order or perhaps they want to be home when the package may potentially be there. All in all I'd order from this seller again.
One person found this helpful

A Traveling ManReviewed in the United States on January 28, 2019
5.0 out of 5 stars
Only the Classics
Verified purchase
Nothing beats the classic Eddie Murphy I like part one but part two was always my favorite in the series of these movies. I’ve said it before and I’ll say it again the 80s in the 90s had some of the best movies compared to the crap today
2 people found this helpful
See all reviews
Back to top
Get to Know Us
Make Money with Us
Amazon Payment Products
Let Us Help You
EnglishChoose a language for shopping. United StatesChoose a country/region for shopping.
© 1996-2021, Amazon.com, Inc. or its affiliates