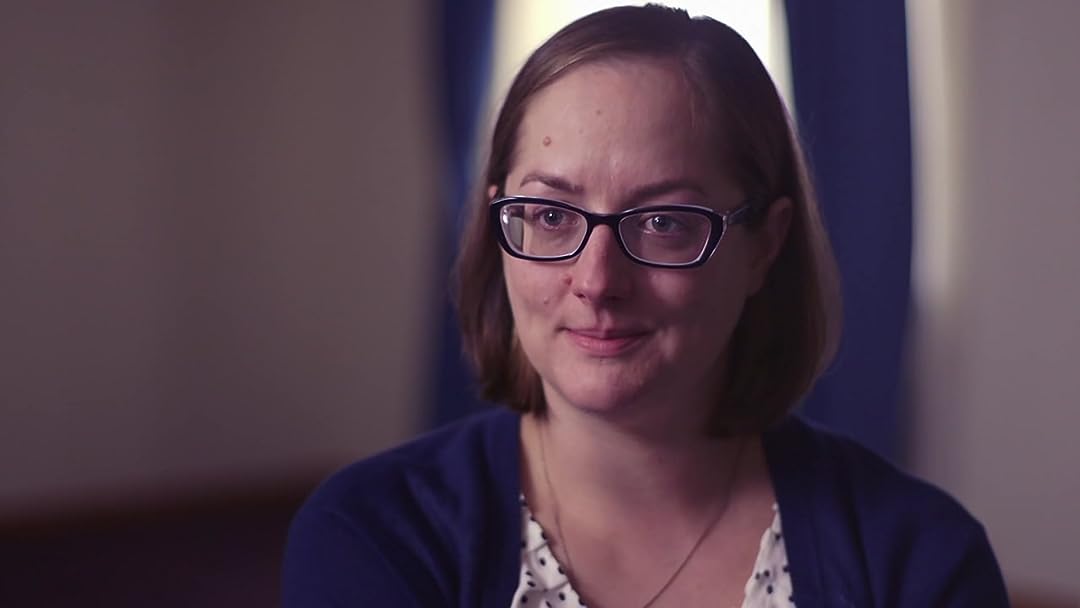 (483)
6.21 h 55 min201716+
This film takes a chilling look at the infamous case in which two 12-year-old girls in Wisconsin stabbed their friend 19 times, claiming they were paying tribute to the popular, fictional Internet legend 'Slenderman.'

Tripod7Reviewed in the United States on July 8, 2018
5.0 out of 5 stars
Frightening Future generations
Verified purchase
As my rating indicates,I agree with the people who found this to be very disturbing and thought provoking; people we are replacing ourselves in the lives of our children with materialism, such as gifts, lack of correction, and still spending to much time drinking, and partying ourselves while not paying much attention as to what is going on at home, and in the lives of our children. The result is spiritually and morally bankrupt children; and adults attempting to raise them. The parents of Morgan and the dad of Alissa; in my opinion are in need of psychological help; the dad of Morgan did try to insert some of the truth that they both had know about for years,not to mention their daughter herself trying to tell them since she was three about her unbalanced revelations;, but they chose to ignore it and left her to team up with another damaged spirit and have it result to this. There is a dark force out here and it wants the lives of you and me.. ..hence drugs, alcoholism, suicide, pornography, and most of all lack of true relationship with our creator. Its going after are children early and having great success.
We have to get our lives in order and save our children from this enemy; but some are so far gone we do not want to recognize that there is a problem because it gets in the way with the hell we are trying to maintain... and defending the lie with much vigor. Lets' get out of the DC comic movies and deadly sins series; and others- and allow our hearts an minds again to turn back to God. He is the only one who can take the scales off our eyes, and fill the void in our hears and minds.
17 people found this helpful

SundayAtDuskReviewed in the United States on July 15, 2019
4.0 out of 5 stars
Who Is The Monster Here?
Verified purchase
What happens when your 12-year-old daughter plots with a friend to kill one of their other friends, in order to appease an online fictional character? That’s what this film looks at, along with looking at the fictional character himself--Slenderman. For me, it was too much Slenderman. About half way through the documentary, I started fast-forwarding through the parts on him. I had gotten the drift of the Slenderman phenomenon, thank you.

What I found most interesting in the film was the focus on the parents of the guilty girls, particularly the father of one and the mother of the other. The parents of children accused of horrendous crimes so often stay silent in the background; unless they are offering profuse apologies for their children’s actions; or unless they are trying to explain how hard they had tried to get their children help in the past.

When a child commits a monstrous crime, many will think the parents must be monsters, or there was something monstrous going on in the family. The parents in this documentary seemed caring and loving, involved in their children’s lives, and totally blindsided by the crime. The only monster in the situation appeared to be Slenderman, and the control he had over the minds of the girls. Could that possibly be true? Or is it the internet, in this case, that’s the monster? A monster too many parents refuse to recognize as a very harmful creature in their household?

Unfortunately, the parents of the child who was brutally stabbed did not participate in this documentary. Any reason is understandable why they would not have wanted to do so. That made the film seem unbalanced, however. It was easy to worry while watching that one was forgetting those parents and their brutalized daughter, since one was concentrating so much on the two guilty girls and their parents. One was forgetting the horrible details of the crime, and all the emotional and physical pain it caused the child.

This documentary is dated with no epilogue that updates it. The judge decided both girls would be tried as adults, since he rightfully had concerns about them being released at the age of 18, if tried as juveniles. Both were sentenced to decades in a mental institution. The lawyers of one of the girls filed an appeal in January of this year, stating she should not have been questioned by the police without a parent or lawyer present. At the age of 12, she was not old enough to waive her rights, as police said she did.

P.S. It's hard not to think about the 1954 Parker/Humle murder case, that happened in New Zealand, when thinking about this one. That case involved two best friends, one 15, the other 16; who spent a lot of time in their own fantasy world; and who plotted to kill Parker's mother. The girls and the mother went on what was suppose to be a fun day trip, where they ended up in Victoria Park in Christchurch. There the girls attacked the mother, beating her to death with a brick. They were too young for the death penalty, and served only five years before being released. They were then given new names and both went to live in England. Neither ever committed a crime again. One went on to spend the rest of her life working with children, and the other one became a popular, prolific novelist. (See the video "Anne Perry: Interiors".) Neither married nor had children.

KoyoKoyoReviewed in the United States on March 15, 2019
1.0 out of 5 stars
Not a documentary but a Blair Witch Project ripoff
Verified purchase
I thought this was supposed to be a documentary? It's mostly just a collage of pictures and hoax videos featuring the slenderman character along with the occasional interview of the perpetrators' parents as well as people not even related to the case. It struggles nearly 2 hours to get to the point and shows little care for the actual victim of the crime. Two thumbs down for this snoozefest.
9 people found this helpful

Lawrence from HackensackReviewed in the United States on July 31, 2019
5.0 out of 5 stars
There are diagnoses and judgements that can afflict anyone
Verified purchase
Many American movie watchers struggle to avoid pondering the mysteries and terrors of mental illness, I suspect, because unlike zombies and vampires and aliens, people afflicted with psychiatric disorders of the magnitude the little girls in this film were afflicted with are part of our species. They are our children, spouses, friends and neighbors.

I, too, wanted them to be demons or monsters that could be dealt with in some Old Testament type of retribution, an eye for an eye, or fallen angels cast into a fiery lake. But this story isn't a moral lesson, or an entertainment to criticise for moving to slow or being poorly acted. This is a very rare glimpse into the private lives of real people with terrible, unwanted and irresistible conditions they simply inherited.

I found myself particularly moved by the humanity of the girl's father who, while struggling with his own schizophrenia, was wracked with guilt and sorrow, and love for his daughter, and clearly recognised that what she did was not her fault. This is an insightful, deep, loving human being worth admiring and emulating. He taught me more about mental illness, in this sensitively crafted film, than anything I've previously experienced. Much beauty went into this documentary.

I looked into the outcome of the legal proceedings against these two girls, and wept for them, and their victim, and the families. And the Court. And us.
2 people found this helpful

BegbyReviewed in the United States on January 24, 2021
3.0 out of 5 stars
Disheartening
Verified purchase
As a documentary, the specifics of the case are laid out well enough, if repetitively and without much genuine urgency (aside from the overly scary-movie musical score). As a tale of outsider kids going over the edge, it just made me sad; perhaps, ultimately, the internet will kill us all. As a depiction of legal and moral justice, it's ambiguously guilty of what eventually happened to the kids: railroaded by lousy small-town police work, a harsh and self-satisfied judge, and the utter social-control fixated mess of modern psychiatry and practiced psychology (no, schizotypy is not a diagnosis; no, the dad who self-diagnosed as schizophrenic should not be trusted; no, forced antipsychotic medication and decades-long institutionalization is not therapeutic). At the end, it fell flat and seemed to endorse the good kid/bad kids false dichotomy, and no system is questioned incisively or reasonably. America eats its young, after all.

rpsabqReviewed in the United States on May 10, 2021
3.0 out of 5 stars
A Horror-Documentary that sidelines the tragic story of three 12 year olds
Verified purchase
Using a tragic story of attempted murder by two 12 year olds, the film attempts to legitimize the presence of a boogeyman. Why they do this seems to be out of a sympathy for the knife-weilding defendant who attempted to kill her classmate while another watched. She did it becaue the boogeyman "told her to." Later, clinically diagnosed as a schizonprenic she believes the boogeyman is real and apparently the filmakers want you to put yourself in her shoes, imagine what believing in a real boogeyman might feel like and feel sorry for her and for her mental illness. Ultimately, the film fails in this regard and the viewer is relieved when the judge tries them as adults.

Amazon CustomerReviewed in the United States on September 2, 2018
4.0 out of 5 stars
it can't be everything to everyone
Verified purchase
this story is deep and complicated and there are so many parties involved. it could have been a three part series if the creators were out to cover all angles and please all audiences. i think it was important to cover slenderman to that degree bc a lot of people have no idea who he is and how engrossing/bewitching the internet can be. regarding the court ruling - sometimes that stuff takes years to sort out, and i think thats easy enough to google and understand after watching the movie.

Sharmaine K. NelsonReviewed in the United States on April 12, 2021
1.0 out of 5 stars
BORING ZZZZZ
Verified purchase
Didn't finish it - boring documentary. I will I could get my money back. Read it on Wikipedia - it's free.
One person found this helpful
See all reviews
Back to top
Get to Know Us
Make Money with Us
Amazon Payment Products
Let Us Help You
EnglishChoose a language for shopping. United StatesChoose a country/region for shopping.
© 1996-2021, Amazon.com, Inc. or its affiliates