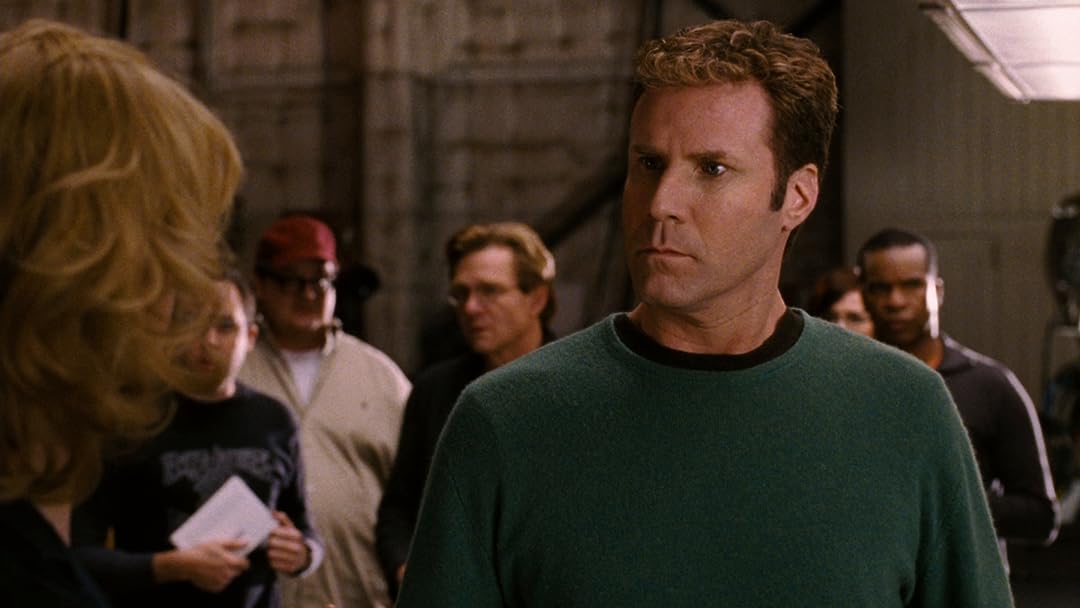 (1,461)
4.81 h 42 min2005X-RayPG-13
Oscar(r)-winner Nicole Kidman and wickedly funny Will Ferrell star as actors playing Darrin and Samantha on a remake of the television show "Bewitched" in this cleverly crafty comedy from director NoraEphron.

traveler77Reviewed in the United States on January 3, 2019
5.0 out of 5 stars
Bewitchingly Cute
Verified purchase
Some people really ranked on this film but I think some people fail to see something for what it really is without comparing it to the original. This film is NOT a remake of the Bewitched show with Elizabeth Montgomery. It is a film in which a contemporary Hollywood producer and actor decides to re-make the television show from the 60s and is very clean, cute and entertaining. Nicole Kidman stars as Isabel Bigelow, a real-life witch who wants to live a normal non-magic life. She is approached by Jack Wyatt (Will Farrell) to star as Samantha in the Bewitched show he is producing. Filled with fun twists and appearances by Michael Caine as Isabel's father, Shirley MacLaine, Heather Burns, Kristen Chenoweth and Steve Carrell this film is magical if you give it a chance. It's nice to see Kidman in a light comedy role for once.
18 people found this helpful

ChrisSherrillReviewed in the United States on September 17, 2020
2.0 out of 5 stars
Lame
Verified purchase
This “Bewitched” remake was very disappointing. I loved the original and I loved Elizabeth Montgomery. I so wanted to like this. Nicole Kidman is a letdown. Is she trying to fill Elizabeth Montgomery’s shoes? That’s not possible. She should be putting her own mark on the role. Instead she is playing a giddy, stereotypical blonde – the type that fostered all the blonde jokes. I have never been a fan of Will Ferrell, so my critique of him may not be totally fair, but his acting (overacting) is tiresome. Gosh, even Shirley MacLaine and Michael Caine are performing below par. Did someone cast an evil spell on this remake? Elizabeth Montgomery must be turning over in her grave. If you remember fondly the original series, think twice about viewing this movie. It’s a letdown.
8 people found this helpful

ABS123Reviewed in the United States on September 28, 2020
2.0 out of 5 stars
What went wrong?
Verified purchase
I was excited about this new version of the original story of "Bewitched" with this new cast because of Nicole Kidman. But they turned the original screenplay on its head with this new plot. The movie's plot is now about making a TV series of the original TV series so the plot becomes convoluted and messy. The confusion and fakesness runs galore everywhere and what is left of the plot comes across as contrived. The scenes are chaotic where it is hard to imagine how the actors could perform. It is no wonder the performance of the big-name actors falls miserably flat. The redeeming part for me was Nicole Kidman's performance as she seemed to talk and act like Marilyn Monroe. But even that was not enough to keep me glued to the end and I had to cut and run in the middle.

I do not recommend this movie to anyone because of its poor screenplay, bad directing, corny music and mediocre acting, but the biggest culprit by far is the screenplay.

Phil Boyd StudgeReviewed in the United States on October 19, 2019
2.0 out of 5 stars
Kidman can't save this deflating retro balloon
Verified purchase
Half the cast is great. There is a half-solid rhythm-section of supporting characters that struggles to achieve balance. Half the cast is not. Generally not a fan of Steve Carell, but his take on Paul Lynde as Uncle Arthur was very good. Efron should stay away from directing or selecting sound track music.
12 people found this helpful

Gerry C.Reviewed in the United States on January 27, 2019
1.0 out of 5 stars
Terrible
Verified purchase
Was hoping for some entertainment- with this big star cast. Watched one hour and refused to finish, nothing entertaining! Glad i didn't pay outright for this junk.
15 people found this helpful

joel wingReviewed in the United States on October 10, 2021
2.0 out of 5 stars
Will Farrell's rants and breakdowns is the only good thing about this movie
Verified purchase
Bewitched was one of a number of films made based upon the nostalgia of Hollywood producers for TV shows they grew up watching. Just like the original this is a light hearted family comedy. That means the jokes are very tame. Despite that Will Farrell as Darren is able to bring some of his magic to the screen like when he has fits and acts like a man child Farrell’s specialty. In fact, Farrell’s little rants and breakdowns is the only appealing part of this movie which falls flat otherwise. I didn’t care about Nicole Kidman as Samantha struggling not to be a witch, be on the TV show or the romantic comedy she had with Farrell.
One person found this helpful

B. ChandlerReviewed in the United States on September 23, 2020
2.0 out of 5 stars
A film by Nora Ephron – will Nora be able to live this one down?
Verified purchase
The basic story is that Jack Wyatt a washed-up movie actor needs a new angle and decides it is television. Everyone settles on re-activating “Bewitched.” Now he needs a Samantha and by accident picks the real thing (a witch).
You could guess the rest.

Everyone tried too hard. It was not uniquely anything except maybe noting.

Will Ferrell is generally not good at anything; in this case, he does his best at being annoying. Nicole Kidman is too cute at being cutesy. Only Michael Caine seems to hold it together. That is what there is to hold together.

You do not even feel like kibitzing and will be glad when it is over.

Edward BReviewed in the United States on November 8, 2020
2.0 out of 5 stars
Mostly felt like fanfare
Verified purchase
I had never seen the original bewitched television show, so perhaps I am missing a ton of context about why things are the way they are, but without having watched the original show, things didn't make a ton of sense. Throughout the movie, the abstract idea that she would be going back to her 'home' was thrown around. However, despite that being mentioned they never really explained any back story beyond her randomly showing up and renting an expensive home. However, the movie felt it had time to spend 10 minutes on a series of scenes that would end up having a 'rewind' set on them and an odd B plot with her father. Overall, this movie felt like it was trying really hard to appeal to original fans by the number of times it showed scenes from the show, but for those who never saw it, you'll be left scratching your head about why they gave no backstory but focused on pointless side stories.
See all reviews
Back to top
Get to Know Us
Make Money with Us
Amazon Payment Products
Let Us Help You
EnglishChoose a language for shopping. United StatesChoose a country/region for shopping.
© 1996-2022, Amazon.com, Inc. or its affiliates