Beyond the Beachhead: The 29th Infantry Division in Normandy and millions of other books are available for Amazon Kindle. Learn more
Share 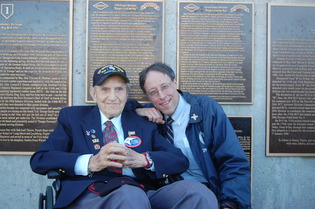 4.7 out of 5 stars 116 ratings
See all formats and editions
Sorry, there was a problem loading this page. Try again.
Previous page
Next page

Start reading Beyond the Beachhead: The 29th Infantry Division in Normandy on your Kindle in under a minute.

4.7 out of 5 stars
4.7 out of 5
116 global ratings
How are ratings calculated?
To calculate the overall star rating and percentage breakdown by star, we don’t use a simple average. Instead, our system considers things like how recent a review is and if the reviewer bought the item on Amazon. It also analyzes reviews to verify trustworthiness.
Top reviews

Drew Sullins
5.0 out of 5 stars An Army colonel's take
Reviewed in the United States on August 24, 2018
Verified Purchase
Joe Balkoski's "Beyond the Beachhead" is a masterpiece plain and simple. It tells the amazing story of the 29th Infantry Division's mobilization, training and participation in the Normandy campaign to include landing on Omaha Beach on D-Day. Balkoski masterfully relates the 29th Division's preparation for and adaptation to combat, which has a number of key lessons learned, particularly for those in the profession of arms. It a story of courage and leadership. General Norman D. Cota being one example. As a general, he doesn't get the credit he deserves for leading troops off of Omaha Beach under intense fire or personally showing a rifle platoon he came across how to take a house the Germans had turned into a strong point by devising a plan and leading the effort. Balkoski tells stories of leaders of all ranks who displayed great personal courage and also addresses leaders who showed both superb and poor judgment. I found the book to be very readable and great history. Balkoski has become America's leading D-Day historian and if you want to know what the beaches were like in that operation and the Normandy campaign that followed, this is an excellent place to start. COL Drew Sullins, U.S. Army
Read more
8 people found this helpful
Helpful
Report abuse

John E. Larsen
4.0 out of 5 stars Battle in Normandy
Reviewed in the United States on March 25, 2015
Verified Purchase
Balkoski has written a very readable account of the 29th Division in its battles on Omaha Beach and the hedgerows before St. Lo in June 1944. The 29th was a National Guard division, comprised of men from Maryland, Virginia and Pennsylvania. With the ramping up of the United States military after Pearl Harbour it was taken onto Federal service where it was given a regular army commander, brought up to strength and extensively trained. It was then sent to England to strengthen the Allied forces available there. In the end it was very fortunate to get three years to train and meld before one of the most extreme combat baptisms imaginable.

The landing in D-day are now legendary. While there were five beaches altogether and all had their challenges, Omaha Beach was the one where the most things went wrong for the assaulting force. Balkoski relates all this quite well. Obviously some features are well known, certainly to anyone who has seen ‘Saving Private Ryan’, yet there is some new material amongst the detail. There were a host of tragedies and near disaster but in the end, the determination of the survivors and fortuitous flaws in German dispositions saw the Americans win the day.

That of course wasn’t the end of it. The Battle for Normandy was far more than getting off the beaches of course. Ultimately, though much later than they should have, significant German forces entered the fray against the invasion force. On the 29ths front, these included the 3rd German Parachute Division. One of the strengths of this book is the look at the formations that opposed the 29th. The difference in doctrine, weapons, organisation and commanders are all given a good examination and these compounded the inherent difficulties of conducting attacks in the Bocage. These actions constitute the majority of the book. In the end, despite staggering casualties the 29th won through to St. Lo. Its later battles are covered in subsequent books by the author. Incidentally, he also is about the only writer to be supportive, if in a qualified way, of the US replacement system.

This is a solid, informative account of battle in Normandy. Balkoski utilises many first-hand sources to tell the 29ths story. There is obviously a focus on the division’s commanders but there are accounts by other ranks too, though less than I expected. Another curious note was an absence of any mention of the 29th Provisional Ranger Battalion that was raised and trained while the division seemingly languished in England. After its disbandment, several hundred trained Rangers returned to their parent units and gave them a very useful combat edge. Little things like this helped the 29th to prevail. The American army of WW2 is often thought of in terms of the paratroops, the Marines or fleets of Sherman tanks. The backbone of its fighting force though was formations like the 29th. This book is a valuable text towards understanding their contribution to victory in WW2.
Read more
7 people found this helpful
Helpful
Report abuse

don't have a witty username
4.0 out of 5 stars 29th Division from D-Day to Falaise
Reviewed in the United States on December 4, 2016
Verified Purchase
Entertaining read. When trying to tell this kind of story very detailed maps are necessary to illustrate the detailed descriptions, but there are no such maps. Even the most detailed maps lacked elevation details, only the major rivers & roads. Including enough detailed maps might have doubled the number of pages. When the Krauts attempted to anchor the right flank of their attempt to counter Operation Cobra the author didn't reveal any details on how many & what types of Kraut tanks the 29ers had to face. While the author didn't editorialize if all the items within quotes attributed to Uncle Charlie Gerhardt are true he was clearly a despotic jerk who cared not one whit how many casualties were incurred as long as he could kiss up to his superiors. I got this same feeling about Col. Sink from reading Band of Brothers.
Read more
One person found this helpful
Helpful
Report abuse
See all reviews

'Eclaireur'
4.0 out of 5 stars An excellent read for those interested in the Normandy campaign
Reviewed in the United Kingdom on October 3, 2016
Verified Purchase
An excellent read for those interested in the Normandy campaign, US Army, or just military history more generally. The 29th was a National Guard Division of part timers mobilised in and around Washington DC (i.e. mainly in Maryland and Virginia) and yet it went to war on D-Day in one of the very worst places imaginable (Omaha Beach), alongside a seasoned regular division, the 1st Infantry. Their sufferings during the weeks following 6th June were enormous. The author recreates life in the division vividly, as it is thrown forward by generals with little regard to casualties. By the time it reaches the outskirts of Saint Lo, the division was contending with German paratroopers, though few of the infantry who landed on D Day several weeks earlier are still fighting in its ranks.
Balkoski interviewed many veterans while there were still dozens alive and drew on their written accounts and other official documents. His prose is vivid and effective and I would recommend this book highly.
Read more
Report abuse

Otooleg
5.0 out of 5 stars A moving account of what must have been hell on earth.
Reviewed in the United Kingdom on October 2, 2016
Verified Purchase
A well researched graphic account of the battle for Normandy through the eýes of the people who were there. Detailed in every way this is well written and deserving of your attention.
Read more
One person found this helpful
Report abuse

Ivanhoe
4.0 out of 5 stars Good accounts, lacks battle maps
Reviewed in the United Kingdom on February 2, 2017
Verified Purchase
A good read with many good accounts of the fighting in Normandy. The only weakness from a war gamers point of view is rhe lack of maps of the actual battles.
Read more
Report abuse