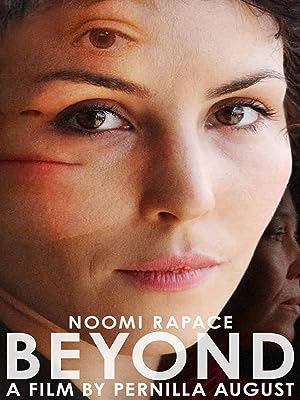 (16)
7.01 h 35 min201118+
A poignant drama in which Leena NOOMI RAPACE (PROMETHEUS, PASSION)is forced to deal with her past to be able to move on. An acclaimed debut by Pernilla August.

The Cool GuyReviewed in the United States on December 11, 2017
5.0 out of 5 stars
It's Good
Verified purchase
I watched this because as a Noomi Rapace megafan, I feel the compulsive need to watch all her movies. My only complaint about this particular movie would be "not enough Noomi". She's in about half the movie, maybe less. Maybe even just a third. At least it feels that way.

The rest is told in flashbacks as life growing up with an abusive, alcoholic dad. It was pretty poignant, because it seemed like a realistic portrayal. I've known families and parents like that, so that was totally believable. The actress who played a young version of Leena also did a great job. I remember she was also in "The Girl who Played with Fire", so it's nice they used the same actress for young Noomi.

One thing about this that felt odd was there was really good chemistry between Noomi Rapace and Ola Rapace. Onscreen, they made a great couple. It's too bad they couldn't work things out in real life, for whatever reason. I just couldn't help thinking about that while watching those scenes. It makes me curious about what happened privately between them, though it's none of our business.

IGReviewed in the United States on September 1, 2014
3.0 out of 5 stars
pretty accurate of life with alcoholic parents
Verified purchase
pretty accurate of life with alcoholic parents. Its shows how our up bring influences and shapes the people we become.
3 people found this helpful
See all reviews
Back to top
Get to Know Us
Make Money with Us
Amazon Payment Products
Let Us Help You
EnglishChoose a language for shopping. United StatesChoose a country/region for shopping.
© 1996-2022, Amazon.com, Inc. or its affiliates