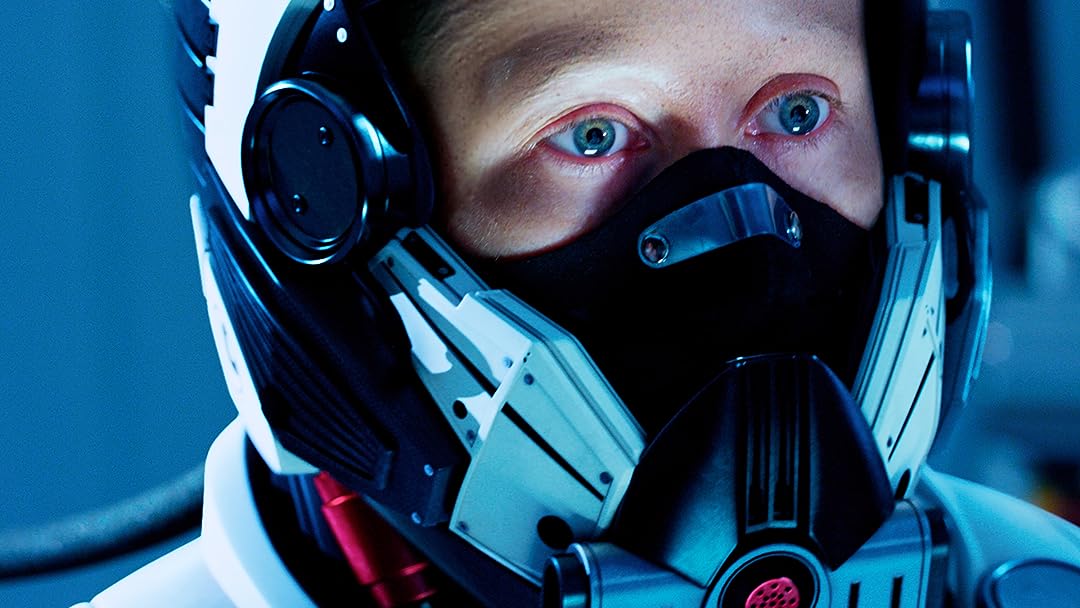 (698)
1 h 31 min2018X-Ray13+
After observing an anomaly in space, scientists transplant human brains in to synthetic bodies and send them through the wormhole.

Jared RossReviewed in the United States on May 17, 2020
1.0 out of 5 stars
Liberal Propoganda Hidden in a Fake Sci-Fi Documentary
Verified purchase
The movie is shot entirely in documentary/found footage fashion with the whole story being narrated. Nothing but liberal propaganda in a documentary format movie. It is not what I consider a movie. This was just a made up Sci-Fi documentary about climate change and how humans are bad. Lets not forget the Robocop impersonation with the transplanting of a human brain into a machine body. Just not my cup of tea.
228 people found this helpful

E. J. CunninghamReviewed in the United States on May 16, 2020
2.0 out of 5 stars
Well Done Film School Preaching
Verified purchase
VIrtue signaling, again. What is it with the British need to preach? Funded by oligarchs in government? The surprise, that the alien forces were here to help was nice, but then the preaching started. Good thing the aliens saved us and gave us a bonus because idiot humans will ruin earth. Yadda Yadda. You can turn it off after the meteor shower, was inexplicable so never explained. I thought the aliens caused it. There was an attempt at a story and it may please many, but it was actually a faux documentary that skipped right through focal matters. I love the part where the elite glibly tell us they lied to humans to cover up what, I guess, we couldn't handle. Then, lied to families of astronauts by telling the families the person was dead. This acceptance of "squealor" from ANimal Farm is another premise often posited in British films. It is ok to con the people, have MI5 destroy a politician for the greater good. Etc. Oceania and all that.
110 people found this helpful

MichaelReviewed in the United States on May 18, 2020
1.0 out of 5 stars
Too much stock footage, terrible acting!
Verified purchase
What can I say...PC!

Director/Producer got carried away with stockfootage. Stupid terminology like invisible wavelength, invisible force, like for a 30's Flash Gordon movie.

Tried to do it like a documentary. This movie ain't no "District 9" or even close!

Not realistic. Lack of understanding of basic principles of space travel and science as far as that goes, i.e., ain't no "Interstellar".

Lots of inconsistencies...take a book to document them all, i.e., Welsh mom & Scandinavian daughter, father an officer but insignia non-commissioned officer, list goes on...

F. GreenleeReviewed in the United States on July 16, 2018
4.0 out of 5 stars
Worth watching, if only for this one reason...
Verified purchase
This is one of those rare entities: a scifi movie (or for that matter a movie of virtually any genre) that delivers a positive, hopeful message. Given that almost all media these days seems designed to make us believe that humanity is hell bent on self-destruction, I consider that a major plus. If we do indeed create our reality (a fact that should be self-evident), isn't it about time we start thinking about how to create a desirable reality, rather than endlessly dwelling on the worst of mankind's deeds and motivations?
65 people found this helpful

Mr. FrodoReviewed in the United States on May 22, 2020
5.0 out of 5 stars
You need to read this before you watch this...
Verified purchase
I am truly baffled. So many movies come out these days that are so lame and so predictable that I get upset having to pay to go to a theater and I’m generally glad I only paid to do a rental or waited until it came to Netflix or HBO.

This does not appear to be a big budget film but there are some nice little special effects that I was impressed with. THIS IS A STORY. There are actors in this you’ve probably never seen before. But the storyline and the twist is just incredible! It’s this kind of film that should’ve gotten a much larger budget and support because it tells an awesome story, yes it is slow throughout up until the climax of the film but it is worth every minute to watch it. Trust me on this, don’t watch any spoilers just sit through it. I was so impressed and so pleased with the story as it was told because the climax of the film has never been told in any movie I’ve seen. People that say this was predictable are full of shit. I am a sci-fi buff and I’ve watched everything, I’ve never seen a sci-fi movie take this turn. It’s unpredictable. And the ending didn’t leave you hanging like so many movies do that only rely on the film’s climax.

Most movies are carried by good actors with lousy writers. I don’t have any criticism for the actors in the film, this film is carried by great writing. If they would’ve put A-list actors and a big budget this would’ve been a box office Smash.
33 people found this helpful

tree ratReviewed in the United States on May 25, 2020
1.0 out of 5 stars
British documentary about a gold rush into space
Verified purchase
It's the year It doesn't matter as time and space are too ambiguous for the audience to comprehend. The movie opens with an event happening (2001). Somehow with all the over-population we've managed to create cyber-men (Dr. Who) who will go where no cyber-man has gone before (minus one star). The director has decided upon a documentary format (minus 1 star).
Let's talk about over-population. The Earth is huge, enormous, gigantic, and beyond human comprehension in size. Take a look at Google Earth sometime. Zoom in on a random square of land in South America and you won't see any population. No, humans have not populated every square inch of the planet. So we're not over-populated. (minus one star) There is not be enough toilet-paper on Amazon to wipe all the rear-ends of the human race. There is enough food to feed every hungry mouth. (minus one star)
The acting is well done by the actors and actresses (Plus one star).
(Spoilers)
Over analysis of the plot states that it's cheaper to send a Trillion-Pound $$$ machine man through a magic McGuffin tube than it is to send an over-populated planet of potential astro-noughts (joke). This idea of cyber-men is made pointless after 3/4 of the movie has played out (minus one star). An MIA soldier is explained with magic. (minus one star) At the end of the movie, the cyber-men have taken over a new frontier. Humans are just sitting around waiting for a good movie. But this isn't the movie you are looking for.
27 people found this helpful

Robert A. DaltonReviewed in the United States on March 18, 2018
4.0 out of 5 stars
A hardcore and intelligent science fiction film
Verified purchase
If you want your typical fast paced action oriented science fiction or alien invasion film then this is NOT it. This is a documentary style, hard core, very intelligent science fiction film along the lines of the 2016 film "Arrival" or 2013 "Europa Report" and other similar first contact films of the past (2001, 2010, etc). While given a "Not Rated" rating, I can tell you from watching this that it is at most a PG-13 film. There is no sex or nudity, no graphic violence or gore, no drugs and no strong language. Why PG-13 then? There is a brain surgery scene which doesn't linger to long and young children will probably be bored with his film and not be able to understand it however. There are times that the film pacing is rather slow but I rather enjoyed it nonetheless. Recommended for all you hard core intelligent sci-fans out there!
65 people found this helpful

Jeff StormReviewed in the United States on May 25, 2020
1.0 out of 5 stars
Disappointing
Verified purchase
I love Science Fiction, but I really don't know where to even classify this thing. Conceptionally, the Cyborgs (Human 2.0) were fairly thought out. The level of tech was marginal, I have worked in the Aerospace field for over 45 years as second generation Space Program, my father on the Apollo and myself on the Space Shuttle. This seemed to be Scifi meets Chick Flick, Meets New Age.

Undeveloped Characters, plotlines with holes big enough to send an aircraft carrier through.... and the ending seemed overcome with the elements of a Video Game without the Action. Being derivative of too many genres without executing any of them with success. The minimalist music was lacking in any underlying depth adding to the disappointing experience.

Overall, a nice concept ruined by horrific execution on every front.
19 people found this helpful
See all reviews
Back to top
Get to Know Us
Make Money with Us
Amazon Payment Products
Let Us Help You
EnglishChoose a language for shopping. United StatesChoose a country/region for shopping.
© 1996-2022, Amazon.com, Inc. or its affiliates