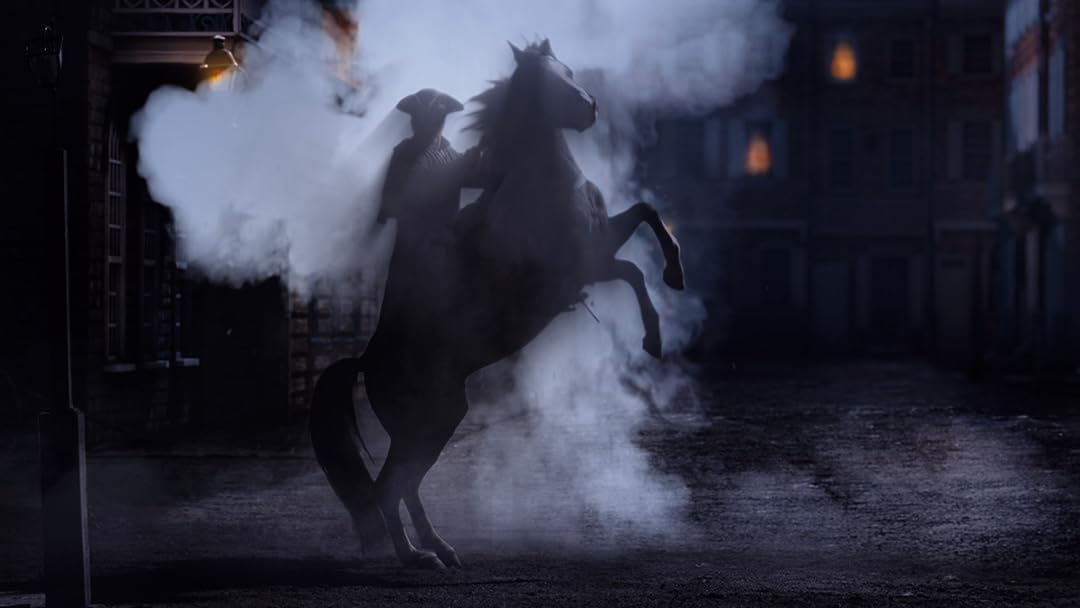 (1,416)5.11 h 45 min2015X-RayPG
The chief mercenary for the British East India Company has made his way to the American Colonies. Working to redeem his name, William now hides behind a mask in hopes of thwarting his former employer.

TheElliott’sReviewed in the United States on May 16, 2020
5.0 out of 5 stars
Great Family Film Great Message!
Verified purchase
We really enjoyed this movie. My guess is that the negative reviews came from intolerant people who cannot allow Christians to believe what they want. They say the name of Jesus ONCE in this film though in other films they use the name of God and Jesus in a derogative way and many people are 'ok" with that. SO it's only okay to say Jesus when you are using it as a curse word? Yikes. That hypocrisy. The message of redemption is great because initially the main character seeks redemption through his OWN works only to realize that true redemption isn't earned, it's given as a gift. Great message! Great Film.
91 people found this helpful

TigerlillyReviewed in the United States on June 27, 2020
3.0 out of 5 stars
Easy on the eyes and brain
Verified purchase
Super chaste and earnest romance, combined with action, and set in a historical fiction, with a little sci-fi thrown in.

Pros:
Beautiful sets/scenery, cinematography, and costumes. Stay tuned for the closing credits, which feature some cool ink drawings, and factoids which, (I assume), inspired this story.
Simple to follow story; easy on the brain. Engagingly told. Good pacing.
Acting was good. The darker elements of the story were toned down by the lightly played acting. There are no huge emotions or drama; it's not played for reality. (For example: Some emotional reactions are not equal to what they would be in real life. And there is killing, but you never see the knife or bullet go in; there are no graphic depictions of blood or gaping wounds.) This is family fare. (Much more so than Pirates of the Caribbean.)

Cons:
Heavy-handed Christian talk the last 1/4 of the movie which, really takes you out of the story, and makes you realize you're being preached to instead of being told a story. It's a little annoying and childish. I hadn't even realized it was a "Christian" film until then (apparently, some reviewers find this a negative); although the lack of swearing might have been a clue. However, it didn't destroy my overall impression of the film.

Overall:
A pleasant way to spend an evening when you don't want anything too mentally taxing.

J.T. KykerReviewed in the United States on September 1, 2015
5.0 out of 5 stars
Well made movie with Christian themes
Verified purchase
I saw this movie at a local theater expecting greatness and was not disappointed! Although it is a low(ish) budget production, it is well scripted and filmed, more than making up for the moderate visual effects.
The plot follows William Reynolds (Andrew Cheney), a man who was, until five minutes into the film, an assassin for the East India Trading Company. Deciding to resign, Reynolds makes himself the enemy of a powerful man: his former employer (John Rhys-Davies), a ruthless businessman who will stop at nothing to carry out his evil plans. While on the run, things change when Reynolds meets a beautiful woman (Kara Kilmer) who knows nothing of Reynolds' violent past.
While being a clean, enjoyable film containing Christian messages and themes, the acting and production were of higher quality than most "christian" movies out there. I would recommend this as a perfect family night film.
166 people found this helpful

MattieReviewed in the United States on August 14, 2020
1.0 out of 5 stars
Did a 12 year old write and/or direct this ?
Verified purchase
Storyline - trite and over done - only good for Y/A

Filming - ok to horrible in the spot of backlighting the rearing horse ....

I was shocked at how low quality the overall film was.

COSTUMING was GREAT - and knocked it out of the park.

B. WilliamsReviewed in the United States on September 1, 2015
5.0 out of 5 stars
Very well done. I have to have this in my movie collection!
Verified purchase
Saw this movie in the theater when it first came out. It is an outstanding movie for being advertised as a "christian" movie. This movie has the look and feel of a "Pirates of Caribbean" movie. VERY well done. I do not BUY very many movies. I will buy this one!
99 people found this helpful

KimberlyReviewed in the United States on April 6, 2016
5.0 out of 5 stars
Beyond the Mask is Beyond Excellent!!!!!
Verified purchase
My entire family, including all six children, LOVED this movie!!!!!!! The characters (who had better British accents than most Hollywood actors/actresses) were very well developed, and the storyline had us interested the entire time! I have to say I forgot this wasn't a Hollywood movie while I was watching it.

While they don't necessarily "talk" about Christianity a lot, the theme of redemption is throughout it's entirety, until it is brought to a very clear climax toward the end of the film. If you haven't realized this until that point, you understand that the main character has been trying all along, by his own works, to redeem his name. He then realizes and accepts the fact that only Christ, who has already done the work of redemption for him, can give him the new identity he has so desperately and futilely sought after. IT'S AN AWESOME MOMENT!!!

I would HIGHLY RECOMMEND this movie to anyone!!!! I hope the Burns family makes a sequal!!!!! Just a side note...my 4-year-old wants to be William Reynolds for Halloween!!! :-)
47 people found this helpful

Amazon CustomerReviewed in the United States on September 13, 2020
2.0 out of 5 stars
Simplistic Script. Cringe worthy music timing.
Verified purchase
In the interest of fairness, I could not finish this movie.
The story is simple, and I've seen it before. X company owns Y assassin a lot of money. At retirement, assassin is betrayed instead of paid with the contracted/agreed upon reward. Assassin survives the betrayal. Drama ensures.
I'll tabulate my reasons for such a low score.
1. Supporting actors, all of them, are flat and have no real background. Their interaction is fleeting, vague, or vacuous.
2. The audience has no time to gauge the quality of the love interest in the story. She is pretty, but that's it. We are not given onto conversations that could enrich our sense of her. This is an extension of #1.
3. Women have a certain lack of brilliance in their speech and manner that bores me. This becomes painfully apparent in the love interest of the protagonist.
4. There is a moment, an event, of such brutal, god-smacked coincidence that it pierces my disbelief.
5. In lieu of conversation, the audience is given over to a series of montages with music that, instead of enhancing, adds hokey melodrama to an already dramatic story. It's the equivalent of telling a story instead of showing a story, but in the cinematic medium.
6. The story uses Benjamin Franklin in painfully inaccurate ways, including an electric generator that has Marvel Universe type of lightning effects... with inspiring, super-melodrama music.

I give it a two, because the cinematography, the images, and the general look of the sets were intriguing. Sadly, this movie lacks substance in the extreme. It lacks an exploration of humanity in any of its forms.
6 people found this helpful

RavenSkiesReviewed in the United States on August 5, 2020
1.0 out of 5 stars
Garbage, total garbage
Verified purchase
Absolute contrived garbage with a message shoved so far down your throat you could choke on it. Gags.
Bad acting, terrible story, ridiculous concept.
I wish the description had been better, I could have avoided this piece of offal altogether.
9 people found this helpful
See all reviews
Back to top
Get to Know Us
Make Money with Us
Amazon Payment Products
Let Us Help You
EnglishChoose a language for shopping. United StatesChoose a country/region for shopping.
© 1996-2021, Amazon.com, Inc. or its affiliates