Beyond This Moment (Timber Ridge Reflections Book #2) and millions of other books are available for Amazon Kindle. Learn more 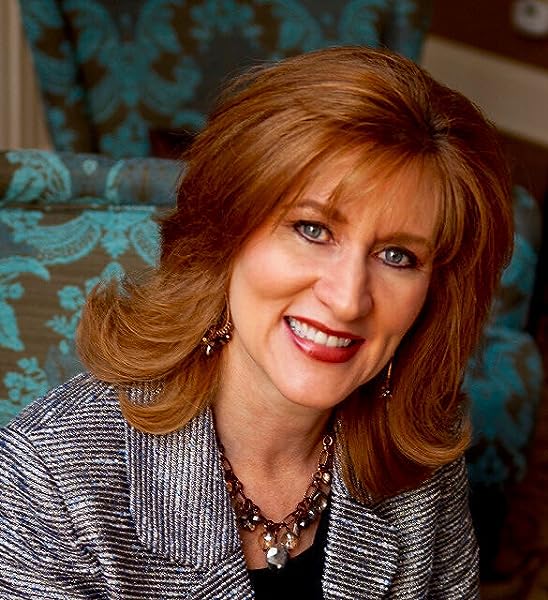 by Tamera Alexander (Author)
4.8 out of 5 stars 278 ratings
See all formats and editions
Sorry, there was a problem loading this page. Try again.

"Room to Breathe" by Liz Talley
A funny, emotional novel full of southern charm about a mother and daughter ready to start over. | Learn more

Page 1 of 1 Start overPage 1 of 1
Previous page
Next page
Start reading Beyond This Moment (Timber Ridge Reflections Book #2) on your Kindle in under a minute.

4.8 out of 5 stars
4.8 out of 5
278 global ratings
How are ratings calculated?
To calculate the overall star rating and percentage breakdown by star, we don’t use a simple average. Instead, our system considers things like how recent a review is and if the reviewer bought the item on Amazon. It also analyzes reviews to verify trustworthiness.
Top reviews

Susan Cronk
4.0 out of 5 stars Overall a compelling story, but with some limitation.
Reviewed in the United States on January 28, 2017
Verified Purchase
The author has done a good job of crafting interesting characters, and I was pleased by the fact that she created her two main protagonists with strong natures and introduced them early in the story. The imagery she creates of the people of Timber Ridge, the town where Dr. Molly Whitcomb is to settle and carve out a new life, helps frame the overall story nicely. There's a lot going on and that always results in diverse tensions. Likewise, she has created vivid descriptions of the location that will help readers feel a part of the place.

One disappointing factor I find in the book, and it is a common characteristic in romance novels of nearly every kind, is the depth of insecurity that otherwise strong characters have, and the the need of the storyteller to reiterate it over and again throughout. The author should trust the reader to remember the character's dilemma from the first introduction of it, and keep the story moving forward. Too often, those doubts and fears become a stumbling block, to the character and the progression of the story.

I'm giving it four stars because it has a decently-crafted story line, as well as limited mild violence, no explicit scenes, and no profanity. Far too many books today include the latter three characteristics, which undermine the story. The lack of these traits is not surprising, considering it is published as Christian fiction and by Bethany House Publishers, who seem to be sticking to a stricter standard with respect to the stories it publishes. I definitely would recommend it to other folks I know who enjoy historical romances, particularly those with a western-type theme underlay.
Read more
6 people found this helpful
Helpful
Report abuse

M. Palmer
5.0 out of 5 stars GREAT!!!
Reviewed in the United States on May 5, 2016
Verified Purchase
Dr. Molly Whitcomb finds herself starting over after a scandle with her co-worker where she ends up pregnant. She was told she no longer had a job at the University, but her boss helped her get a job out West where nobody knew her and she'd be teaching school children. But Timer Ridge wasn't ready for the likes of her. She arrives stating she's married, then when she learns her job's in jeopardy, she announces she was recently widowed. But she cannot hide her secret growing inside her for long, and she can't hide the truth - that she was never married to her baby's father.

As Molly gets to know the people of Timber Ridge, she desires to help the Italian and half-breeds. She is frowned upon for doing it and a couple of the men in town are down-right men to her. But the one man she can count on is the town's Sheriff - James McPhereson. In fact, as she spends time with the good, handsome sheriff, she grows to care deeply for him. But the Sheriff has his own scars and the truth may just send him running.

I really, really enjoyed this book. I enjoyed watching Molly get herself into a big mess with a webb of lies that started with an innocent little wedding ring. I loved all the characters (except for the bad one's, but they made the story interesting). The author wrote about pre-marital sex, acceptance, prejudice against people from different countries and blacks, and crime. I enjoyed this book very much!

As I've read these two books, I've grown to dislike and like Rachel, James' sister. She doesn't like Daniel, who was the hero in the first book, but seems so sweet toward everyone else. Her story will be covered in the third and final book of this series. She and the doctor, heavily used in this book, will have a story of their own. I'm so excited!
Read more
3 people found this helpful
Helpful
Report abuse

bronte
4.0 out of 5 stars Very Relatable Story
Reviewed in the United States on May 27, 2019
Verified Purchase
I adored this story the most of the three books in the series. Don't get me wrong, the whole series is wonderfully done but book two was easier for me personally due to Molly and even James background. I actually took notice of James in book one and before I realized this was a series thought the author should write a story with him. That's how much James impressed me in book one as the author introduced us to him as the loyal friend to Daniel and the sheriff of Timber Ridge. In this book, James is just strong and charming right from the beginning and I like that Molly saw him just as I did when they first met. She was intrigued by James from their first meeting. Cautious because of her predicament but intrigued. I really like the tenacious spirit that Molly had even when she was literally shaking in her boots. That intrigued James. Although instantly physically attracted to her, he was respectful of her achievements in academia and valued her as a friend first. As their friendship bloomed and they fought their feelings, it was frustrating as a reader because I was so invested in their happiness. However the author did an outstanding job showing both sides of the issues that kept James and Molly each living in a continuous oppressive state. The ending was a little too convenient for my taste, but I did appreciate how the author took the reader right back to where it all began for them. Overall a wonderful, refreshing story that shows the reader a lot about God's grace and his timing.
Read more
Helpful
Report abuse

Nancy
4.0 out of 5 stars Forgiveness
Reviewed in the United States on April 28, 2021
Verified Purchase
“God give me the courage to follow your lead wherever it might take me.” This is the prayer said often throughout this book and sums up the story here. Molly is carrying a child out of wedlock and moves west for a new start as a teacher in a small Colorado town. She leads the town to believe she is a recent widow and her lack of honesty has consequences for her and those she has come to love,James, the local sheriff in particular. This a story of second chances and forgiveness and trust in yourself and God.
Read more
Helpful
Report abuse

Raz10
5.0 out of 5 stars Exhilarating from start to finish!
Reviewed in the United States on March 24, 2021
Verified Purchase
I gave the book a 5 for the wealth and depth of the characters especially during this historical time! I liked being able to "feel" the story surrounding Timber Ridge as a place I myself would go to start over! I would suggest this book to someone who would appreciate the historical value of the times represented in the story and the likelihood of enjoying traveling to a time and place in your mind described between each and every page!
Read more
Helpful
Report abuse
See all reviews

Hae-z
3.0 out of 5 stars Beyond this moment
Reviewed in Canada on September 28, 2018
Verified Purchase
I found the book interesting except for the fact that our heroine lived such a life of lies. She knew what she was going to say was wrong, but she deliberately thought about it and decided to lie. She was pregnant and knew eventually everyone would know, but she lied and lied some more. I found that rather too much.
Read more
Report abuse

Augustina
5.0 out of 5 stars By-gone, horse and buggy days
Reviewed in Canada on November 12, 2009
Verified Purchase
Typing reviews are too time-comsuming for me, but I love these types of stories, light, interesting characters with good old-fashioned values, which are so lacking today. A good read. Augustina
Read more
One person found this helpful
Report abuse

Karen L. Kalinka
5.0 out of 5 stars Historical fiction from Cicil war era
Reviewed in Canada on January 21, 2013
Verified Purchase
I have now read all three of the Timber Ridge series and am waiting for more. Tamera does an excellent job of weaving history, dram and romance together within a Christian framework.
Read more
Report abuse
See all reviews
Back to top
Get to Know Us
Make Money with Us
Amazon Payment Products
Let Us Help You
EnglishChoose a language for shopping. United StatesChoose a country/region for shopping.
© 1996-2021, Amazon.com, Inc. or its affiliates