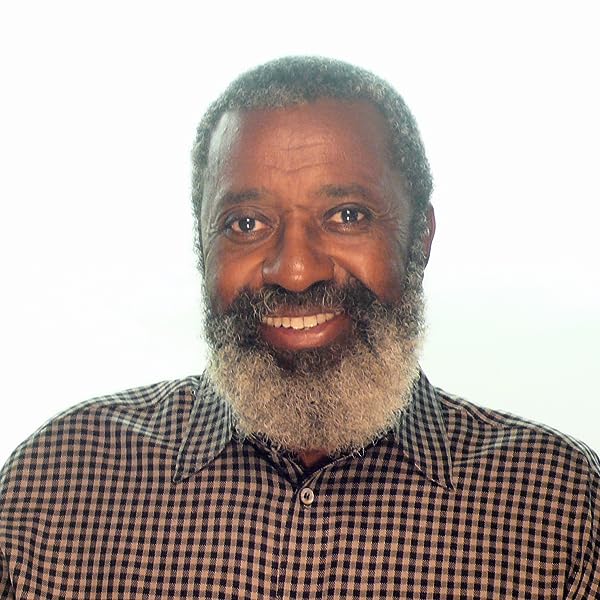 by Donald Crews (Author, Illustrator)
3.7 out of 5 stars 9 ratings
See all formats and editions
Sorry, there was a problem loading this page. Try again.
A counting book
for the youngest --
filled with motion,
excitement, and
suspense. Twelve
riders compete
in a bicycle race.
Who will win?
(A word to the wise:
Keep your eye
on Number 9!)

The honored author-illustrator presents an event ignited with the fever of competition, visible in brilliantly hued pictures. In a city park, 12 boys and girls bestride bicycles and, at the starting signal, they're off in a whirl past the statues and spectators. All except Nine. She can't get her wheels to turn. As the other rivals speed along, a friend helps Nine to repair her bike. After agonizing minutes, she zips up to the rear where (first) Eight is winning with One, Three, Two, etc., see-sawing back and forth. Then Three is out front and Nine, Two, Three, Eight et al. pedal furiously to gain the lead. Young readers will be intent on the delayed girl's progress and on the zesty exercise in counting that Crews incorporates in his thrilling story.
Copyright 1985 Reed Business Information, Inc.

PreSchool-Grade 2 Billed as "a counting book for the youngest," Crews' latest effort falls short. Twelve riders, each dressed in a different color and clearly numbered, are shown warming up. A crowd watches as they ready themselves at the starting line in order, and thenthey're off! But waitthe red bike has a flat. The racers' order changes on each page; number three is in the lead, then six, then three again. Nine is nowhere to be seen as the riders flash past onlookers, but at last she appears and begins to gain on them. As the bikes approach the finish line, nine wins the race to the cheers of the spectators. Simple flat figures with bright colors against a largely featureless background create a convincing portrait of a bicycle road race. The static quality of the pictures gives the impression of stop-action photography. Unfortunately, the text adds little to the story. The list of numbers at the bottom of each page is meant to show the positions of the racers as the lead changes hands. The riders' order is not always clear in the illustrations, however, and the non-sequential numbers could easily confuse a child just learning to count. The book's simplicity would not appeal to those old enough to grasp the meaning. While the concept is striking, the execution doesn't make the grade. Anno's Counting Book (Crowell, 1977) or Pienkowski's Numbers (S. & S., 1981) are better counting books . Lucy Young Clem, Evansville-Vanderburgh County Public Library, Ind.
Copyright 2002 Reed Business Information, Inc.

Donald Crews is the renowned creator of many celebrated children's books, including the Caldecott Honor Books Freight Train and Truck. He and his wife, Ann Jonas, live in New York's Hudson River Valley.

Donald Crews is the renowned creator of many celebrated children's books, including the Caldecott Honor Books Freight Train and Truck. He and his wife, Ann Jonas, live in New York's Hudson River Valley.

3.7 out of 5 stars
3.7 out of 5
9 global ratings
How are ratings calculated?
To calculate the overall star rating and percentage breakdown by star, we don’t use a simple average. Instead, our system considers things like how recent a review is and if the reviewer bought the item on Amazon. It also analyzes reviews to verify trustworthiness.
Top reviews

waldorf_curric
VINE VOICE
5.0 out of 5 stars Perfect for reviewing the numbers 1 through 12
Reviewed in the United States on October 29, 2021
Verified Purchase
I agree with the reviewer who said that this book is not best for preschool children learning their numbers. That is true, since the order of the riders continually changes throughout the race. If you don't know your numbers, it would be confusing. What it is GREAT for, however, is reviewing how to read the numbers one through twelve once you have taught them to your child.

In Waldorf, 12 is usually the highest number in the first math block in first grade, the Quality of Numbers. For this block, this book is a perfect culminating activity. You as the parent can read the order of the riders at each stage of the race (they are helpfully listed each time below the illustration). Your child can read the numbers printed on each bike helmet and point to each rider as you read them off. At each turn of the page, the numbers have changed, so your child has to really pay attention. Excellent!

The numbers on the helmets are printed very clearly in black, and the rainbow colors of the riders lends an extra snappiness to the pages. To me, this book is a must-buy.

Anonymous
1.0 out of 5 stars Disappointed! There are several ripped pages.
Reviewed in the United States on September 25, 2021
Verified Purchase
Vendors should not be allowed to sell books with ripped pages. This is a preschool book with torn pages. The story and art can not be fully appreciated.
Read more
Helpful
Report abuse

John J. ONeill
5.0 out of 5 stars My daughter loves this book
Reviewed in the United States on December 1, 2008
Verified Purchase
I bought this for my daughter when she was only two or three years old and my wife and I read it to her at many many bedtimes. She made us give names of friends and family to each rider and she would make herself the winner most of the time. Young kids will love to hear and learn to read with this book
Read more
Helpful
Report abuse

Elissa L. David
5.0 out of 5 stars Fun, exciting, great design.
Reviewed in the United States on July 12, 2017
It's such a simple book, but it captures the drama and excitement of a bike race. The background illustrations of the fans lead to lots of interesting speculation about what they think of the race when you read this book out loud to a child. The spectacular double-page illustration of the riders passing by the river and their reflections is Tour de France helicopter beauty shot worthy.
Read more
Helpful
Report abuse
See all reviews

Rosa Maria Bertoli
2.0 out of 5 stars Amazing book, misleading description by seller
Reviewed in the United Kingdom on November 2, 2020
Verified Purchase
I am very happy I got this book, it's a brilliantly illustrated story. However, seller mentioned it was in 'Very Good' condition. In fact, the book was in Very Poor condition with faded cover, torn pages, library stickers on the covers etc. We are still enjoying its contents but I would not have bought it had I known how badly kept it was.
Read more

2.0 out of 5 stars Amazing book, misleading description by seller
Reviewed in the United Kingdom on November 2, 2020
I am very happy I got this book, it's a brilliantly illustrated story. However, seller mentioned it was in 'Very Good' condition. In fact, the book was in Very Poor condition with faded cover, torn pages, library stickers on the covers etc. We are still enjoying its contents but I would not have bought it had I known how badly kept it was.
Images in this review

Report abuse
See all reviews
Back to top
Get to Know Us
Make Money with Us
Amazon Payment Products
Let Us Help You
EnglishChoose a language for shopping. United StatesChoose a country/region for shopping.
© 1996-2022, Amazon.com, Inc. or its affiliates