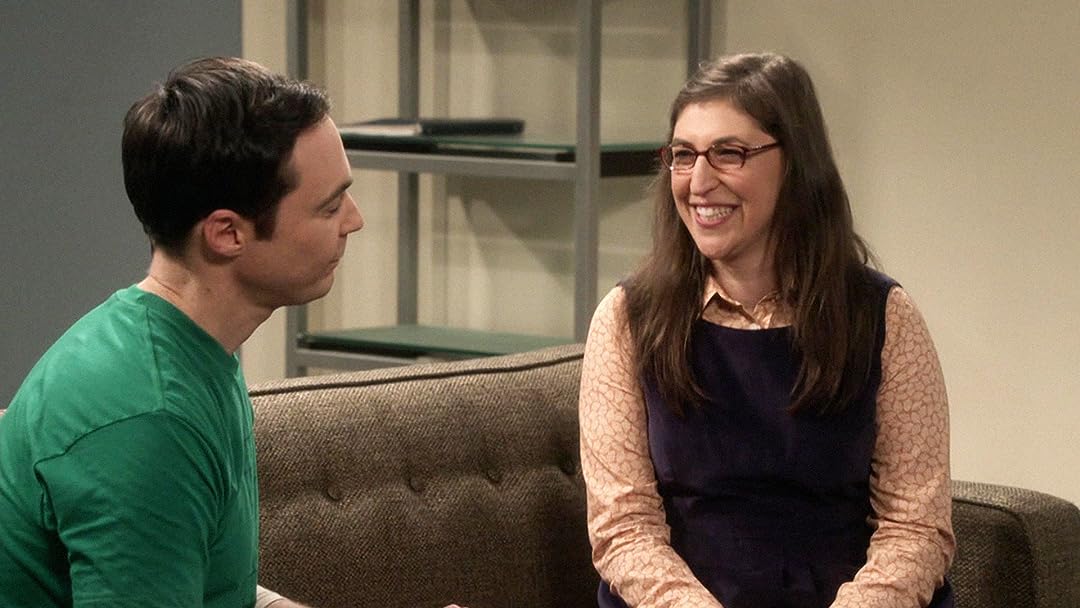 (8,857)
8.12018X-Ray13+
Leonard and Penny have gotten married… twice! Sheldon has not only experimented with cohabitation, but he’s proposed to neurobiologist Amy Farrah Fowler. Meanwhile, there’s still time for science, science-fiction and the comic book store, while Raj and Stuart help out Howard and Bernadette with new baby Halley. Prepare for comedy to enter the eleventh dimension!

JMCReviewed in the United States on September 15, 2018
2.0 out of 5 stars
Tape Quality Video! ONLY TWO DVDs, 24-eps, should be 3 disks
Verified purchase
Once I started watching I had to dig out a program to check the bitrate.
And what I was afraid of... "3.1Mbps". About the bitrate of video tape from the 80s!
Could not believe what I was seeing as I watched the show.
"Lucifer3" video quality is the SAME.
Are they trying to force everyone to buy BluRay disks now?

HarmonyReviewed in the United States on September 29, 2018
1.0 out of 5 stars
Worst Season Ever!
Verified purchase
I have been watching this show since it first came out & for the most part really liked almost every episode of the first ten seasons! I have enjoyed the idiosyncrasies of each of the characters & laughed & cried with them through the years! I enjoyed their interactions with each other & watched the growth of each of their characters. But this year, was the worst, the cheapest, the most sorry group of actors ever brought together on the stage. So they didn’t have money for costumes - no problem-Bernadette wore the same thing in literally every show! And Penny’s Drug Rep Job - she was evidently fired & got paid for sitting on the couch in her apartment with Leonard, who luckily didn’t have to go to work at the university anymore either! The characters didn’t seem to like each other & most of their dialogue was immature, uninspired & just plain nasty when talking to each other! The one small bright spot was watching Amy & Sheldon develop their characters both individually & as a couple! It was a unique & long awaited opportunity! Other than the two of them, I don’t ever want to watch the rest of the cast fumble through any more of the the most poorly written TV Sitcoms in a decade! The Character development of ten years was fatally crushed in these few episodes!
15 people found this helpful

Sgt. O.Reviewed in the United States on October 2, 2019
2.0 out of 5 stars
Disappointed: Tired of the reverse sexism
Verified purchase
I'm gonna keep this short, basically, the character "Bernadette Rostenkowski" is a chauvinist against men. She constantly belittles and cuts down Howard, his intelligence, character, role as a father, along with his male compatriots down and is generally snide, very disrespectful, cutting and sarcastic. I realize that sit-coms are built off wit and much sarcasm, I also realize that Bernadette has a reputation in later seasons of this show of being "mean and scary", but whoever does the scripting for this show seems to have a real ax to grind with one half of the human race, aka men. After watching this season, I couldn't stomach the hate, and sold my copy online. I couldn't keep this male-bashing garbage on my movie shelf in good conscience. Society is all about women's empowerment and inspiration these days, and rightfully so, but guess what, if you have to cut men down to do it, you're not that great of a screenwriter and have only reversed the equation. If male characters spoke to female characters the ways Bernadette does in season 11, there would be mass outrage for portraying women as weak and disrespected. Will America learn? Do we truly want equality between the sexes or merely to smear men, from vindictive spite and resentment. This was not clever and not humor to me. I'm done with the show. Best of luck to Leonard, Sheldon, Penny and the rest. You guys were great for many years. Much love.
4 people found this helpful

DroplaReviewed in the United States on September 26, 2017
5.0 out of 5 stars
I would LOVE to hear what Sheldons response would be to the ...
Verified purchase
Im loving the new season already!! Laughed out loud twice (which is hard to get me to do) in the first 10 minutes!

On another note, I would LOVE to hear what Sheldons response would be to the genious involved behind the 1 star ratings people gave for not being given the shows before they are out. Just wow lol

OrangeAlertReviewed in the United States on January 7, 2022
5.0 out of 5 stars
I Bought All 12 Seasons at Once!
Verified purchase
How Can You Help But Love This Show? Example:

Sheldon to Police: THEY TOOK EVERYTHING!
Police to Sheldon: But nothing is missing?
Leonard to Police: He's referring to his stupid "World of Warcraft" online Gaming Account
Police to Leonard: He's a Doctor???.
Leonard: Yes. But don't worry. Not the kind that sees people.
Penny runs in: Poor thing. Here is a day old Cheesecake from work.
Sheldon to Penny: Stale Pastry is Hollow Succor for a Man who is Bereft of Ostrich.
(Penny is Sheldon's ONLY HUMAN HOPE of having his FEELINGS UNDERSTOOD.. Sheldon is a fraidy-cat who always got bullied and tortured like all of the nerds. Sheldon was a Warrior in "World of Warcraft" which he played online for thousands of hours over many years. He came to win a WAR OSTRICH. HE NAMED HIM GLEN. Now to Sheldon? Glen was REAL. GLEN was a NOBLE WARRIOR who wore. an unadorned leather vest. GLEN HAD BEEN PROTECTING SHELDON'S FEARS 24/7 since he EARNED him in the game. When some JERK hacked online into his account? They were able to steal all he possessed. INCLUDING GLEN. SHELDON was DEVASTATED.

When Penny are running to help in this misunderstood emergency? She grabbed a free out-dated cheesecake from work for Sheldon to be nice. When Sheldon saw "HIS PENNY" reducing the gravity of the situation (in his interpretation) with an old cheesecake? That's when I heard the best-written line in TV sitcom, ever "Stale Pastry is Hollow Succor for a Man Who is Bereft of Ostrich". I knew the gist of the words, but when I looked up the definitions to get the full meaning: pure brilliance.

Now I haven't fully plot-spoiled. I WILL reming you: 1.Penny always comes through. 2. Does Not fear bullies. 3. IS the bully. 4. Uses "Nebraska Style" to fix problem people. Sometimes I think the entire show is about Sheldon and Penny's evolving relationship, and how they are each others "Wizard of Oz".

TomReviewed in the United States on September 12, 2020
5.0 out of 5 stars
The Big Bang Theory eleventh season is excellent as the show has been since the fifth season.
Verified purchase
I consider The Big Bang Theory and Frasier as the two best situation comedies ever. Frasier started out great. The first few seasons were outstanding. There were some poor episodes in later seasons, but overall was good throughout its eleven years. The Big Bang Theory first three seasons were okay, but not great. The fourth season was a transitional one. Then, starting in the fifth season it got better and better and better. The eleventh season has some great episodes. The continual arc throughout the season is the engagement of Sheldon and Amy, culminating in their wedding. I have mixed feelings about the episode where they introduce Sheldon's brother as an adult. He was already introduced as a teen on Young Sheldon. So, they had to deal with him in TBBT. I think that they did a good job with it. However, I sort of resent Jim Parsons forcing the end of TBBT while continuing Young Sheldon, the show he produces. Overall, the eleventh season of the Big Bang Theory is excellent.
See all reviews
Back to top
Get to Know Us
Make Money with Us
Amazon Payment Products
Let Us Help You
EnglishChoose a language for shopping. United StatesChoose a country/region for shopping.
© 1996-2022, Amazon.com, Inc. or its affiliates