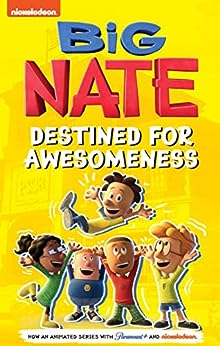 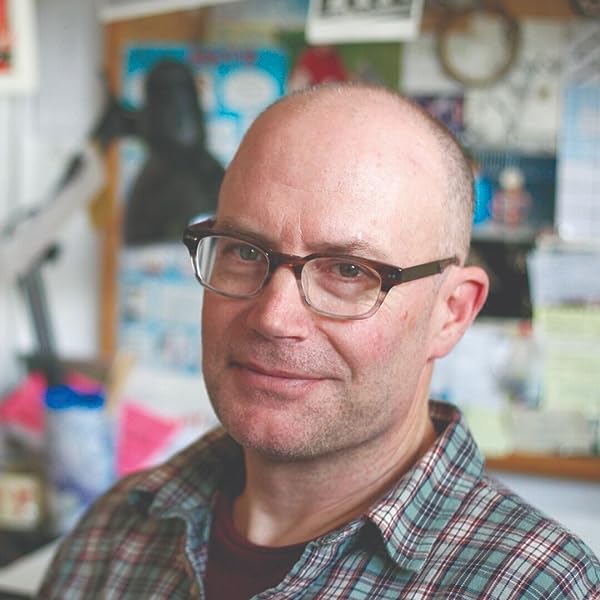 by Lincoln Peirce (Author) Format: Kindle Edition
Book 1 of 2: Big Nate TV Series Graphic Novel
See all formats and editions
Sorry, there was a problem loading this page. Try again.
This dynamic graphic novel based on the new Big Nate animated series on Paramount+ and Nickelodeon includes stories from three different episodes, featuring visually stunning, full-color CG artwork. Starring Nate, Francis, Dee Dee, Teddy, and friends, these hilarious escapades will thrill longtime Big Nate fans as well as new readers. It's Big Nate like you've never seen him before!
Sixth-grader Nate Wright believes he is AWESOME. At least that’s what he’ll tell you. Truth is, he has his doubts. But he’s not about to let the rest of the world know that. Instead, Nate finds himself constantly trying to prove how great he is to everyone around him. But there are many bumps on the road to Awesomeness, from his annoying sister, to his academic arch-nemesis, to his pure evil social studies teacher.

Luckily, Nate is able to express himself through the world of cartoons that he creates. Cartoons are his super power. They express the way he feels and bring his overactive imagination to life. On the outside, Nate seems confident and sure of what he is doing, but his cartoons reveal who he truly is: a little uncertain, but very funny and always entertaining. Charming, mischievous, and a magnet for misadventure—trouble is always fun when Nate is around. Just ask his friends!

Big Nate: Destined for Awesomeness includes stories from three episodes of the new animated series on Paramount+ and Nickelodeon. In "The Legend of the Gunting," Nate finds himself only one detention away from disappearance, according to an ominous P.S. 38 legend. In "Go Nate, It's Your Birthday," Nate's use of his father's credit card leads to all kinds of great adventures—and an epic race to recover from disaster. And in "CATastrophe," Nate finally gets a chance to spend time with his imagined true love, Jenny, only to wind up terrified of her pet.

Featuring dazzling art from the TV series and all the charming characters of Lincoln Peirce's bestselling books, this new graphic novel series will delight both new and longtime fans of Big Nate.
Read more
Previous page
Next page
Read this book on comiXology. Learn more
Kindle e-Readers
Fire Tablets
Free Kindle Reading Apps
Available on these devices
All 2 for you in this series See full series

Lincoln Peirce has been drawing the Big Nate comic strip for over 30 years. Born in Ames, Iowa, Peirce grew up in Durham, New Hampshire. As a kid, he began creating his own strips in the sixth grade. Peirce taught high school in New York City and has created several animated pilots for Cartoon Network and Nickelodeon. He lives in Portland, Maine, with his family. --This text refers to the paperback edition.

Amazon Customer
5.0 out of 5 stars A great series!!! Buy for your child immediately!!!!
Reviewed in the United States on October 16, 2022
Big Nate- Destined For Awesomeness is an amazing book! This is a fabulous book from the NICKOLODEON art. My 10 year old son loved this book and wanted read it again…. If you’re children love big nate, and they haven’t watched the series, This book is necessary to buy!!! This book is ages 9+.
Images in this review

Amazon Customer
5.0 out of 5 stars Hahahha
Reviewed in the United States 🇺🇸 on December 21, 2022
Verified Purchase
This book is hilarious. It's the misadventures of a boy named Nate, who is a middle schooler at PS 38. He tries to impress a girl, get out of credit card debt, and not get Gunted. It's hilarious, a recommended read. Bye!!!
Read more
Helpful
Report abuse

Elizabeth whomsley
4.0 out of 5 stars Super cool wish they were more free ones like this tho:-(
Reviewed in the United States 🇺🇸 on December 29, 2022
Verified Purchase
I liked the book alot and I think u should make more

Kindle Customer
5.0 out of 5 stars A great series!!! Buy for your child immediately!!!!
Reviewed in the United States 🇺🇸 on October 16, 2022
Verified Purchase
Big Nate- Destined For Awesomeness is an amazing book! This is a fabulous book from the NICKOLODEON art. My 10 year old son loved this book and wanted read it again…. If you’re children love big nate, and they haven’t watched the series, This book is necessary to buy!!! This book is ages 9+.
Read more

Kindle Customer
5.0 out of 5 stars A great series!!! Buy for your child immediately!!!!
Reviewed in the United States 🇺🇸 on October 16, 2022
Big Nate- Destined For Awesomeness is an amazing book! This is a fabulous book from the NICKOLODEON art. My 10 year old son loved this book and wanted read it again…. If you’re children love big nate, and they haven’t watched the series, This book is necessary to buy!!! This book is ages 9+.
Images in this review

Review: Full disclosure: I am a HUGE fan of Big Nate and his world. Had I a bit more nerve, I would have been Nate as a child (though maybe a bit smarter about things), so between the sarcasm, narcissism, bad jokes, worse plots, and his battle with school teachers, administrators, and pretty much anyone in authority, I was geared for this one. Have read at least a dozen or more collections of Lincoln Peirce's about this irascible, slightly nuts sixth-grader over the last few years, so was ready.

But this one's different; it's actually the first of a series of books based on the new Paramount+ animated series starring Nate and his friends and family. Instead of a collection of comic strips, here you have full-color panels laying out three episodes from the show, complete with comic speech bubbles. Not having Paramount+, I haven't seen the show, so seeing all these beloved characters not just in color but in 3D was a bit jarring (not in a bad way). Further, instead of three-panel or Sunday paper vignettes that basically tell a single joke, here Nate's antics play out in three fully-narrative stories, each episode with its own beginning, middle and end.

The Legend of the Gunting (probably my favorite), about Nate's herculean efforts to avoid one more detention for the week, is funny and goes nicely nuts with a new kid in school who makes Norman Bates look like Shirley Temple. Go Nate! It's Your Birthday, which went a bit over-the-top for me in regards to what I'd think even Nate would try to get away with, outlines the perils of (purposefully) misinterpreting how your dad tells you to use his credit card. Lastly, CATastrophe! is about Nate's crippling fear of felines ... and when he has to deal with one first-hand, in order to get a certain girl's attention and a class project completed.

Well done and a fun read ... but what blew my mind was when, not too far into the book, I realized how much the images reminded me of my own childhood obsession with ViewMaster reels. Between the speech bubbles and pop-out words to express action and the 3D animation, it was like clicking through an old ViewMaster again, and the warm memories that THAT brought alone only added to what was already a funny, enjoyable, action-packed read. (Available August 30) 4/5 stars

I was given a complimentary copy of this book.
All opinions expressed are my own.
Read more
Helpful
Report abuse

Wayne A McCoy
2.0 out of 5 stars I love Big Nate, but this wasn't Big Nate in my mind
Reviewed in the United States 🇺🇸 on September 22, 2022
'Big Nate: Destined for Awesomeness' by Lincoln Peirce is a graphic novel adaptation of three episodes of the new Big Nate animated series.

In the first story, Big Nate is on the verge of too many detentions in one week, triggering a school urban legend. In another, Nate has a terrible birthday until his dad mistakenly lets him use his credit card, which ends in a dog sled race. In the final episode, Nate's fears of cats jeopardizes his school project and his crush on Gina. Each chapter ends with the Big Nate original cartoon that likely inspired it.

I haven't seen the series, but I am a Big Nate fan. This didn't ring true to me as a fan. I much prefer my Big Nate in the normal shorter comics. The art is from the show, and it's actually not too bad.
Read more
3 people found this helpful
Helpful
Report abuse

JennyCuppyCake4
5.0 out of 5 stars Big Nate
Reviewed in the United States 🇺🇸 on September 19, 2022
Verified Purchase
Our son is so excited to have this book after he started reading it through an app
He requested it at the start of school and loves reading it
We also pre- ordered part 2
Read more
One person found this helpful
Helpful
Report abuse
See all reviews
Report an issue
Does this item contain inappropriate content?
Report
Do you believe that this item violates a copyright?
Report
Does this item contain quality or formatting issues?
Report